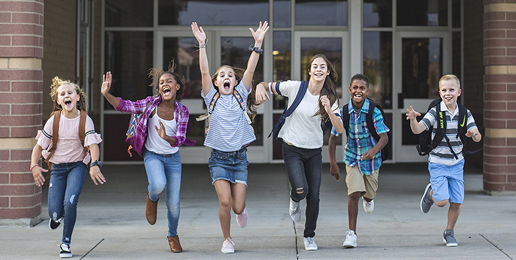 If You Care About Children and America’s Future, Keep Your Kids Out of Public Schools
Written By Laurie Higgins   |   03.09.22
PRINT

Once upon a time, I held a naïve hope that public education could be pried loose from the grimy grip of self-righteous, presumptuous, intolerant, diversity-loathing, idea-banning, illiberal bullying leftists fluent in Newspeak. That was then. This is now.

Now I know that is not possible—at least not in time to educate properly children who are currently in school or soon-to-be in school. There are good signs that a movement is afoot to challenge the MAN—who now is a homosexual, drag queen who uses the pronouns fae, faer, faers, and faerself.

A few communities are battling to replace their partisan/activist school boards. There is growing vocal opposition to the promotion of critical race theory-derived assumptions, gender theory, and obscene material. And a few state legislatures are banning cross-dressing boys from participation in girls’ sports.

While these are significant developments, even if successful, they are but a pea shot into an ossified, systemically biased, massive infrastructure composed of leftist controlled school administrations, school boards, state boards of education, state legislatures and ancillary leftist controlled organizations like teachers’ unions; the American Library Association; the Modern Language Association; the Gay, Lesbian and Straight Education Network, the Illinois “Safe” Schools Alliance, and all the organizations that profit from selling their racist “anti-racism” and pro-homosexual, pro-“trans”-cultic snake oil to public schools—all in the purported service of “safety” and “inclusion.”

Anyone who’s been paying attention knows that in recent years, Illinois’ ideologically non-diverse General Assembly has passed several laws requiring taxpayer-funded schools to preach leftist assumptions about “gender” and sexuality starting in kindergarten and to indoctrinate faculty with those same assumptions through “professional development.”

It’s not just Illinois, the Land of Illiberalism that’s corrupting public education. What’s taking place just over the border in Wisconsin illustrates the presumptuousness of public servants in indoctrination camps that self-identify as “schools.”

Last month, Empower Wisconsin exposed a bit of what an Eu Clair Area School District (ECASD) in Eu Claire, Wisconsin imposed on all staff and faculty during their Feb. 25, 2022 “Equity Professional Development” on “Safe Spaces.” (Is there any word more abused by leftists than “safety”?) A slide presentation included this galling statement:

Remember, parents are not entitled to know their kids’ identities. That knowledge must be earned.

Who put leftists in charge of what parents are entitled to know about their own children? Who gave leftists the moral authority to conclude that parents must earn the right to know their children’s “identities”?

That claim is brazen and presumptuous. For those who have worked in public schools or studied closely what’s been taking place incrementally over the past three decades, such a claim is not, however, surprising. And it’s widely shared by leftists in schools across the country.

The Federalist reported that Superintendent Michael Johnson justified this violation of parental trust by saying he wants to create an “equitable, safe and inclusive” place “for all students.” Further, Johnson said,

Our staff often find themselves in positions of trust with our students. The staff development presentation shared extensive data and information to assist our staff members in our ongoing efforts to create a safe and supportive learning environment for all students. … The ECASD prides itself on being a school district that makes all students feel welcome and safe in our schools.

If staff members found themselves in positions of trust with students who identified as zoophiles, sibling lovers, or polyamorists, would parents have to earn the right to that information?

Are Johnson et al. concerned about cultivating the trust of parents or about making all parents feel welcome and included?

Johnson asserted that “the staff training focused on data showing students who identify as non-heterosexual have a higher incidence rate of mental health issues than heterosexual students.” Did Johnson and his buddies look at long term health risks from “transitioning”?

Did they examine material suggesting that gender dysphoria—like depression, anxiety, and suicidal ideation—may be a symptom of some other underlying condition or caused by trauma?

Did Johnson and his propaganda collaborators look at the data and information regarding detransitioning?

Have Johnson and his ideological compeers researched deeply the issue of Rapid Onset Gender Dysphoria—a social contagion that is resulting in explosive growth in the number of adolescent girls suddenly deciding they’re boys—a heretofore nonexistent phenomenon?

I will conclude with this call from philosopher, theologian, and Princeton law professor Robert P. George a year ago–a call that’s even more urgent today:

The state-run schools in New Jersey and elsewhere now reflect the adoption by the State of an established religion. It is not a traditional religion, and it is not theistic, but it is a religion nonetheless–a system of ideas embodying a particular view of human nature, the human good, human dignity, and what is most important (“sacred”). The public schools are as “religious” today as they were at the beginning when they reflected the Protestant Christianity that was dominant when public education began in the U.S. in the 1830s. The difference is that Protestant Christianity has been replaced by secular progressive ideology.

If secular progressive ideology is not your family’s religion, your kids don’t belong in schools dedicated to promoting it–and to indoctrinating children in it. Your kids should be brought up in your own faith. Allowing them to be educated in a set of dogmas that are antithetical to your own beliefs simply makes no sense.