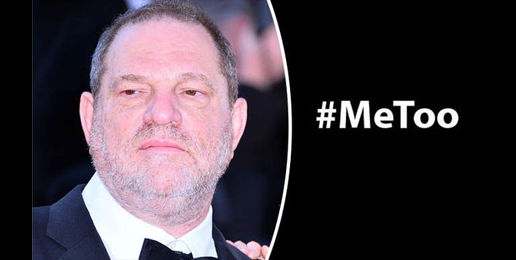 What is really going on with the “Weinstein women” and the multitude of others who are now coming out and pointing fingers at men who made debauched advances toward them?  Was Harvey Weinstein’s behavior only offensive because the women weren’t interested?  If  the women had been pleased to go along would that mean that his behavior was acceptable?  I have not heard one person even try to suggest such a thing, and I am quite certain I won’t.  No one believes that the only reason Weinstein’s behavior was unacceptable was because these women were a little “prudish.”

The adjectives now attached to the man include “slimy,” “pervert,” “debauched” and, well you get the drift.  In other words, if let’s say a talk show host were to suggest that these women rejected Weinstein’s advances only because they had high moral standards he would be scorned.  If he suggested it was because they were “prudes” he would be out of a job.  It is extraordinarily clear that these women saw Weinstein’s behavior as inherently offensive, and so does everyone else.  Indeed, Hollywood, as an institution, and the Left understand that they have been exposed, pun intended, and have made it abundantly clear that they also KNOW such boorish behavior is objectively offensive.

So, we are led to a very interesting place.  The light finally penetrating the darkness of that community has also exposed something even darker.  If the behavior of Mr. Weinstein et al is inherently offensive, whether the women had welcomed it or not, how can the Left declare that the identical behavior, in the homosexual community, is not only acceptable but to be celebrated?  Just catch their next parade and you will witness the same and much worse, only not in private but before the entire world!

Here is the rub: consider this other pillar of Leftist dogma, that there is no significant difference between the genders.  If certain sexual behavior is right for one gender, it must be right for both, correct?  Is that not foundational Leftist doctrine?  Will the Left now demand that these women “get over it?”  Will they call these women “haters” and “bigots?”  Will they say that it’s only offensive because they are women?  Hmmm.

Are there gender differences after all?  WOW!

The Left is on the horns of an existential dilemma, either their claim that the sexes are the same is wrong, or their claim that common homosexual behavior is normal is wrong, or both!  I vote for both.  But, the Left has never let facts get in their way before, so I have no great expectations of a sudden epiphany now.  For them, on any given day 2+2 may equal 17, 23, 64 or 1, and they see no conflict in affirming this.  We, who know that 2+2 always equals 4?  Well, we’re  just bigots.  The Left, without missing a beat, will, with great hand-wringing, allow these women to call the behavior debauched, but we, calling it debauched, are bigots.

Regardless, for those whose eyes are open it is impossible to miss the fact that the Emperor Left has no clothes.