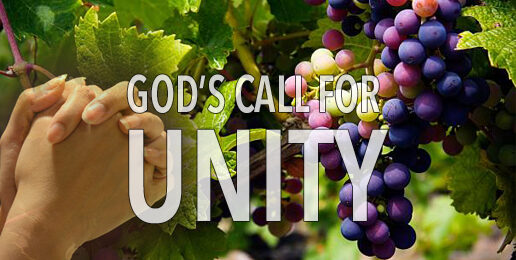 In the Gospels, often we see Jesus going to a secluded place to spend time with the Father in prayer.  We are blessed to have some of the prayers of Jesus recorded in the Holy Scriptures. He prayed at the tomb of Lazarus in John 11. He prayed a prayer of thanks in Matthew 11. We also see Him talking to the Father on the Cross. But one of the most intimate prayers our Lord prayed was in the Garden of Gethsemane. Moments before His arrest, Jesus’ humanity was on display as He poured His heart out to the Father.

This prayer of Christ is recorded in all four Gospels.  He prayed for several things, including God’s will, even at His expense.  But He also prayed for you and for me:

He prayed that His followers would be one.

This week, the Southern Baptist Convention had its annual meeting in Tennessee, and there was much division within the denomination on several major issues. Unfortunately, I believe it’s a reflection of many of our churches today. While your church may not be arguing over critical race theory, you may be divided on whether the pastor should wear a tie. Or if a TV should replace a projector. Or what color a particular classroom should be. There have even been (and still are) divisions regarding the wearing of facial masks in response to the COVID-19 pandemic.

Yes, there are some things we need to be divided over, especially when truth is being compromised, but the color of the carpet isn’t one of them. Out of the countless things that Jesus could have prayed for in the Garden, He prayed that you and I would be one, just as He and God the Father are one.

The Apostle Paul built off of that truth in Ephesians 4:2-6, which says,

“with all humility and gentleness, with patience, bearing with one another in love, eager to maintain the unity of the Spirit in the bond of peace. There is one body and one Spirit—just as you were called to the one hope that belongs to your call – one Lord, one faith, one baptism, one God and Father of all, who is over all and through all and in all.”

I could give you a typical 3-point sermon outline on how we could accomplish unity within the Body of Christ—but as we move on through the month and the year, let’s simply pray: Lord, help me be patient with my brothers and sisters. Enable me to keep the spirit of peace within the body and help me be a peacemaker for You today, and every day. Amen.

Here are some additional prayer bullet points to petition the “Prince of Peace” in the days ahead:

And do not be afraid of those who kill the body but are unable to kill the soul;
but rather fear Him who is able to destroy both soul and body in hell.