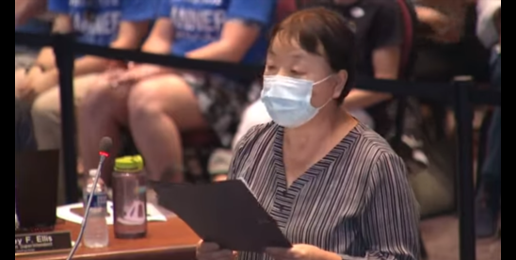 The poisonous effects of the promulgation of Critical Race Theory (CRT)in both leftist-controlled public schools and private schools—including even Christian private schools—are seen daily. We see the effects in graduation ceremonies ruined, employees fired, and scores of BLM/Antifa “insurrections” that resulted in the destruction of government property and injuries to police officers.

At last, however, the justified and overdue resistance to CRT and its diverse manifestations are burbling up all over the country. For those of us who have labored for well over a decade to warn Americans about the destructive work of leftist change agents, the burbling of righteous rage is a welcome sight.  But far more work is needed and that will require organization, courage, and perseverance.

Laws are being passed to stop the flow of socially constructed leftist theories on race and sex, including CRT, and in many districts around the country, conservatives are organizing to restore ethical and pedagogical sanity to school boards. Many school boards are feeling the wrath of those who have been ill-served by their embrace of CRT, of which many board members remain ignorant even as they embrace it.

While the 2020 BLM/Antifa insurrections should have been sufficient evidence of the destructive effects of CRT in schools and universities, there’s plenty more evidence, including testimonies from those who have escaped tyrannical regimes around the world and see the ideological similarities between CRT and other authoritarian regimes.

In Loudon County, Virginia, a survivor of Mao’s Cultural Revolution chastised the board for allowing CRT into the classroom, pointing out the tactical and ideological similarities between Mao’s Communist beliefs and those of CRT that divide society and teach children to “loathe” their country:

An impassioned black mother in Loudon County let the partisan board have it in a barn burner of a comment:

CRT is not an honest dialogue. It is a tactic that was used by Hitler and the Ku Klux Klan on slaves many years ago to dumb down my ancestors, so we could not think for ourselves. CRT is racist. It is abusive. It discriminates against one’s color. … Today … we want action and a backbone for what we ask for: to ban CRT. We don’t want your political advertisement to divide our children or belittle them. Think twice before you indoctrinate [with] such racist theories. You cannot tell me what is or is not racist. Look at me! I had to come down here today to tell you to your face that we are coming together, and we are strong. This will not be the last greet and meet, respectfully.

In Douglas County, Colorado, a mother of two decried CRT to her local school board, pointing out the difference between equality of opportunity and “equity,” which demands children be treated differently in order to socially construct identical outcomes.

She further illuminated the damage done by telling children that some of them are oppressors by virtue of their skin color and others are oppressed victims, a false idea that robs them of a sense of agency in and responsibility for their actions.

Perhaps most important, she exposed the fact that the district was usurping the right of parents to control their children’s education. She exposed that district training in CRT referred to parents as “dissenters” and excluded parents from those deemed “stakeholders.”

Several Arizona parents opposed CRT, arguing that it divides society—including children—based on attributes wholly unrelated to character. One mother shared the pain of having her children ostracized by former friends because they—her children—are white and their father a police officer.

A father attributed the destructive 2020 riots to the public educational system inculcating them with divisive identity politics that foster mistrust. And he asserted—rightly—that while CRT-infused curricula teach children that America is racist and sexist, it is not.

A third woman discussed growing up on welfare in Chicago in a situation that no child should experience but one which reinforced the American idea that from such struggles can come important lessons about overcoming adversity. In contrast, she argued, CRT,

promotes taking from one group in order to compensate a second group to correct injustices caused by a third group who mistreated a fourth group at an earlier point in history.

Many school board members have neither read nor thought deeply about CRT. Few if any have read critiques of CRT. Many school board members demonstrate the same kind of lemming-like ideological incuriosity of teachers and the same absence of the ability to critically think about ideas. Remember that as you form coalitions to challenge the absence of diversity in curricula and professional development on the issues of race, race relations, and sexuality–all of which are central to CRT.

Ask them if they believe the assumptions of CRT are disputable theories or objective inarguable facts.

Ask them if when students or staff are taught ideas integral to CRT, they should be taught that these ideas are, in fact, theoretical and disputed.

Leftist change agents claim there is no truth and that they value diversity and tolerance. Don’t believe them. They believe not only that absolute truth exists but also that they have a corner on it. And they think all dissenting views are unworthy of tolerance. Worse still, in their overweening presumptuousness, they believe it’s their right and responsibility to turn other people’s children into leftist activists even if that entails leading them to reject their parents’ beliefs and their parents.

Make your school board feel the heat.