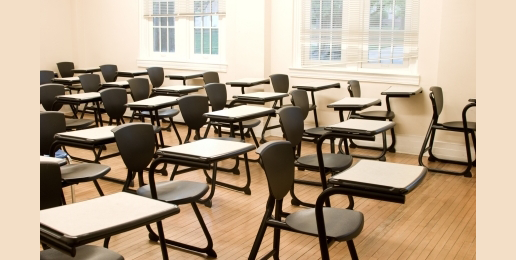 In an October 2015 article about attendance rates in Illinois School District 60, the Chicago Tribune reported  that “average daily attendance is up from 92 percent in 2010 to around 94 percent in 2014, and it hovers about equal to the state average, according to state board of education data.”

So the state daily attendance average is about 94 percent, and according to New Trier High School officials, student attendance on the controversial All-School Seminar Day on race was 77 percent. According to the North Cook News, more than 900 students were absent. Retiring superintendent and spinmeister Linda Yonke stated the obvious that attendance “was lower than a regular school day.”

Not to worry though about the popularity of dogma day because Linda Yonke also claims the low attendance rate was expected “for a day like this when there were no tests or homework assignments.”

Riiight, the 900 absences had nothing whatsoever to do with the whiz-bang, taxpayer-funded “progressive” phantasm that included over 100 sessions and 38 speakers (who were paid collectively about $28,000)–none of whom were discernibly conservative in perspective. I’m still hoping someone will find out how many of the speakers “identify” as conservative.

Controversy Grows Over Imbalanced Seminar on Race
b
a
x
r