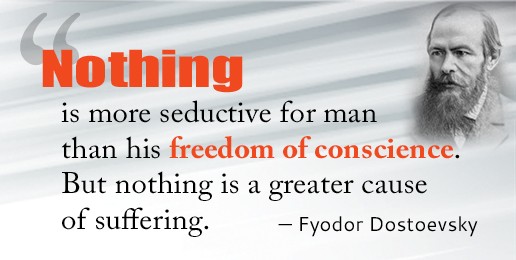 An important lesson I learned early in my theological training was that I ought never violate my own conscience and I must never put pressure on others to violate theirs.  To do so would be immoral and unethical.  One’s conscience may be incorrect, and it is appropriate to educate it when necessary, but in the mean time, it must not be crossed lest that vital “alarm” be deadened.

With the politicians in Springfield debating whether to require medical professionals who oppose abortion to refer abortion seekers to others who will provide those services we see the government of the State of Illinois taking actions that no ethical person can take.  Those of us who oppose abortion see this as similar to someone approaching us to do a “hit” for them, but finding we will not, enlisting the government to force us to refer them to someone who will!

The First Amendment of the U.S. Constitution was drafted for the specific purpose of protecting the sanctity of conscience.  The government must never be permitted to force people to in any way support actions that violate their personal convictions.  This vital protection has been eroded significantly already, but it must be reestablished!

SB 1564 is not merely a bad piece of legislation that goes against the most precious values that made America great, it is also an insult against young women!  What it says is that while a woman may be wise enough and smart enough to choose an abortion, she may well be incapable of finding an abortion provider on her own.  Apparently, the Yellow Pages and Google are just too complicated for her.  In fact, she may be so helpless that the only possible way for her to exercise her choice is to force those who disagree with her to help her locate an abortion provider!

Does this mean the Left sees its conservative opponents as smarter than these young women?

I am sure that proponents of this legislation would reply that the trauma of an unwanted or crisis pregnancy sometimes makes such things as locating assistance difficult.  Well, maybe, if the “crisis” of the moment is such that she struggles to use the moderately simple contemporary tools available for locating service providers, she is in that moment too confused to terminate the life within her as well.

Take ACTION: Click HERE to send an email or a fax to your state representative. Ask him/her to uphold Rights of Conscience for medical personnel, and vote NO to SB 1564.

Please also call your state representative during normal business hours to politely ask them to uphold the rights of conscience for medical personnel.  The Capitol switchboard number is (217) 782-2000.