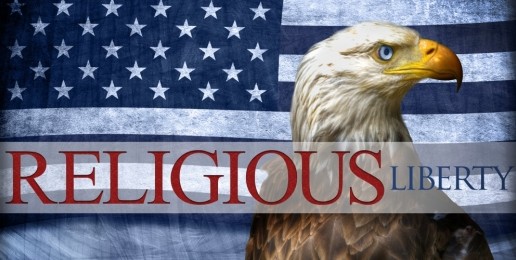 This morning, the Supreme Court of the United States (SCOTUS) handed down a highly anticipated ruling that affirmed First Amendment  protections of religious liberty and freedom of conscience.  In this particular ruling it means that our government does not have the authority to force family businesses like Hobby Lobby and Conestoga Woods to provide abortifacient drugs and contraceptives in their health care plans.

The Illinois Family Institute celebrates this important decision in favor of religious liberty and freedom of conscience. The Court ruled that private companies cannot be forced to comply with onerous federal government mandates that violate their religious beliefs.

No one in America should be forced to violate their deeply held beliefs in order to keep their jobs or run a business.  We should be free to live and work according to our religious beliefs, not the government’s religion.  To put it more bluntly, our government has no business compelling pro-life citizens to bow at the altar of Leftism.  It is a foundational principle on which this country was founded.

In a free, diverse and tolerant society, the government should respect the freedom of citizens to live out their convictions, not just in private but in the way citizens conduct their lives in public as well.

It must be noted that this was a 5 to 4 vote on ideological lines, which means that barely a majority of the Justices understand that government shouldn’t suppress religious freedom.  On some level it is distressing to know that it took three years and millions of dollars of legal action to affirm what the First Amendment clearly states: that people have a right to live by the dictates of their faith. And in this case, the right not to partake in the destruction of an innocent human life.   While the victory is important and one for which we should be thankful, the fact is that we were within one vote of a significant loss of religious liberty for individuals who own their own business. Don’t misunderstand, I’m very grateful for this victory, but his vote was too close for comfort.

Key to the decision was the federal Religious Freedom Restoration Act (RFRA).  This federal law does not give license to discrimination, as many on the Left have mistakenly claimed.  Today, the SCOTUS directly repudiated this false notion and specifically reiterated that RFRA provides no defense to discriminate in hiring. No federal or state RFRA has ever been used to discriminate against someone.  In fact, RFRA is actually about preventing discrimination against any American due to their religious beliefs.

Locally, reaction was swift and jubilant.   “I am proud that our Supreme Court has upheld the fundamental religious liberties of American citizens to engage in the free exercise of their religious beliefs, not only in their houses of worship, but also in their day to day lives, in business as well as at home,” said Thomas Brejcha, president and chief counsel of the Thomas More Society.  “Our Justices have affirmed that Americans must not be compelled to put aside their religious beliefs and values as a pre-condition to their entering into the sphere of commerce and making a living for themselves and their families.”

“This ruling in favor of Hobby Lobby is a victory for all who cherish religious freedom,” said Eric Scheidler, executive director of the Pro-Life Action League and one of the national directors of the Stand Up for Religious Freedom rallies. “The movement that began with hundreds of protest rallies outside federal court buildings has just won a great victory inside the nation’s highest Court.”

Response from national organizations was no less enthusiastic.  Tony Perkins of the Family Research Council had this to say:

The Supreme Court has delivered one of the most significant victories for religious freedom in our generation. We are thankful the Supreme Court agreed that the government went too far by mandating that family businesses owners must violate their consciences under threat of crippling fines.

All Americans can be thankful that the Court reaffirmed that freedom of conscience is a long-held American tradition and that the government cannot impose a law on American men and women that forces them to violate their beliefs in order to hold a job, own a business, or purchase health insurance.

The unfair HHS mandate gave family businesses two non-choices: either violate your deeply held moral beliefs and comply by paying for drugs and services to which you object, or pay crippling fines of up to $100 per day, per employee, for non-compliance. This mandate threatened the jobs, livelihood and healthcare of millions of Americans and forced those who stood up for their conscience, like Hobby Lobby and Conestoga Wood, to either comply or be punished.

Thankfully, the threat the HHS mandate imposed on Americans has been deemed unlawful today as a violation of core religious freedom rights.  While we celebrate this landmark decision, it is our hope that lower courts will follow the Supreme Court’s lead and protect non-profits like Little Sisters of the Poor, Priests for Life, and Wheaton College from the unfair HHS Mandate.

Dr. Russell Moore of the Ethics and Religious Liberty Commission sums it up well, “Hobby Lobby [and Conestoga Wood Specialities] refused to render to Caesar what belongs to God: their consciences. The Supreme Court agreed.”

Anti-RFRA Bill In U.S. Senate
b
a
x
r