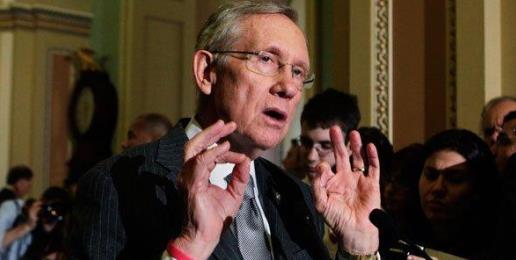 The Protect Women’s Health from Corporate Interference Act (S. 2578) could be used to further undermine all existing federal protections of conscience and religious freedom regarding health coverage mandates. According to our friends at the American Family Association (AFA), “it specifically strikes at the heart of religious liberty by nullifying the Religious Freedom Restoration Act,” which would affect even those organizations “run by Christians with deeply held convictions about abortion.“

U.S. Senate Majority leader Harry Reid (D-NV) Reid has promised to bypass all committees to put this on the “fast track.” This means a vote could take place as early as this week. (Read about Sen. Reid’s racist comment about the Supreme Court.)

This bill dictates that employers cannot interfere in their employee’s decisions about contraception and other health services through discrimination by (from Sen. Murray’s website):

This is a very pointed attack against conservative people of faith everywhere. Please take a few moments now to ask U.S. Senator Mark Kirk to oppose the misleadingly titled “Protect Women’s Health From Corporate Interference Act of 2014.” This liberty-quashing bill runs contrary to the religious liberty that Americans hold dear and the ruling the U.S. Supreme Court handed down a few weeks ago.

Take ACTION: Click HERE to send and email or a fax to U.S. Senator Kirk urging him to reject S. 2578.