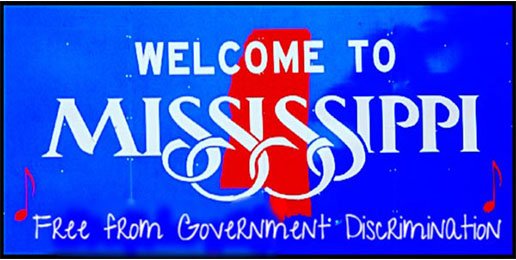 Based on a quick survey of news articles and blogs on Mississippi’s law, HB 1523, you could conclude that gay, lesbian, transgender, and people who have sex outside of marriage, are about to be in great danger.

That is because the news articles and blogs are filled with hyperbole about how hated these groups of people must be. You will read about how scared lesbian women are when they travel to Jackson. You will read that opponents of the law say unmarried women will not be able to get birth control. You will read that people will be “hurt” and won’t have access to health care and governmental services. You will read that this law “leaves LGBT people in Mississippi in the crosshairs of hate and humiliation.”

And that’s about all that you will read about it. Based on the news reports alone, this law sounds like the worst thing ever to happen in Mississippi.

So it was fair to assume, based on the news and blogs, that the Supreme Court would protect the people of Mississippi from such a terrible law. Yet, the Supreme Court didn’t do that. This week, the high court announced that it isn’t going to hear the challenge brought against this law.

This is good news for the Mississippi government, which passed the law in the first place. But is it bad news for all the people the news and blogs have been crying out for?

Journalists, bloggers, and even Business Councils have talked about the “environment of discrimination” that this law might generate.

The name of this law is the, “Protecting Freedom of Conscious from Government Discrimination Act.”  So there’s no doubt, the law is about discrimination.

It’s telling that only one of the news articles called this act by its name. All the others, and all the blogs, called it “HB 1523” or “The Religious Freedom Act.”

In reality, this law will not result in a discriminatory environment against individuals.

The “Protecting Freedom of Conscious from Government Discrimination Act” does just that. It protects religious individuals and organizations from discrimination by the government. After what we’ve seen done to Jack Phillips in Colorado, Baronnelle Stutzman in Washington, Kevin Cochran in Atlanta, Aaron and Melissa Klein in Oregon, and so many others, that kind of protection is definitely warranted.