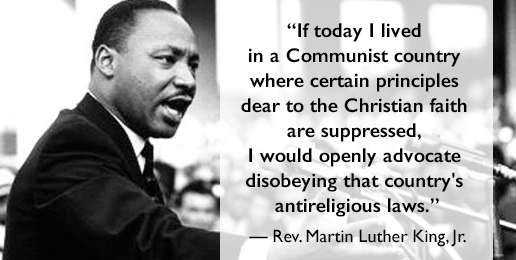 “Progressives” who view the cultural embrace of deviant sexuality as good seek to eradicate the last cultural obstacle to its universal embrace: biblical truth. Since that’s not possible, they seek instead to eradicate religious liberty by incrementally narrowing the cultural terrain in which the “free exercise of religion” is permitted to roam.

“Progressives” committed to the absolutely free exercise of sexual deviance view religious liberty as exercised by theologically orthodox Christians as a malignant tumor that harms the health of the republic. In order to destroy this insalubrious tumor without destroying the host, religious liberty must be excised slowly and carefully, tissue by tissue.

There’s no clearer evidence that “progressives” believe religious liberty has no place in the public square than the virulent response to reasonable laws proposed or passed in a few states to protect that which the First Amendment already protects.

Of course, since foolish inconsistency is the hallmark of little “progressive” minds, religious liberty for those who affirm heterodox or heretical religious beliefs is hunky dory because such beliefs neither prescribe nor proscribe. When it comes to sexuality, such beliefs affirm anything and everything. And affirmation of desire is the Left’s supreme truth.

But do all “progressives” share the beliefs of  New York Times columnist Frank Bruni who ordained that religious liberty should be restricted to “pews, homes and hearts.”

Our faith journey isn’t just about showing up on Sunday for a good sermon and good music and a good meal. It’s about what we do Monday through Saturday as well, especially…when …we’re making those daily choices about how to live our lives.

We see that in the life of Jesus Christ.  Jesus didn’t limit his ministry to the four walls of the church. We know that….And our charge is to find Him everywhere, every day by how we live our lives. That is how we practice our faith. You see, living out our eternal salvation is not a once-a-week kind of deal.

And here’s what the Reverend Martin Luther King Jr. said in “Letter from Birmingham Jail”:

You express a great deal of anxiety over our willingness to break laws. This is certainly a legitimate concern. Since we so diligently urge people to obey the Supreme Court’s decision of 1954 outlawing segregation in the public schools, at first glance it may seem rather paradoxical for us consciously to break laws. One may well ask: “How can you advocate breaking some laws and obeying others?” The answer lies in the fact that there are two types of laws: just and unjust. I would be the first to advocate obeying just laws. One has not only a legal but a moral responsibility to obey just laws. Conversely, one has a moral responsibility to disobey unjust laws. I would agree with St. Augustine that “an unjust law is no law at all.”

More and more I feel that the people of ill will have used time much more effectively than have the people of good will. We will have to repent in this generation not merely for the hateful words and actions of the bad people but for the appalling silence of the good people. Human progress never rolls in on wheels of inevitability; it comes through the tireless efforts of men willing to be co workers with God….

I have been disappointed with the church. I do not say this as one of those negative critics who can always find something wrong with the church. I say this as a minister of the gospel, who loves the church; who was nurtured in its bosom; who has been sustained by its spiritual blessings and who will remain true to it as long as the cord of life shall lengthen.

I have heard many ministers say: “Those are social issues, with which the gospel has no real concern.” And I have watched many churches commit themselves to a completely other worldly religion which makes a strange, un-Biblical distinction between body and soul, between the sacred and the secular.

I have traveled the length and breadth of Alabama, Mississippi and all the other southern states. On sweltering summer days and crisp autumn mornings I have looked at the South’s beautiful churches with their lofty spires pointing heavenward. I have beheld the impressive outlines of her massive religious education buildings. Over and over I have found myself asking: “What kind of people worship here? Who is their God?“

In deep disappointment I have wept over the laxity of the church. But be assured that my tears have been tears of love. There can be no deep disappointment where there is not deep love. Yes, I love the church. How could I do otherwise? I am in the rather unique position of being the son, the grandson and the great grandson of preachers. Yes, I see the church as the body of Christ. But, oh! How we have blemished and scarred that body through social neglect and through fear of being nonconformists.

There was a time when the church was very powerful–in the time when the early Christians rejoiced at being deemed worthy to suffer for what they believed. In those days the church was not merely a thermometer that recorded the ideas and principles of popular opinion; it was a thermostat that transformed the mores of society. Whenever the early Christians entered a town, the people in power became disturbed and immediately sought to convict the Christians for being “disturbers of the peace” and “outside agitators.”‘ But the Christians pressed on, in the conviction that they were “a colony of heaven,” called to obey God rather than man. Small in number, they were big in commitment. They were too God-intoxicated to be “astronomically intimidated.” By their effort and example they brought an end to such ancient evils as infanticide and gladiatorial contests. Things are different now. So often the contemporary church is a weak, ineffectual voice with an uncertain sound. So often it is an archdefender of the status quo. Far from being disturbed by the presence of the church, the power structure of the average community is consoled by the church’s silent–and often even vocal–sanction of things as they are.

While children in elementary schools are being taught the body and soul-destroying lies that homoerotic activity is good, that families in which children are intentionally deprived of either mothers or fathers are good, that rejection of one’s physical embodiment as male or female is good, and that marriage has no intrinsic nature, many Christians say and do exactly what “LGBTQQAP” activists want them to say and do: nothing.

And now the government is ordering Christians to use their labor, their gifts, and their property in the service of a type of event that God hates. Such unjust laws and court decisions must be resisted. Christians must resist all efforts to undermine the liberty that Michelle Obama and Martin Luther King Jr. urge Christians to embrace and make visible through works.

“Whatever you do, work heartily, as for the Lord and not for men,
knowing that from the Lord you will receive the
inheritance as your reward. You are serving the Lord Christ.”
~Colossians 3: 23-24 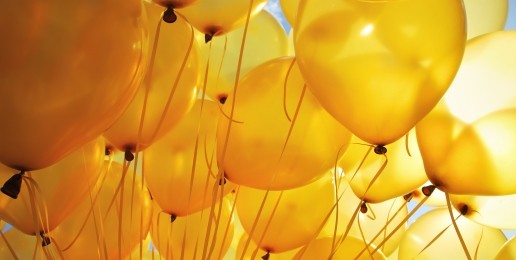