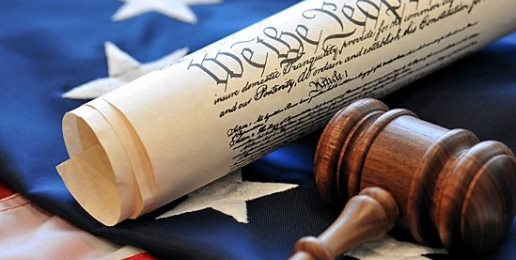 The New Rules of the Secular Left

The vast high-velocity moral revolution that is reshaping modern cultures at warp speed is leaving almost no aspect of the culture untouched and untransformed. The advocates of same-sex marriage and the more comprehensive goals of the LGBT movement assured the nation that nothing would be fundamentally changed if people of the same gender were allowed to marry one another. We knew that could not be true, and now the entire nation knows.

The latest Ground Zero for the moral revolution is the state of Indiana, where legislators passed a state version of the Religious Freedom Restoration Act, which Gov. Mike Pence then signed into law. The controversy that followed was a free-for-all of misrepresentation and political posturing. Within days, the governor capitulated to the controversy by calling for a revision of the law — a revision that may well make the RFRA a force for weakening religious liberty in Indiana, rather than for strengthening it.

Business, political, and civic leaders piled on in a mass act of political posturing. The federal Religious Freedom Restoration Act became law in 1993 in a mass act of bipartisan cooperation. The Act passed unanimously in the U.S. House of Representatives and with 97 affirmative votes in the U.S. Senate. President Bill Clinton signed the bill into law, celebrating the Act as a much needed protection of religious liberty. Clinton called religious liberty the nation’s “first freedom” and went on to state: “We believe strongly that we can never, we can never be too vigilant in this work.”

But, that was then. Indiana is now.

Hillary Clinton, ready to launch her campaign for President, condemned the law as dangerous and discriminatory — even though the law in its federal form has not led to any such discrimination. Apple CEO Tim Cook took to the pages of The Washington Post to declare that the Indiana law “would allow people to discriminate against their neighbors.” For its part,The Washington Post published an editorial in which the paper’s editorial board condemned a proposed RFRA in the state of Georgia because the law would prevent the state government “from infringing on an individual’s religious beliefs unless the state can demonstrate a compelling interest in doing so.”

So, The Washington Post believes that a state should be able to infringe on a citizen’s religious liberty without a compelling interest? That is the only conclusion a reader can draw from the editorial.

The piling on continued when the governor of Connecticut, Dannel Mulloy announced that he would even forbid travel to Indiana by state officials, conveniently forgetting to mention that his own state has a similar law, as does the federal government. The NCAA piled on, as did a host of sports figures from across the country. More than one pundit pointed to the irony of the NCAA trying to posture on a question of sexual morality, but the pile-on continued.

Law professor Daniel O. Conkle of Indiana University stated the truth plainly when he said: “The reaction to this law is startling in terms of its breadth–and to my mind–the extent to which the reaction is uninformed by the actual content of the law.” Similarly, University of Virginia law professor Douglas Laycock, a proponent of gay marriage, stated: “The hysteria over this law is so unjustified.” He continued: “It’s not about discriminating against gays in general or across the board . . . it’s about not being involved in a ceremony that you believe is inherently religious.”

Nevertheless, the real issue here is not the RFRA in Indiana, or Arkansas, or another state. The real issue is the fact that the secular Left has decided that religious liberty must now be reduced, redefined or relegated to a back seat in the culture.

The evidence for this massive and dangerous shift is mounting.

One key indicator is found in the editorial pages of The New York Times. That influential paper has appointed itself the guardian of civil liberties, and it has championed LGBT causes for decades now. But the paper’s editorial board condemned the Indiana law as “cover for bigotry.” The most chilling statement in the editorial, however, was this:

“The freedom to exercise one’s religion is not under assault in Indiana, or anywhere else in the country. Religious people — including Christians, who continue to make up the majority of Americans — may worship however they wish and say whatever they like.”

That editorial represents religious liberty redefined before our eyes.

But Bruni does not really affirm religious liberty, even in churches and in the hiring of ministers. He wrote: “And churches have been allowed to adopt broad, questionable interpretations of a ‘ministerial exception’ laws that allow them to hire and fire clergy as they wish.”

The ability of churches to hire and fire ministers as they wish is “questionable.” Remember that line when you are told that your church is promised “freedom of worship.”

But Bruni’s January column was merely a prelude to what came in the aftermath of the Indiana controversy. Now, the openly-gay columnist demands that Christianity reform its doctrines as well.

He opened his column in the paper’s edition published Easter Sunday with this:

“The drama in Indiana last week and the larger debate over so-called religious freedom laws in other states portray homosexuality and devout Christianity as forces in fierce collision. They’re not — at least not in several prominent denominations, which have come to a new understanding of what the Bible does and doesn’t decree, of what people can and cannot divine in regard to God’s will.”

Bruni issued an open demand that evangelical Christians to get over believing that homosexuality is a sin, or suffer the consequences. His language could not be more chilling:

“So our debate about religious liberty should include a conversation about freeing religions and religious people from prejudices that they needn’t cling to and can jettison, much as they’ve jettisoned other aspects of their faith’s history, rightly bowing to the enlightenments of modernity.”

There you have it — a demand that religious liberty be debated (much less respected) only if conservative believers will get with the program and, mark his language, bow to the demands of the modern age.

Christianity and homosexuality “don’t have to be in conflict in any church anywhere,” Bruni declared.

He reduced religious conviction to a matter of choice:

“But in the end, the continued view of gays, lesbians and bisexuals as sinners is a decision. It’s a choice. It prioritizes scattered passages of ancient texts over all that has been learned since — as if time had stood still, as if the advances of science and knowledge meant nothing. It disregards the degree to which all writings reflect the biases and blind spots of their authors, cultures and eras.”

So the only religion Bruni respects is one that capitulates to the modern age and is found “rightly bowing to the enlightenments of modernity.”

That means giving up the inerrancy of Scripture, for one thing. The Bible, according to Bruni, reflects the biases and blind spots of the human authors and their times. When it comes to homosexuality, he insists, we now know better.

This is the anthem of liberal Protestantism, and the so-called mainline Protestant churches have been devoted to this project for the better part of a century now. Bruni applauds the liberal churches for getting with the program and for revising the faith in light of the demands of the modern age — demands that started with the denial of truths such as the virgin birth, the bodily resurrection of Christ, miracles, the verbal inspiration of Scripture, and other vital doctrines. The liberal churches capitulated on the sexuality issues only after capitulating on a host of central Christian doctrines. Almost nothing is left for them to deny or reformulate.

It is interesting to see how quickly some can get with the program and earn the respect of the secular gatekeepers. Bruni cites David Gushee of Mercer University as an example of one who has seen the light. “Human understanding of what is sinful has changed over time,” Bruni quotes Gushee. Bruni then stated that Gushee “openly challenges his faith’s censure of same-sex relationships, to which he no longer subscribes.”

But David Gushee agreed with the church’s historic condemnation of same-sex relationships, even in a major work on Christian ethics he co-authored, until he released a book stating otherwise just months ago. Once a public figure gets with the program, whether that person is David Gushee or Barack Obama, all is quickly forgiven.

Bruni also notes that “Christians have moved far beyond Scripture when it comes to gender roles.” He is right to understand that some Christians have indeed done so, and in so doing they have made it very difficult to stop with redefining the Bible on gender roles. Once that is done, there is every reason to expect that a revisionist reading of sexuality is close behind. Bruni knows this, and celebrates it.

Taken together, Frank Bruni’s two columns represent a full-throttle demand for theological capitulation and a fully developed reduction of religious liberty. In his view, stated now in full public view in the pages ofThe New York Times, the only faiths that deserve religious liberty are those that bow their knees to the ever most costly demands of the modern age.

It is incredibly revealing that the verb he chose was “bowing.” One of the earliest lessons Christians had to learn was that we cannot simultaneously bow the knee to Caesar and to Christ. We must choose one or the other. Frank Bruni, whether he intended to do so or not, helps us to see that truth with new clarity.

This article was originally posted at the AlbertMohler.com website.