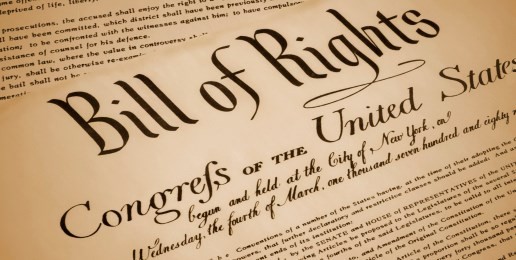 Barely five days after The New York Times ran a major news article on the firing of Atlanta’s fire chief for his views on homosexuality, a major Times opinion writer declared that religious liberty is a fine thing, so long as it is restricted to “pews, homes, and hearts” — far from public consequence.

The firing of Kelvin Cochran as chief of Atlanta’s Fire Rescue Department came after the city’s mayor, Kasim Reed, determined that the chief could not effectively manage the department after he had written a book in which he cited Scripture in defining homosexuality as a sin.

The most crucial portion of the Times story includes the mayor’s rationale:

“At a news conference, Mr. Reed said that Mr. Cochran’s ‘personal religious beliefs are not the issue.’ But Atlanta’s nondiscrimination policy, the mayor added, is ‘nonnegotiable.’

‘Despite my respect for Chief Cochran’s service, I believe his actions and decision-making undermine his ability to effectively manage a large, diverse work force,’ Mr. Reed said. ‘Every single employee under the fire chief’s command deserves the certainty that he or she is a valued member of the team and that fairness and respect guide employment decisions.’”

But the mayor’s words do not form a coherent argument. Chief Cochran was fired precisely because his “personal religious beliefs” are, in the mayor’s mind, incompatible with assuring every member of the department “that he or she is a valued member of the team and that fairness and respect guide employment decisions.”

Chief Cochran had written a book entitled, Who Told You that You Were Naked?, in which, according to the Times, he had affirmed that homosexual acts are among what the Bible defines as “vile, vulgar, and inappropriate activities” that “dishonor God.”

The story has been widely reported in the national press, and no accusation that Chief Cochran had acted in a discriminatory fashion toward any department employee has yet been asserted. In November, announcing the Chief’s suspension without pay, Mayor Reed said that Chief Cochran’s views as expressed in the book were inconsistent with the city’s policies on discrimination. Note, as The Atlanta Journal-Constitution made clear, the mayor’s concern was the chief’s views on homosexuality. The paper cited a statement from the mayor’s office in its report on the suspension: “I want to be clear that the material in Chief Cochran’s book is not representative of my personal beliefs, and is inconsistent with the administration’s work to make Atlanta a more welcoming city for all of her citizens — regardless of their sexual orientation, gender, race and religious beliefs.”

But the mayor did not extend his concern about non-discrimination on religious beliefs to Chief Cochran, who clearly expressed his views as a matter of biblical belief.

Chief Cochran wrote a book, as a Christian and for his fellow Christians. According to the Times article, he gave a copy of the book to three city employees who had not asked for it. In response, he was fired by Mayor Reed.

The opinion column published just days after Chief Cochran’s firing was written by Frank Bruni, an openly-gay columnist whose essays often appear in the “Sunday Review” section of the paper. In this case, he cites his own sexual orientation in making his argument in “Your God and My Dignity.”

His argument is that claims of endangered religious liberty for conservative Christians are “absurd.” He complains about “religious people getting a pass that isn’t warranted.” Religious liberty, he claims, is being used as “a fig leaf for intolerance.”

The legalization of same-sex marriage cannot and will not infringe upon religious liberty, he claims, because such laws “do not pertain to religious services or what happens in a church, temple or mosque; no clergy member will be compelled to preside over gay nuptials. Civil weddings are covered. That’s it.”

Furthermore, when the proponents of same-sex marriage and the new sexual revolution promise even to respect what goes on in a church, temple, or mosque, they evidently cannot keep their arguments straight. In the very same column, Bruni complains that religious congregations are given too much liberty to define their own ministry. He laments that “churches have been allowed to adopt broad, questionable interpretations of a ‘ministerial exception’ to anti-discrimination laws that allow them to hire and fire clergy as they wish.”

The front lines of the battle for religious liberty will be at the door of your congregation very soon, if this column is any indication — and it is. While promising to respect “freedom of worship,” Bruni openly implies that congregations should not have the right to hire and fire ministers or clergy on the basis of their sexual orientation or beliefs. What kind of liberty is that?

It is no liberty at all. This argument spells the end of religious liberty in any meaningful sense. What about the right of religious schools to hire, admit, and house on the basis of Christian moral judgment? If Bruni complains about congregations having the right to “hire and fire clergy as they wish,” we can only imagine what he would want to see mandated in terms of religious schools and institutions.

The headline over the print edition of Frank Bruni’s column is “Your God and My Dignity.” The use of the term “dignity” in this way is explained by University of Texas professor Mark Regnerus as “the mission creep of dignity.” In an important article released today, Regnerus contrasts the traditional view of human dignity, rooted in the belief that every human being is made in God’s image and affirmed by natural law theorists as “Dignity 1.0.” As Regnerus explains, this view of human dignity is defined as a person’s “inherent worth of immeasurable value that is deserving of certain morally appropriate responses.” As he further explains, “Understood in this way, dignity is an inalienable value. It’s a reality. Human dignity does not become real when you start to believe in it. It remains real even when neglected or violated. It may be discerned differently across eras, but it’s not arbitrary, to be socially constructed in unique ways by collective will or vote.”

“Dignity 2.0,” on the other hand, is on the ascent. As Regnerus asserts, “To be sure, Dignity 2.0 exhibits some similarities with its predecessor. Each has to do with inherent worth. Each implies the reality of the good. Each understands that rights flow from dignity. But Dignity 2.0 entrusts individuals to determine their own standards.”

In terms of the moral revolution and marriage, he writes:

“Witness, as an example, what is happening to marriage in the West, where the power elite has aligned behind Dignity 2.0 and its novel conclusions about the nature and structure of a timeless institution. The basis for Dignity 2.0 in the West does not rest on external standards, on traditional restraints such as kinship, neighborhood, religion, or nation, which are all stable sources of the self. Rather, it is based upon the dis-integrated, shifting “me,” subject to renegotiation, reinvention, and reconstruction, reinforced by expansive conditions and regulations. It’s exhausting—though profitable to attorneys. And Facebook. But it also explains my confusion: there are rival forms of dignity, and the version you employ matters a great deal.”

“And I support the right of people to believe what they do and say what they wish — in their pews, homes and hearts. But outside of those places? You must put up with me, just as I put up with you.”

In the event we missed the point earlier in his column, he makes the point crystal clear in the end. Religious liberty is to be respected, so long as it is confined to “pews, homes, and hearts.”

This article was originally posted at the AlberMohler.com website.