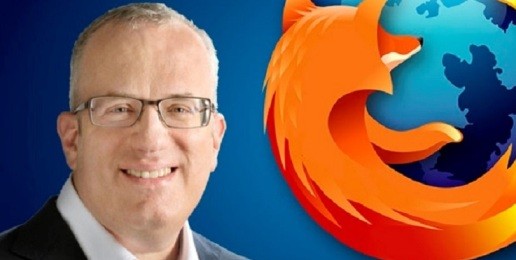 Mozilla CEO Forced Out: The “Resignation” Heard Round the World
Written By Laurie Higgins   |   04.04.14
PRINT

It shouldn’t have taken the forced resignation of Mozilla CEO Brendan Eich for the Left to admit that homosexual activists and their water-carrying ideological servants have no interest in dialogue, diversity, or tolerance. Jack-booted homosexualists demanded that Eich, co-founder of Mozilla and inventor of JavaScript, be fired for his $1,000 donation to the Prop 8 campaign in California six years ago.

I guess it’s semi-official: American citizens who believe marriage is inherently sexually complementary cannot work in America—not even in their own companies. Remember this the next time someone condescendingly asserts that the legalization of same-sex “marriage” couldn’t possibly affect society at large in any negative way.

I wonder how many of those who drove Brendan Eich out of his job voted for Barack Obama when he publicly opposed the legalization of same-sex “marriage”—you know, before his “evolution.”

For those with short memories, Prop 8 was the ballot initiative that was passed in California that defined marriage as the union of one man and one woman, and then was overturned by a homosexual activist judge whose “reasoning” has been widely criticized.

Now the story Eich story is shifting a bit. Unpleasant homosexual activist and radio personality Michael Signorile asserts that it wasn’t merely that Eich donated to Prop 8 that led to his compulsory resignation. His additional crimes are that 22 years ago Eich supported Pat Buchanan’s presidential campaign and then more recently Eich supported (horror of horrors) Ron Paul.

So now corporations large and small will have ideological litmus tests for upper management? “Affirm sodomy and cross-dressing or look for employment elsewhere–preferably on another planet. Oh, and we will need to see your voting record for your entire life as well.”

Some liberals are trying to argue that Eich’s compulsory resignation is merely a business decision resulting from liberal efforts no different from conservative boycotts of Home Depot or Starbucks for their homosexuality-affirming commitments. But there’s a huge difference between boycotting a business for their corporate policies and practices and boycotting a business because of the personal beliefs of an employee. Can liberals not see the difference?

Even homosexual writer Andrew Sullivan condemns the “hounding” of Eich:

The guy who had the gall to express his First Amendment rights and favor Prop 8 in California by donating $1,000 has just been scalped by some gay activists….Will he now be forced to walk through the streets in shame? Why not the stocks? The whole episode disgusts me—as it should disgust anyone interested in a tolerant and diverse society. If this is the gay rights movement today—hounding our opponents with a fanaticism more like the religious right than anyone else—then count me out.

The Left tries to ennoble their ignoble pursuit of ideological purity on matters related to volitional sexual acts by recasting it as the “new civil rights movement.” Of course, along the way, they never actually make a case for the soundness of the comparison of sexual feelings and acts to skin color. No matter, just keep shouting “equality” and screaming “bigot” at all dissenters, and they win the day. And why do they win? Lots of reasons, none of which involve the arc of the moral universe bending toward justice.

The reasons include the de facto control of the mainstream press, academia, and the arts (including the publishing industry). The other reasons are that many Americans are non-thinkers (read Neil Postman’s Amusing Ourselves to Death), and many conservatives are cowards.

We should be afraid of a holy God, not the names hurled by those lost in spiritual darkness. And we should be deeply concerned about the loss of freedom that Eich’s “resignation” portends for our children and grandchildren. The fact that so many conservatives continue to assert that all that matters is the economy and radical Islam is testament to conservative ignorance.

Eich is the pale featherless canary gasping for breath in the coal mine. Unless conservatives stiffen up those Gumby spines and grow some thick man-skin (as I have been doing in my basement laboratory), they’ll find they won’t be able to make a living unless they genuflect to all things homosexual. One small consolation: bootlicking is easier for those without spines.

Speak the truth in love; Expose the fruitless deeds of darkness; Count it all joy, my brothers, when you meet trials of various kinds; Be anxious for nothing; Remember that the wisdom of this world is folly with God; And share boldly with others the good news that through Christ Jesus the law of the Spirit who gives life can set them free from the law of sin and death.