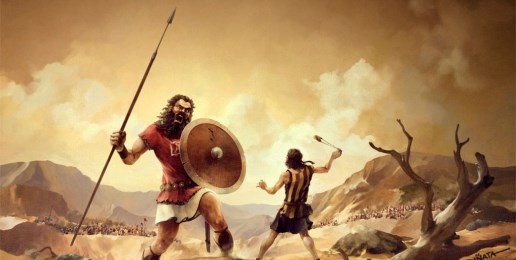 The lynch mob came for the elderly florist Barronelle Stutzman.

The lynch mob came for the African-American Fire Chief of once segregated Atlanta Kelvin Cochran.

The lynch mob came for the owners of a local pizza shop the O’Connor family.

The lynch mob is now giddy with success and drunk on the misery and pain of its victims. It is urged on by a compliant and even gleeful media. It is reinforced in its sense of righteousness and moral superiority by the “beautiful people” and the intellectual class. It has been joined by the big corporations who perceive their economic interests to be in joining up with the mandarins of cultural power. It owns one political party and has intimidated the leaders of the other into supine and humiliating obeisance.

And so, who if anyone will courageously stand up to the mob? Who will resist? Who will speak truth to its raw and frightening power? Who will refuse to be bullied into submission or intimidated into silence?

No, I’m asking what ordinary people will do. Are there Evangelical, Catholic, and Orthodox Christians who will refuse to be intimidated and silenced? Are there Latter-Day Saints, Orthodox and other observant (or even non-observant) Jews, Muslims, Hindus, Sikhs? Buddhists?

Oh yes, the mob came first for the Evangelicals and the Catholics and the Latter-Day Saints; but do not be deceived: it will not stop with them. It’s true that many in the mob have a particular animus against Christians, but the point of destroying the reputations and livelihoods of the initial victims is pour encourager les autres. If you believe you belong to a group that will be given a special exemption or dispensation from the enforcement of the new orthodoxy—by any means necessary—you will soon learn that you are tragically mistaken. No one who dissents will be given a pass.

We have seen how swiftly the demands have moved from tolerance to compulsory approbation of behavior historically rejected as contrary to morality and faith by virtually all the great religious traditions of the world. And now it is not only approbation that is demanded, but active participation. And do you honestly think that we have now reached the endpoint of what will be demanded?

Of course, some will say—indeed some are saying—that the battle is over, the cause is lost. All we can do is seek the best terms of surrender we can get, knowing that at this stage they will not be very good.

What should we say to that? Well, it is certainly true that the political, economic, and cultural power now arrayed against people of faith and their rights and liberties is formidable. No question about it: This is David against Goliath.

But then, we know how that contest ended, don’t we?

If we refuse to surrender, we will certainly be demonized; but everything will depend on whether we refuse to be demoralized. Courage displayed in the cause of truth—and of right—is powerful. And it will depend on whether ordinary people—Protestants, Catholics, Jews, Mormons, Muslims, others—inspired by their faith to stand firm, will also be willing to stand shoulder to shoulder, and arm-in-arm, with their brothers and sisters of other traditions of faith to defy the mob.

This article was originally published on the First Things blog.