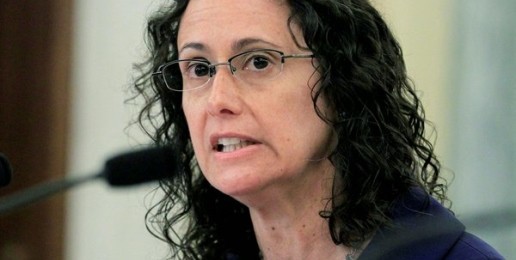 A traditional values group in Illinois maintains certain state officials aren’t only usurping the legislative process when it comes to same-gender “marriage,” but they are also violating the law.

At both state and federal levels, making and implementing law is strictly a function of the legislative branch of government – not the executive, and not the judicial. That’s why Illinois Family Institute is upset with the actions of Illinois Attorney General Lisa Madigan, federal judge Sharon Coleman (Northern District of Illinois) – an Obama appointee – and a county judge who authorized homosexual marriage licenses for the Chicago area.

According to the homosexual marriage law, that’s the date when it becomes legal. Judge Coleman, says Smith, is overstepping her bounds by implementing the law ahead of schedule.

“What she is doing, along with the Cook County judge, is basically circumventing the General Assembly and telling them You’re irrelevant. We’re going to make law and implement law and modify law the way we feel and we don’t care what you all think,” the family advocate continues. “And [regarding] the legislative process, [she’s saying] We’re going to usurp the process and make our own rules as we go forward.”

IFI is urging state lawmakers and county clerks statewide not to be complicit in what he describes as “gross usurpation of the legislative process.”

Smith sees a parallel between these actions and President Obama bypassing Congress by deciding through executive orders to change what the Affordable Care Act actually dictates. As Smith points out: “We don’t have kings in America.”

This article was originally posted at the OneNewsNow.com blog.

Laurie Higgins on WYLL with Mark Elfstrand
b
a
x
r