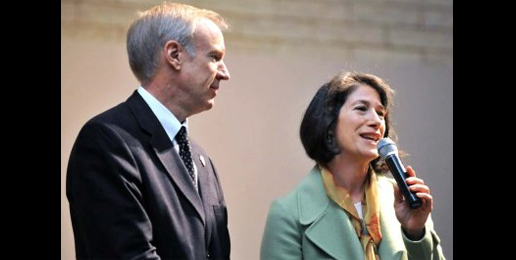 Despite his commitment to veto HB 40, Governor Bruce Rauner has approved HB 40 — which requires taxpayers to fund the intentional murder of pre-born human beings through Medicaid and state employee insurance plans.  During the 2017 Spring session of the Illinois General Assembly, Democratic lawmakers passed  House Bill 40 on a party line vote (62-55 in the House on April 25th and 33 to 22 in the Senate on May 22nd).

Based on the increased number of new Medicaid recipients in the last 5 years, Illinois taxpayers will now be complicit in the deaths of 10,000 to 15,000 more babies every year. State Rep. Peter Breen (R-Lombard) is on record saying that it may cost us up to $60 million per year!

Since the vast majority of Illinois voters have been historically against using their tax dollars for abortion, it would be wise for pro-life advocates and voters to turn these brazen tactics back against left-wing abortion fanatics – Republican or Democrat. We must continue to speak out and we must be proactive and work to convince legislators at every level of government of the sanctity of life from conception to natural death.