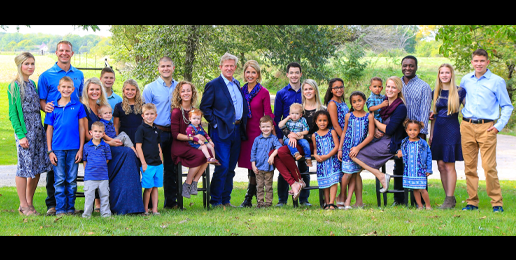 Another tempest is brewing in the Land of the Lost, formerly known as the Land of Lincoln. It all began when, in a speech to Moms for America, newly elected U.S. Representative Mary Miller quoted Hitler’s infamous assertion from Mein Kampf about the indoctrination of children. Miller said,

If we win a few elections, we’re still going to be losing unless we win the hearts and minds of our children. This is the battle. Hitler was right on one thing. He said, “Whoever has the youth has the future.”

I used to wonder: How did the people of Germany allow Hitler to exist? But with each passing day, I’m beginning to understand how.

*Have Duckworth and Schakowsky yet called for unifier Joe Biden to resign as president for his despicable comparison on Friday, January 8 of Senators Ted Cruz and Josh Hawley to Hitler’s propaganda minister Joseph Goebbels?

Did Duckworth and Schakowsky call for the resignation of Michigan Democrat, U.S. Representative Brenda Lawrence when in September 2020, she compared Trump to Hitler and his supporters to supporters of Hitler?

Did Duckworth and Schakowsky call for the resignation of Alexandria Ocasio-Cortez when she called border detention facilities that Obama used to separate children from parents “concentration camps”?

In February 2020, did Duckworth and Schakowsky urge the firing of the history teacher in a government-subsidized school in Maryland “who showed a picture of Trump above pictures of a Nazi swastika and a flag of the Soviet Union” with captions that said ‘wants to round up a group of people and build a giant wall’ and ‘oh, THAT is why it sounds so familiar!’”

Lynn Sweet, longtime writer for the lying leftist rag the Chicago Sun-Times oddly and falsely described Miller’s comment as “praise of Hitler,” when all decent, fair, non-bigots understood Miller’s comment as criticism of Hitler and anyone else who seeks to inculcate children with evil ideas, as all tyrants do.

With his chest puffed up with the air of the self-righteous, busy beaver U.S. Representative from Illinois, Adam Kinzinger—a self-identifying Republican who is always eager to condemn conservatives—jumped aboard the smite Miller bandwagon, saying, “I outright condemn this garbage.” Yeah, that took courage.

Setting aside Godwin’s over-used law, I think it’s time for the faux-outrage from politicians about comparisons to Hitler or Nazism to stop. Both sides use such comparisons. Some comparisons are more apt than others. For example, the comparison of the Democrat view that defective humans are legitimate targets for government-sanctioned extermination to the Nazi view of “life unworthy of life” seems apt.

I’m climbing in bed with a strange fellow for a moment, the very liberal Michael Hiltzik, writer for the LA Times who in a July 2019 commentary challenged the leaders of the U.S. Holocaust Museum’s “unequivocal rejection” of any and all “efforts to create analogies between the Holocaust and other events, whether historical or contemporary.”

While I disagree with Hiltzik’s apparent motive—that is, his desire for “progressives” to be free to compare Trump to Hitler—I agree with the view that the use of Holocaust analogies is not intrinsically sinful or off-limits.

Hiltzik explains his dissent from the Holocaust Museum’s absolute prohibition of the use of Holocaust analogies:

[T]he Holocaust Museum’s view of its mission as communicating the “history” of the Holocaust seems crabbed and narrow. Its real mission is to communicate the lesson that, unique as the Holocaust was in scale, the evil that brought it about lurks in the psyche of humans in groups, and may not be visible from the outset.

He goes on to cite Yale Holocaust historian Timothy Snyder who argues,

A monopoly on historical interpretation, claimed by a single institution, is a mark of authoritarianism … one of the dangers of placing a taboo on analogies … ensures that we never learn what we need to know.

Doesn’t that reflect the oft-cited view of philosopher George Santayana who famously warned, “Those who cannot remember the past are condemned to repeat it”? Don’t we teach the evil events in history in part so that we recognize the shadows of those past events in current events? When we recognize those shadows—those contours—are we not to speak of them?

Don’t be naïve or gullible. Politicians don’t really take offense at the use of Nazi analogies. Political animals without principles—particularly animals who don’t believe in objective moral truth or the source of such truth—lack even a grounding for moral outrage. Like everything else within their grasp, their faux-outrage is a political tool for influencing people and winning power. Faux-outrage—fauxrage—emanates from whichever political side is being gored by the analogy.

Don’t fall for it. Don’t be intimidated by it. It’s a tall tale told by idiots, full of sound and fury, signifying nothing.

Freshman Rep. Mary Miller, a Christian, mother of seven, grandmother of 17, and farmer, under withering and indefensible attacks from around the country and next to no support from colleagues, has issued a gracious and humble apology for an alleged sin she did not commit:

Earlier this week, I spoke to a group of mothers about the importance of faith and guarding our youth from destructive influences. I sincerely apologize for any harm my words caused and regret using a reference to one of the most evil dictators in history to illustrate the dangers that outside influences can have on our youth. This dark history should never be repeated and parents should be proactive to instill what is good, true, right, and noble into their children’s hearts and minds. While some are trying to intentionally twist my words to mean something antithetical to my beliefs, let me be clear: I’m passionately pro-Israel and I will always be a strong advocate and ally of the Jewish community. I’ve been in discussion with Jewish leaders across the country and am grateful to them for their kindness and forthrightness.

Oh, btw, Hitler—the evil monster—was right on one thing: Whoever has the youth, has the future. As Christians seek to train up their children in the way they should go, they would do well to remember that supremely evil men understand the long-term effects of indoctrinating children. Hitler was not the first, nor will he be the last evil monster to pursue our youth. There are other monsters prowling around, seeking whom they will devour.

IFI depends on the support of Christians like you.

Bad News for Our Sisters, Daughters and Granddaughters
b
a
x
r