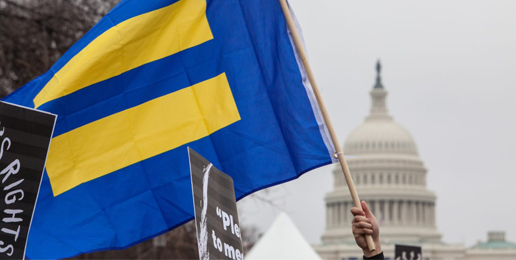 Since the unconstitutional Roe was overturned, leftists have been roiling in rage at the thought that states are now free to enact the will of the people with regard to killing humans in the womb. In his concurrence, U.S. Supreme Court Justice Clarence Thomas argued that three other Supreme Court cases should be revisited in that they too lacked constitutional grounding—an argument made also by the esteemed Antonin Scalia and Robert Bork.

One of the decisions Thomas believes should be revisited is the Obergefell decision that imposed same-sex “marriage” on the entire country, robbing states—that is, the people—of their right to decide if intrinsically non-marital relationships should be legally recognized as marriages. And so, leftists livid at the prospect of diverse states one day being free to enact marriage laws in accordance with the will of the people, are trying to take that right away preemptively through federal legislation.

This week the U.S. House of Representatives passed the laughably named “Respect for Marriage Act” (H.R. 8404)—a bill that doesn’t merely disrespect marriage; it is hostile to marriage. The bill, which would overturn the Defense of Marriage Act, now goes to the U.S. Senate.

The Defense of Marriage Act—which all U.S. House Democrats and 47 “Republicans” detest—defines marriage in federal law “as between a man and a woman and spouse as a person of the opposite sex.” In contrast, the Disrespect for Marriage Act recognizes in federal law “any marriage that is valid under state law.”

While there is a provision requiring states to recognize marriages from other states, that provision specifically limits the type of marriages that must be recognized to those composed of two people. No such limit is placed on the federal government in the Disrespect for Marriage Act.

While some naïfs among us may view this as an oversight, others see it as intentional—an interim step to the legal recognition of plural unions from sea to darkening sea.

Marriage is something. It has a nature. And words have meanings.

As I wrote four years ago, let’s try a little thought experiment. Let’s imagine that now, after legally recognizing intrinsically non-marital same-sex unions as “marriages,” society notices that there remains a unique type of relationship that is identified by the following features: it is composed of two people of major age who are not closely related by blood, are of opposite sexes, and engage in the only kind of sexual act that is naturally procreative. We decide that as language-users there must be a term to identify this particular, commonplace, and cross-cultural type of relationship. Let’s call it “huwelijk.”

Homosexuals would not accept such a linguistic distinction. They would not accept it even if they enjoyed all the practical benefits society historically accorded to sexually complementary couples and even if their unions were legally recognized as marriages.

Homosexuals would not tolerate such a legal distinction because their tyrannical quest for universal approval of homoerotic relationships cannot be achieved unless they obliterate all distinctions—including linguistic distinctions—between homosexual unions and heterosexual unions. Homosexuals—whose unions are naturally sterile—would not tolerate any term that signifies the naturally procreative union between one man and one woman.

Marriage is in tatters, but leftists want those tatters torched. Next up from “progressive” pyros: “eliminating the binary”—of marriage. Polyamorists are on the move. “Progressives” just love the smell of napalm all day long.

Please send a message and then follow up with a phone call early next week.

**UPDATE: According to various news sources, the U.S. Senate vote on H.R. 8404 has been pushed back to September.