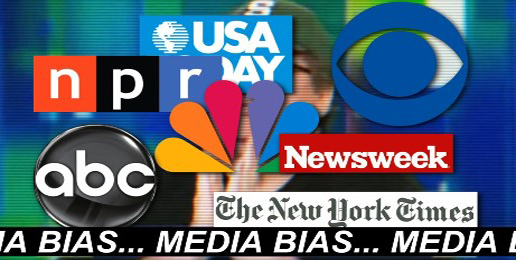 It’s dangerous to paint with a broad brush. I think we do that too often when we, as conservatives, go after the press for media bias. Many times when I see conservative leaders decry media bias, I ask “was that a biased story, or were you just unprepared for the interview?”

Now that’s not to say media bias isn’t real – everyone knows that the majority of the press comes from a liberal perspective.  Even CNN’s Jake Tapper has admitted that media bias is real, and Mark Leibovich of the New York Times agrees that most of the media is center-left.

One of the most obvious examples of media bias shined through in the last few weeks.

Here’s the situation: You have two high profile state Attorney Generals. Both have clear and distinct ideologies:

Attorney General #1 is a conservative.

Attorney General #2 is a liberal.

As such, they work with and receive donations from organizations that support their ideologies.

If you guessed the Attorney General #1, you win!

The coal and gas industries Obama was attempting to regulate were supportive of these lawsuits, and therefore, supported Pruitt. I think most people would agree that it’s noteworthy and good journalism for the media to report on Pruitt’s ties with the oil and gas industry as he’s taking on a job like this. This certainly doesn’t disqualify him, but it’s relevant information.

Meanwhile… in California. Two Attorney Generals have investigated David Daleiden and The Center for Medical Progress. Daleiden is the undercover journalist who exposed Planned Parenthood’s sale of aborted baby-body parts.

Yet instead of going after Planned Parenthood for their inhumane business practices, the California AG’s have turned their wrath on Daleiden: first raiding his home, and now pressing charges.

The two California Attorney Generals Kamala Harris (who is now a U.S. Senator) and Xavier Becerra have received tens of thousands of dollars in donations from Planned Parenthood and other backers of the abortion industry.

Yet when this story broke in the Associated Press, this detail was left out. Don’t you think it’s a little relevant that the person pressing charges against Daleiden received campaign contributions from the organization that was embarrassed and exposed by his reporting?

Apparently none of the major media outlets did. Showcasing once again why trust in the media is at an all time low.

The Ghastly Practices of Planned Parenthood

Abortion is What Planned Parenthood Does
b
a
x
r