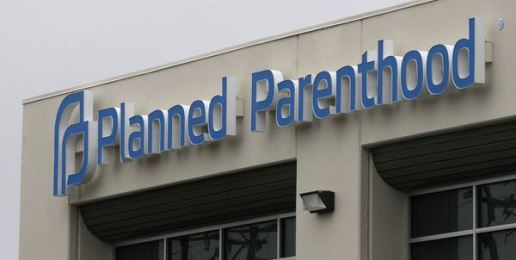 When I say “Colgate,” what comes to mind? Well, toothpaste, of course. Too bad no one in the 1980s explained that to Colgate when they launched a line of frozen dinners named “Colgate Kitchen Entrees.” Understandably, customers found the idea of eating food from a toothpaste company less than appetizing, and the whole experiment bit the dust.

But there’s another brand today trying very hard to convince the public that it sells more than one product. Planned Parenthood has spent the last few years insisting that its clinics offer all kinds of services besides abortions. As the latest stunt in this ongoing campaign, they’ve partnered with “Avengers” director Joss Whedon to produce a high-budget ad titled “Unlocked.”

In this three-minute propaganda piece, Whedon depicts a world without Planned Parenthood. It’s a dark and scary place where a mother dies of cancer because she can’t get screenings, where a couple breaks up because of a sexually transmitted disease, and where a young woman’s dreams of college are crushed by a positive pregnancy test.

Speaking with TIME magazine, Whedon said that if Planned Parenthood shuts down, “millions of people lose access to basic health services” like contraception, cancer screenings, and sex ed. In other words, he’s parroting the talking points we’ve heard non-stop from Planned Parenthood President Cecile Richards and others who insist that the organization “does so much more than abortion.”

But as our friends at Save the Storks point out, Planned Parenthood’s 2014-15 annual report shows that they perform a meager 1 percent of the nation’s pap smears, and less than 2 percent of all clinical breast exams. The pro-choice Guttmacher Institute reports that over 80 percent of teens receive sex ed instruction from somewhere besides an abortion clinic, and contrary to repeated claims by Planned Parenthood’s leadership and advocates, they perform a grand total of zero mammograms.

In other words, all 650 Planned Parenthood-affiliated clinics in the U.S. barely participate in real healthcare. In fact, Americans so rarely choose this abortion giant for other services, we hardly notice when the few clinics not offering abortions close.

LiveAction News reports that Planned Parenthood quietly shuttered three of its six New Mexico facilities, all of which were dedicated to those “other services.” Apparently, they weren’t covering expenses. Waving off the closures as no big deal, a Planned Parenthood regional official said—get this—that community health centers could pick up the slack. She might as well have admitted her organization’s services were not needed.

Recent footage from undercover investigator David Daleiden captured affiliates at the National Abortion Federation conference who spoke openly of Planned Parenthood “selling” fetal body parts to “increase revenue.” Some also joked about pulling unborn babies apart and how “gross” it is when tiny eyeballs fall into their laps.

Planned Parenthood wants to be known for nicer, less horrifying, less controversial services. But ladies and gentlemen, at the end of the day, their name means one thing: abortion. And lives depend on putting this big-name brand out of business.

This article was originally published at Breakpoint.org

The Ghastly Practices of Planned Parenthood

You Know It When You See It
b
a
x
r