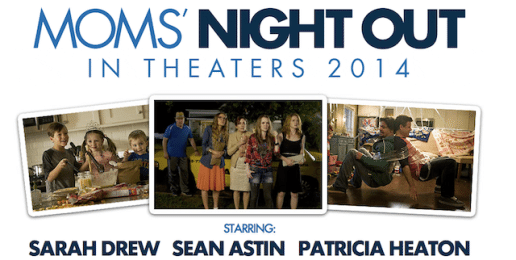 The co-director of a family-friendly comedy that hit theaters last weekend says critics of the film are “bullying” the way of life it portrays, calling the movie “sexist” and “insulting.”

Directed by brothers Jon and Andrew Erwin, Moms’ Night Out celebrates motherhood in a true-to-life family comedy that values the role of parenting – and audiences across the nation are enjoying the independent faith-based hit, which ranked #7 among all movies in theaters last week.

But liberal movie critics have labeled the PG-rated movie “anti-feminist,” “borderline dangerous,” “offensive,” and “insulting” – and reviewer Brian Orndorf condemns the movie as “ugly sexism in what’s trying to be a harmless feature ….”

In an interview Thursday on American Family Radio, Jon Erwin said some of the reviews reflect contempt towards the Christian faith.

“At no point in the movie do we condone or preach that everyone should be a stay-at-home mom, but one of them is portrayed in the movie – and for some reason, that has just incensed a lot of these critics,” he told radio host Sandy Rios.

“… I think it just shows that our way of life is being bullied, and to me that’s what’s alarming, especially working in Hollywood and sitting in rooms with conservatives in Hollywood – some of them in tears – talking about how they’ve lost their job, how they’ve been made fun of because of their conservative beliefs.”

Erwin pointed out that exit polls find 82 percent of moviegoers (the average is 60 percent) say they would recommend the movie, but critics only give the film a 16-percent rating.

“We are taking a lot of fire from the industry that we work in because we’re making progress – and we can have our voice back as conservatives,” said the moviemaker. “… Film is a democracy, and your movie ticket is your vote. So I want to challenge everybody: let’s go support our way of life.”

Moms’ Night Out, which cost $5 million to produce, has grossed $4.9 million in its first week on the big screen. It opened in 1,044 theaters and averaged $4,129 over the weekend – the third-highest screen average among the top ten for the weekend.

Moms’ Night Out: Another Must See Movie by the Erwin Brothers

Defying Hollywood, ‘I Can Only Imagine’ Soars at the Box Office, Resonates with Viewers
b
a
x
r