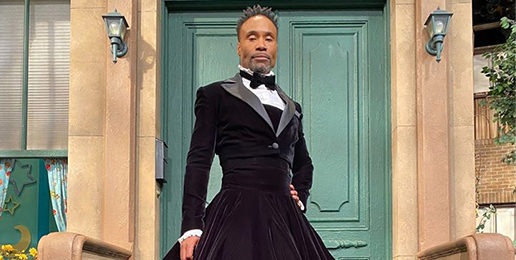 Well, well, well, the Facebook Overlords were busy censoring even on Sunday. Neither peace nor rest for the wicked, it seems.

Sunday, IFI was notified that the Overlords, in their infinite ignorance, had determined that a post written and posted on IFI’s Facebook page by me on Thursday night violated their “Community Standards” on “Hate Speech.” The post was about the openly homosexual, flamboyant, cross-dressing actor Billy Porter’s upcoming appearance on Sesame Street—a PBS television program for preschoolers paid for by the public (Add this appearance to the swelling list of ways the normalization of sexual deviance affects everyone, despite the claim from liars who have long said it would affect no one except those who directly engage in it).

The Overlords falsely claimed that the post was “Hate Speech,” which is defined by the Facebook Overlords as “dehumanizing speech, statements of inferiority, or calls for exclusion or segregation” based on “what we call protected characteristics — race, ethnicity, national origin, religious affiliation, sexual orientation, caste, sex, gender, gender identity, and serious disease or disability.” (emphasis added)

Sesame Street is all in on inculcating the nation’s little ones with the dogma of sexual anarchists. They’ve announced on their FB page that openly homosexual, cross-dressing, faux-married actor Billy Porter will be a guest.

“It would be better for him if a millstone were hung around his neck and he were cast into the sea than that he should cause one of these little ones to sin (Luke 17:2).”

Christian Parents: Get your kids out of government indoctrination hellholes. No Christian should have their child in a “school” that introduces egregious sexual deviance to little children, that presents sexual deviance positively, and that sexually integrates private spaces. In Illinois, starting next fall, that’s every school at every level.

Christian Teachers Working in Government Indoctrination Hellholes: No Christ-follower has a moral right to teach evil ideas to children or to use incorrect pronouns when referring to students who seek to pass as the sex they aren’t. 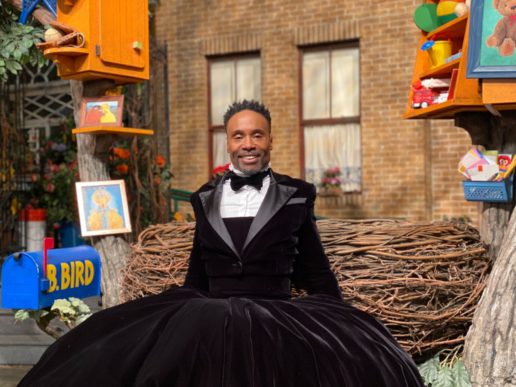 Word to the Overlords: Expressions of moral disapproval of volitional acts that you Overlords celebrate do not constitute hatred of persons no matter how many times you claim they do.

Our time is so dark that society rejoices in exposing toddlers to cross-dressing and homosexuality, and heaps condemnation on those who call such perversion wicked.

Hey Christians, you know those lumps you keep tripping on in the darkness? They’re dead canaries.

“Woe to those who call evil good and good evil, who put darkness for light and light for darkness, who put bitter for sweet and sweet for bitter!” (Isaiah 5:20)