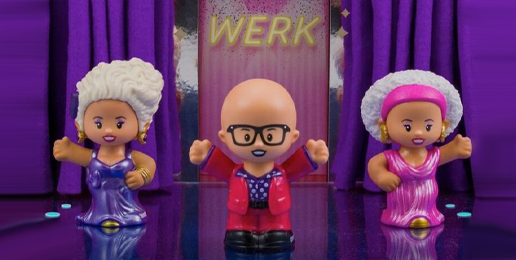 The United States Department of Agriculture (USDA) under Biden’s incompetent rule has decided that in order for schools to access federal money to provide lunch to needy children, schools will have to sexually integrate bathrooms and locker rooms. The USDA defended its decision with this bizarre comment:

The USDA didn’t say how the sexual integration of bathrooms and locker rooms is related to the problem of “food insecurity” in “LGBT” households or “food insufficiency” among “transgender” individuals. Nor did Biden’s USDA explain why any children who suffer from food insecurity and food insufficiency should be denied school lunches just because schools honor sexual differences in private spaces. This sounds remarkably like extortion. The federal government will make impoverished children suffer more in order to promote the unscientific beliefs of the “trans”-cult.

Canada will be using public funds to build a shrine to the false gods of homoeroticism and “trans”-cultism (a phenomenon closer to Haitian Vodou than to science). The shrine features a cylindrical structure with a glitzy, gaping opening representing the imprint of a cloud festooned with disco ball walls. The shrine titled Thunderhead is intended to convey the message that homosexuals and cross-sex impersonators have “risen up” to say, “‘We demand change.’”

Emphasizing the pagan religious nature of the worship of narcissistic desire is a “healing circle ringed with stones hand-picked by Two-Spirit Elders.” Imagine the uproar that would ensue today if a public monument were being built on federal land using federal money that included symbols of Christianity. 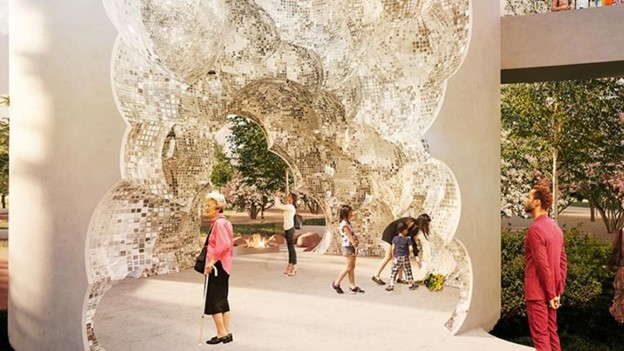 The term “two-spirit” was invented—that is to say, socially constructed—in 1990 at the “Third Annual Inter-tribal Native American, First Nations, Gay and Lesbian American Conference.” Although there is debate about the precise meaning of “two-spirit,” it generally “refers to a person who identifies as having both a masculine and a feminine spirit and is used by some Indigenous people to describe their sexual, gender and/or spiritual identity.” As such, it is a pagan or quasi-religious term.

The belief that there can be a female spirit trapped in a male body is a faith-based metaphysical claim that has seized the malleable imaginations of post-Christian cultures in search of meaning. “Trans”-cultism is either a form of mysticism or a mental illness. It has no basis in hard science. There is no scientific proof that a human spirit can be born in the wrong body. There is no scientific proof that a person’s subjective, “internal” feelings about one’s maleness, femaleness, both, or neither have any objective material reality.

Religion is defined as, among other things, “Belief in a spiritual or metaphysical reality, accompanied by practices or rituals pertaining to the belief.”  “Trans”-cultic beliefs about “gendered” spirits inhabiting opposite-sexed bodies are accompanied by cultic practices masquerading as science, like using chemicals to artificially stop normal, healthy puberty or to artificially produce unnatural opposite-sex puberty.

Other practices are even more barbaric and can include slicing off the healthy breasts of young, mesmerized women or castrating young men and turning their penises inside out to create “neo-vaginas” that their bodies will always recognize as wounds and try to close them up.

Like all the beliefs of the “LGBTQ+” communities, the term “two-spirit” embodies debatable, socially constructed ontological and moral beliefs—not objective, inarguable science-based facts. These arguable, faith-based, socially constructed beliefs are being imposed by government, big business, and academia throughout the Western world.

Leftists, those normalizers of all things sexually perverse and opponents of all sexual taboos, have binary hissy fits when conservatives accuse them of “grooming” children. The same leftists who defend drag queen story hours for preschoolers, openly admit to using their publicly funded teaching positions to promote their sexual peccadillos, and who pass laws requiring that all boys’ bathrooms in public schools be retrofitted with tampon machines, are rising up in unrighteous indignation at the suggestion they’re grooming children.

Another leftist gripe is that all social conventions related to sex that they hate are “socially constructed” and imposed by society. By that they mean social conventions related to biological sex are arbitrary conventions that are forced on society. “Trans”-activists and their “progressive” collaborators believe that society “conditions” children into believing that biological sex exists and matters. “Trans”-activists maintain the peculiar belief that stereotypes precede and shape male and female differences rather than the other way around.

Oddly, they don’t see their assumptions about homosexuality and cross-sex impersonation as socially constructed. They don’t see their efforts to use the government, public schools, and big business to promote their views as “imposing.”

These collectible Little People dolls for preschoolers are Fisher-Price’s entree into the world of ideological grooming. Fisher-Price can’t let Mattel’s “gender-neutral” dolls corner the market on corporate grooming for profit.

Target may have been the first corporate behemoth to pave the broad path to sexual anarchy at the expense of children. Today Target has de-sexed toy aisles, de-sexed bathrooms, draped the store in rainbows to celebrate deviant sexuality, and now carries breast binders and panty packers to help girls pretend to be boys. Breast binders are used to compress girls’ breasts and “packers” are underwear that allow girls to “wear a packer, which gives the appearance of having a penis or bulge.”

Those who worship boundary-free sex-related desires view all morally tethered beliefs as “homophobic” and “transphobic.” They hurl these epithets to silence expressions of moral beliefs they hate. But the socially constructed and imposed Christo-phobic beliefs of the “LGBTQ+” community have no right to a monopoly on the public square.