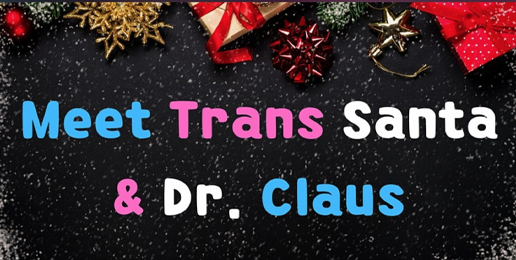 In a post on a Facebook page called “Friends of District 58 in Downers Grove,” someone posted an ad for an upcoming visit from “Trans Santa and Dr. Claus” for little ones at the heretical First United Methodist Church of Downers Grove. 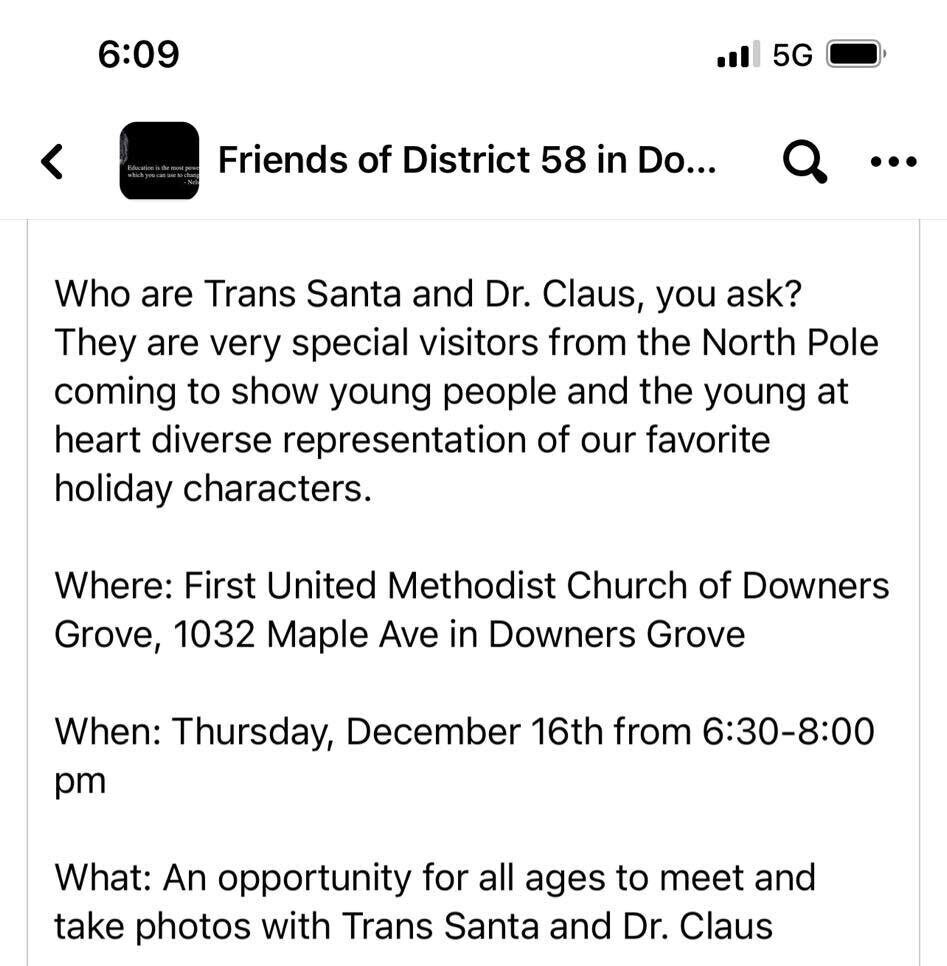 More details are provided on the Facebook Page of the “Elmhurst Pride Collective”:

Meet and take a photo with Trans Santa and Dr. Claus, read a festive story and participate in seasonal games and activities. … This event is also being filmed for a HBO Max documentary about Clauses from diverse backgrounds as they spread joy throughout the holiday season. The feature film will be released in 2022.

This festive visit with “Trans” Santa is the institutional equivalent of a pervert cruising a neighborhood offering candy to children to get in his car. Instead of abusing bodies, leftists are abusing the hearts and minds of vulnerable children.

If there are any theologically orthodox Christians remaining at this self-identifying “church,” they should exit now. Any church that would permit such an activity is an enemy of Christ that will one day suffer the consequences of intentionally leading young children astray. The “trans” ideology is anti-biblical and hurts all children.

If selling doves in the Temple angered Jesus enough to use whips to drive the merchants out, how would he react to soul-stealing merchants luring children with captivating, glittering gewgaws? Don’t let your kids eat the poisoned apples. Any church leaders who facilitate, participate, or approve of this are wolves in sheep’s clothing who call evil good.

No wonder Downers Grove High School has leaders like Superintendent Hank Thiele and a school board who are doing likewise by defending the use of taxpayer money to purchase obscene material (e.g., Maia Kobabe’s comic book Gender Queer) that promotes evil ideas to minors.

The contemporary church is so often a weak, ineffectual voice with an uncertain sound. It is so often the arch supporter of the status quo. Far from being disturbed by the presence of the church, the power structure of the average community is consoled by the church’s often vocal sanction of things as they are. But the judgment of God is upon the church as never before. If the church of today does not recapture the sacrificial spirit of the early church, it will lose its authentic ring, forfeit the loyalty of millions, and be dismissed as an irrelevant social club with no meaning for the twentieth century.

The First United Methodist Church is far worse than weak and ineffectual, because it speaks with the certain, arrogant, and evil voice of the tempter and father of lies.

“It would be better for him if a millstone were hung around his neck
and he were cast into the sea than that he should cause one of these little ones to sin.”
~ Luke 17:2