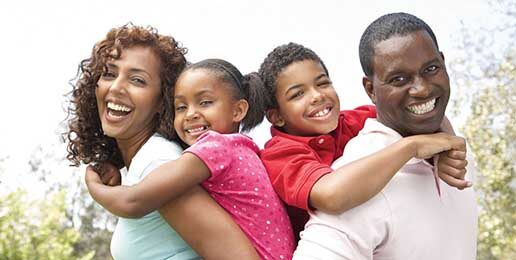 Despite the clever marketing and the dishonest media propaganda surrounding the group, Black Lives Matter is not actually about black lives or racism. Instead, it is a dangerous organization founded by self-proclaimed Marxists that seeks to dismantle the nuclear family and the market system. If BLM gets its way, black Americans and everyone else will suffer enormously.

One does not need to dig deep to learn the truth about Black Lives Matter. In fact, BLM leaders brag about it. “We are trained Marxists,” boasted BLM co-founder Patrisse Cullors speaking about the group’s “ideological frame” in an interview with The Real News Network. “We are super, uh, versed, um, on, sort of, ideological theories.”

Another BLM co-founder, self-proclaimed “queer” feminist Alicia Garza, cited convicted cop-killing terrorist Assata Shakur as the inspiration for the group. “When I use Assata’s powerful demand in my organizing work, I always begin by sharing where it comes from, sharing about Assata’s significance to the Black Liberation Movement,” Garza explained in a piece about the origins of BLM.

The organization itself also openly promotes Marxism in its public statements. For instance, while BLM routinely paints Trump as a racist dictator, it has a bizarre affinity for the late mass-murdering Communist dictator who enslaved Cuba, Fidel Castro. When he died, BLM expressed an “overwhelming sense of loss,” praising “El Commandante” for protecting Shakur, “who continues to inspire us.”

On its website, under the headline “What We Believe,” BLM hits all the Marxist talking points — especially the modern gender-bending LGBT extremism that seeks to smash the family. “We disrupt the Western-prescribed nuclear family structure,” the statement of beliefs explains, calling for “villages” to take charge of child rearing. The group also boasts of fostering a “queer-affirming network” that will “dismantle cisgender privilege.”

Despite the unhinged extremism, or perhaps because of it, Black Lives Matter now has an incredible array of corporate sponsors that includes some of America’s biggest businesses. Even before BLM came together as a formal organization, powerful financiers including billionaire atheist George Soros, who has a bizarre affinity for the murderous regime ruling Communist China, were pouring money into the movement.

In a 2015 report from Open Society Foundation U.S. Programs Board, the Soros machine boasts of spending $650,000 to “invest in technical assistance and support for the groups at the core of the burgeoning #BlackLivesMatter movement.” The goals included the “dismantling of structural inequality” supposedly caused by “local law enforcement,” and also to “create a national movement.”

According to an investigation by the Washington Times that relied on Soros foundations’ tax filings and interviews with key players, the far-left billionaire poured some $33 million in one year into organizations fomenting the unrest surrounding the killing of Michael Brown. The Marxist co-founders of BLM were also working closely with Soros-funded groups before founding BLM.

In addition to Big Business and major foundations such as the Ford Foundation and Borealis, even the Russian regime appears to have had a hand in backing BLM. According to CNN, which admittedly is not a reliable source, a Kremlin-controlled “troll farm” bought BLM ads aimed at Baltimore and Ferguson. The goal was to sow discord and chaos in the United States, CNN “intelligence” sources said.

In short, despite being funded by America’s premier “capitalist” corporations and money men, the BLM is a Marxist organization hostile to all that is good about America, and it does not even bother to hide that fact. Incredibly, due primarily to ignorance among leaders, even many churches and pastors have jumped on the bandwagon, discrediting their witness and supporting an organization that is anti-Christian to the core.

Indeed, Marxism is not just incompatible with Christianity — it is basically its antithesis. Where God commands respect for private property rights with “thou shalt not steal,” Marxism claims private property should be abolished. Where God established the nuclear family with a father, mother, and children, Marxism calls for women to be held in common. Marxism turns biblical principles upside-down.

In the book Marx and Satan, Pastor Richard Wurmbrand, who was tortured for almost a decade by Marxist barbarians in a Romanian prison, uses Marx’s own poetry and writings to make a powerful case that the ideologue was not an atheist, as is commonly believed. Rather, according to Wurmbrand, Marx hated God and was on a demonic mission to destroy mankind and all that God has ordained.

If Black Lives Matter were truly interested in dismantling anything with a “legacy” of racism and white supremacy, it might start by targeting the Democratic Party. As documented at Illinois Family Action last month, the party has a long and grotesque history of supporting slavery and racial terrorism in the face of America’s constant efforts to better itself — efforts that were unprecedented in human history to advance the biblical ideal that “all men are created equal.”

Another natural target, if BLM was really hoping to stop racism, would be Planned Parenthood, the tax-funded abortion behemoth founded by Margaret Sanger, a vile racist and eugenicist who sought to remove “undesirables” from the gene pool. Still today, Planned Parenthood sets up shop in minority neighborhoods and slaughters unborn black babies by the millions, far out of proportion to the number of black Americans in the population.

Instead of focusing on those legitimate targets, or on the destroyers of the black family, the BLM focuses on undermining the family, the free-market, and the United States itself. That should tell everyone everything they need to know about what is happening. Worse, the establishment media knows everything contained in this article. And yet they choose to conceal these facts from Americans.

Karl Marx and Black Lives Matter
b
a
x
r