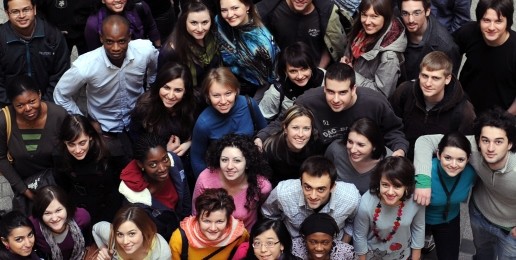 Are All Young People as Ignorant as the Mainstream Press Suggests
Written By Laurie Higgins   |   06.23.14
PRINT

It serves the strategic purposes of the Left to lead the public to believe that there exists no one under 40 who believes marriage is inherently sexually complementary and who believes that volitional homosexual activity is always immoral. Recognizing the human predisposition to follow the crowd and the concomitant discomfort with marginalized non-conformity, the Left also seeks to have people believe that “progressive” assumptions about homoerotic activity are on the “right side of history.” Of course, what is au courant today is often found to be profoundly ignorant and even evil later. Unfortunately, because history is nothing more than the account of the actions of fallen, depraved humans, there exists no uninterrupted historical trajectory in the direction of truth and justice.

Justin Taylor (another youngish person), senior vice president of Crossway Books who blogs at Between Two Worlds, offers some illuminating quotes on “What’s Wrong with the ‘Wrong Side of History’ Argument”:

And a waggish commenter provided this from Nikita Khrushchev, former leader of the Soviet Union: “Whether you like it or not, history is on our side. We will bury you.”

So, in the interest of correcting one of the many misleading cultural “narratives” ( a term I find annoying in its overuse, along “meme” and “winsome”), IFI will be posting writing by bright, well-educated, wise men and women under 40 who articulate counter-cultural truth about homoerotic activity boldly—oh, and winsomely, of course.

Today’s truth-telling comes from pastor, author, and father of six, Kevin DeYoung, who is 37 years old:

So you’ve become convinced that the Bible supports gay marriage. You’ve studied the issue, read some books, looked at the relevant Bible passages and concluded that Scripture does not prohibit same-sex intercourse so long as it takes place in the context of a loving, monogamous, lifelong covenanted relationship. You still love Jesus. You still believe the Bible. In fact, you would argue that it’s because you love Jesus and because you believe the Bible that you now embrace gay marriage as a God-sanctioned good.

As far as you are concerned, you haven’t rejected your evangelical faith. You haven’t turned your back on God. You haven’t become a moral relativist. You’ve never suggested anything goes when it comes to sexual behavior. In most things, you tend to be quite conservative. You affirm the family, and you believe in the permanence of marriage. But now you’ve simply come to the conclusion that two men or two women should be able to enter into the institution of marriage–both as a legal right and as a biblically faithful expression of one’s sexuality.

Setting aside the issue of biblical interpretation for the moment, let me ask five questions.

1. On what basis do you still insist that marriage must be monogamous?

Presumably, you do not see any normative significance in God creating the first human pair male and female (Gen. 2:23-25; Matt. 19:4-6). Paul’s language about each man having his own wife and each woman her own husband cannot be taken too literally without falling back into the exclusivity of heterosexual marriage (1 Cor. 7:2). The two coming together as one so they might produce godly offspring doesn’t work with gay marriage either (Mal. 2:15). So why monogamy? Jesus never spoke explicitly against polygamy. The New Testament writers only knew of exploitative polygamy, the kind tied to conquest, greed, and subjugation. If they had known of voluntary, committed, loving polyamorous relationships, who’s to think they wouldn’t have approved?

These aren’t merely rhetorical questions. The issue is legitimate: if 3 or 13 or 30 people really love each other, why shouldn’t they have a right to be married? And for that matter, why not a brother and a sister, or two sisters, or a mother and son, or father and son, or any other combination of two or more persons who love each other. Once we’ve accepted the logic that for love to be validated it must be expressed sexually and that those engaged in consensual sexual activity cannot be denied the “right” of marriage, we have opened a Pandora’s box of marital permutations that cannot be shut.

2. Will you maintain the same biblical sexual ethic in the church now that you think the church should solemnize gay marriages?

After assailing the conservative church for ignoring the issue of divorce, will you exercise church discipline when gay marriages fall apart? Will you preach abstinence before marriage for all single persons, no matter their orientation? If nothing has really changed except that you now understand the Bible to be approving of same-sex intercourse in committed lifelong relationships,we should expect loud voices in the near future denouncing the infidelity rampant in homosexual relationships. Surely, those who support gay marriage out of “evangelical” principles, will be quick to find fault with the notion that the male-male marriages most likely to survive are those with a flexible understanding that other partners may come and go. According to one study researched and written by two homosexual authors, of 156 homosexual couples studied, only seven had maintained sexual fidelity, and of the hundred that had been together for more than five years, none had remained faithful (cited by Satinover, 55). In the rush to support committed, lifelong, monogamous same-sex relationships, it’s worth asking whether those supporters–especially the Christians among them–will, in fact, insist on a lifelong, monogamous commitment.

3. Are you prepared to say moms and dads are interchangeable?

It is a safe assumption that those in favor of gay marriage are likely to support gay and lesbian couples adopting children or giving birth to children through artificial insemination. What is sanctioned, therefore, is a family unit where children grow up de facto without one birth parent. This means not simply that some children, through the unfortunate circumstances of life, may grow up with a mom and dad, but that the church will positively bless and encourage the family type that will deprive children of either a mother or a father. So are mothers indispensable? Is another dad the same as a mom? No matter how many decent, capable homosexual couples we may know, are we confident that as a general rule there is nothing significant to be gained by growing up with a mother and a father?

5. How have all Christians at all times and in all places interpreted the Bible so wrongly for so long?

Christians misread their Bibles all the time. The church must always be reformed according to the word of God. Sometimes biblical truth rests with a small minority. Sometimes the truth is buried in relative obscurity for generations. But when we must believe that the Bible has been misunderstood by virtually every Christian in every part of the world for the last two thousand years, it ought to give us pause. From the Jewish world in the Old and New Testaments to the early church to the Middle Ages to the Reformation and into the 20th century, the church has understood the Bible to teach that engaging in homosexual activity was among the worst sins a person could commit. As the late Louis Crompton, a gay man and pioneer in queer studies, explained:

Some interpreters, seeking to mitigate Paul’s harshness, have read the passage [in Romans 1] as condemning not homosexuals generally but only heterosexual men and women who experimented with homosexuality. According to this interpretation, Paul’s words were not directed at “bona fide” homosexuals in committed relationships. But such a reading, however well-intentioned, seems strained and unhistorical. Nowhere does Paul or any other Jewish writer of this period imply the least acceptance of same-sex relations under any circumstances. The idea that homosexuals might be redeemed by mutual devotion would have been wholly foreign to Paul or any Jew or early Christian. (Homosexuality and Civilization, 114).

The church has been of one mind on this issue for nearly two millennia. Are you prepared to jeopardize the catholicity of the church and convince yourself that everyone misunderstood the Bible until the 1960s? On such a critical matter, it’s important we think through the implications of our position, especially if it means consigning to the bin of bigotry almost every Christian who has ever lived.