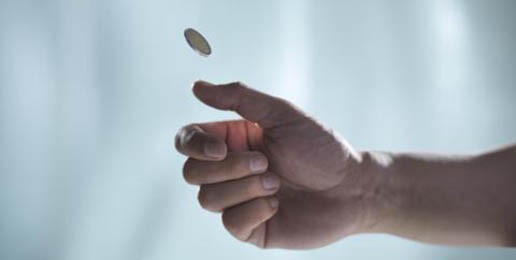 A story out of Colorado this week demonstrates what many of us have been feeling for a while. When it comes to laws dealing with “gay stuff”, there really is no law. Only the preferences of the person making the decision.

You may have heard a story about Jack Phillips, a Denver baker who runs Masterpiece Cakeshop. After declining to make a cake for a same-sex wedding, The Colorado Civil Rights Commission (CCRC) found him in violation of state law and ordered him to undergo sensitivity training. They also ordered him to file quarterly reports with the state to see if he has turned away customers based on sexual orientation.

But there’s another case you may not have heard about.

In an apparent response to the Masterpiece Cakeshop dust up, a man named William Jack from Castle Rock, Colorado approached three bakeries (Azucar Bakery, Gateaux, and Le Bakery Sensual) and asked them to bake cakes critical of same-sex marriage.

In the case of Azucar Bakery, he requested a cake with two groomsmen holding hands in front of a cross with a red “X” over the image. The cake was also to include three statements “God hates sin. Psalm 45:7”, “Homosexuality is a detestable sin. Leviticus 18:2” and “While we were yet sinners Christ died for us. Romans 5:8.”

To no one’s surprise, they declined.

In response, Mr. Jack filed his own complaint with the CCRC claiming that their refusal to bake the cake communicating his Christian opposition to homosexuality was discrimination based on creed; specifically his Christian faith.

In the end, the CCRC agreed with the bakery and concluded the refusal to bake the cake requested was not discrimination based on creed for three reasons.

First, they said the refusal was not because the person requesting it was a Christian but because the cake “included derogatory language and imagery.”

Second, they cited the fact that they had served Christians before as evidence that they don’t discriminate on the basis of creed.

Third, the bakery would also refuse to bake a cake that was critical of Christians.

If it feels like these are the same arguments that were made by Jack Phillips (and other businesses) who happily serve gay customers but are unwilling to be part of same-sex wedding, that’s because they are.

That makes sense…to no one.

It is apparent that the CCRC sympathizes one perspective but not the other.

These arbitrary and contradictory results are the legal equivalent of the middle finger.

We’re in charge and you aren’t. That’s why.

Of course those bakeries should be free not to bake a cake that includes a message they disagree with. The problem is laws which permit people to act on one set of beliefs about a particular issue but deny people with the opposite opinion the same rights.

In fairness, arbitrary application of the laws based on the preferences of the person in power has been the norm not the exception throughout history.

But America has been an attempt to move away from that. It hasn’t been perfect, but despite abuses of power, we have aspired to create a world in which everyone is bound by the same laws in the same way.

As a result, we have worked to create a world in which people who were similarly situated could expect similar results in court.

Clearly, we have progressed beyond that. Because, you know…equality.

Heads I win, tails you lose.

Originally published by the Family Policy Institute of Washington.

A Tale of Two Bakers: Will Colorado Play Favorites?
b
a
x
r