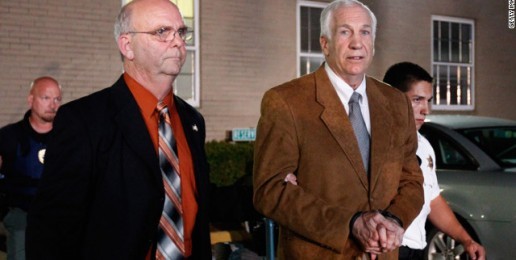 Anthony Esolen on the Moral Structure of Pedophilia
Written By Laurie Higgins   |   10.01.13
PRINT

Esolen makes the case that society has largely appropriated a revolutionary idea about sexuality that undermines any rational argument against pedophilia. Yes, we retain some vestigial sentiments against pedophilia but have deracinated any reasons to oppose it. We have eradicated in Esolen’s words “the moral structure” that renders opposition to pedophilia rational. According to Esolen, the moral structure that supplants the historical moral structure and makes possible pedophilia is this: “the welfare of children is subordinate to the sexual gratification of adults.”

All that motivates or animates society’s current opposition to pedophilia is some sort of antiquated and ultimately useless sentiment left over from a time when people understood true moral reasoning and held true moral reasons. But sentiment cannot long stand.

Esolen argues that the Left proclaims consent (or lack thereof) as the red line that separates moral sexual acts from immoral acts, and since children cannot consent, pedophiliac acts are ipso facto immoral (The Left fails to explain why lack of consent is the great moral evil and fails to explain the  origin of that transcendent, eternal, objective moral absolute regarding consent).

Esolen exposes the flimsiness of the consent argument in a brief discussion of the Jerry Sandusky and Raymond Lahey homosexual pedophile scandals:

It may be argued that the boys were too young to give genuine consent. They were dupes….But the horror, the disgust, is out of all proportion to a memory of being duped. If somebody tricks a boy into giving him fifty dollars for a lump of fool’s gold, the boy now grown will look back on the incident with irritation and contempt for the trickster, but not with any horror. The shame of Sandusky’s victims arose not from the trickery, but from the act itself into which they were tricked.

Besides, the fact that a child cannot give genuine consent is not in itself morally decisive. We compel children to do plenty of things for their own good—or for what we say is good. A public school teacher in Toronto has written a set of lessons requiring young children to imagine wearing clothes appropriate for the opposite sex. He’s been congratulated, not by the wary parents, but by a school board that insists that teachers are “co-parents.” What he’s doing, of course, is subjecting naïve children to an exercise that promotes his own sexual aims.

Esolen expands the argument beyond the relatively small population of pedophiles to our “progressive” pedants. If harm to children is closely and honestly examined, the creepiness of, for example, Planned Parenthood dogmatists, whom Esolen describes as “planned predators,” can be seen as analogous to the creepiness of Jerry Sandusky. Esolen warns that all child predators share in common a method of grooming children that involves undermining the parent-child relationship:

[A]long come the Planned Predators, with a cadre of—what shall we call them? What would we call them if they had no “credentials,” no initials after their names? What would we call the old man down the street, wheezing and giggling, who likes to show little kids pictures of people masturbating? I believe the technical term is “creep.” So then, along comes Planned Predators with their creeps, lubriciously introducing children to the delights of meaningless sex, with cartoons of talking penises and vaginas, of a girl bending over with a mirror to inspect her anus, or a boy in his bedroom abusing himself.

Is that unfair? Some people want to have their sexual flings, but are discreet enough to try to keep children away from them; not that they ever succeed entirely, but at least their hypocrisy pays vice’s tribute to virtue. But Planned Predators do not believe in that tribute. There are pedophiles of the body, and pedophiles of the soul. Planned Predators happily enlist the latter among their troops.

One wonders how Sandusky managed to do what he did for so long, without getting caught by parents. Well, the abuser separates the child from the parents. “This is our secret,” says the creep. “Don’t tell your parents,” sibilates the lizard. “They won’t understand.” “Your parents haven’t treated you right,” hisses the snake. “Your parents are old-fashioned. Your parents are selfish. Your parents have their own agenda. You don’t have to submit to your parents. You can be your own person,” wheedles the weasel, meaning: Submit to me.

That is the same strategy that the credentialed spiritual pederasts use. Parents are the enemy. The parents are kept in the dark. The parents are too benighted to know what is best. The parents—even such sporadically responsible parents as our generation has produced—wouldn’t know about how happy it is to be sexually free.

One begins to wonder whether it is not the harm done to the child that counts, in our world of advertising-as-truth, but the style with which it is done, or the class to which the child-destroyer belongs. It is hard for those who do not think about the essences of things to judge actions and not actors.

The sibilating lizards and hissing snakes are now accessing our children in public schools, and we pay their salaries. What chumps we are.

But Esolen is not letting anyone off the hook. He forces us to expand further the cultural ramifications of the sexual revolution that holds as sacred the commandment to “fulfill thy desires”:

If we altered the question, and asked not how many people have done sexually abusive things with children, but how many people have done sexual things that redounded to the suffering of children, then we might confess that the only thing that separates millions of people from Jerry Sandusky is inclination. Everything that was once considered a sexual evil and that is now winked at or cheered, everything without exception, has served to hurt children, and badly.

We might point here to divorce. Unless it is necessary to remove oneself and one’s children from physical danger and moral corruption, the old wisdom regarding divorce should hold, if children themselves have anything to say about it. Parents will say, “My children can never be happy unless I am happy,” but they should not lay that narcissistic unction to their souls. Children need parents who love them, not parents who are happy; they are too young to be asked to lay down their lives for someone else. It is not the job of the child to suffer for the parent, but the job of the parent to endure, to make the best of a poor situation, to swallow his pride, to bend her knees, for the sake of the child.

Esolen urges us to see that the pretentious trappings of urbanity that society cloaks itself in to conceal its evil are as insubstantial as the Emperor’s new clothes:

[T]he welfare case who, at her wits’ end, takes a whip to the boy who can throw her to the floor… is led off to family court, she with the tobacco stains on her fingers and the voice ground down into tenor. But the sophisticated “single mother,” with her degree in Women’s Studies from Wellesley, living in the high-rent belt around Boston, dresses her daughter up as a neuter, and turns a cold shoulder when the child begs to be treated like an ordinary girl. No time in jail for her; rather a date for the savante nouvelle to lecture at the local library, one week after her friend lectures on the cruelty of treating dogs as if they were not dogs, and one week before her other friend lectures on gluten-free wheat and yolkless eggs.

Esolen teaches that it’s not substance that differentiates the affluent feminist from the impoverished, welfare mother: It’s style.

If we cared less about style and more about substance, the bodies and souls of children would flourish.

Everyone should read Dr. Esolen’s article, and then reread it slowly.

The SPLC Owes Me An Apology Too
b
a
x
r