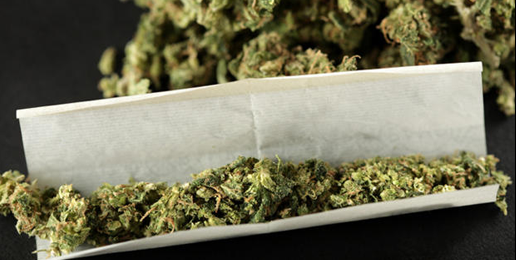 The U.S. House passed a bill last week that would remove marijuana from the federal schedule of controlled substances and eliminate federal criminal penalties for anyone who manufactures, distributes, or possesses marijuana. This is the first time in our nation’s history that a chamber of the U.S. Congress has voted on decriminalizing marijuana on the federal level.

The bill, known as the Marijuana Opportunity Reinvestment and Expungement Act of 2019 or “MORE Act,” proposes “to decriminalize and de-schedule cannabis, to provide for reinvestment in certain persons adversely impacted by the War on Drugs, to provide for expungement of certain cannabis offenses, and for other purposes.” In addition, the Act would create a trust fund, funded by a tax on cannabis products, that is intended to help those affected by the “War on Drugs.” This move in Congress comes after recent votes by some states to decriminalize or legalize marijuana, but is not expected to pass the Republican-controlled U.S. Senate.

TAKE ACTION: Please click HERE to contact U.S. Senators Dick Durbin and Tammy Duckworth to urge them to oppose this dangerous bill that will trap more people, including adolescents, in the prison of drug addiction. ​​​​​​​Please ask your federal lawmaker to vote NO to H.R. 3884. 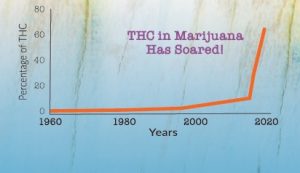 The pot smoked today is a very different drug than that smoked by preceding generations. In the 1960s and 1970s, THC content was around 2-3 percent. According to researchers at the University of Mississippi, the average THC content of illicit marijuana seized by the Drug Enforcement Administration (DEA) increased from 4 percent in 1995 to 12 percent in 2014. A 2015 study found legal marijuana in Colorado with THC content up to 30 percent. And 2018 testimony reveals THC concentrations as high as 65 percent in Washington State. (See graphic.)

We’re dealing with a drug that has been modified to be far more potent than it was in the past. Because of that, it is presenting unprecedented problems. States that have legalized recreational use of marijuana are serving as unfortunate testing grounds and revealing frightening physical, psychological and social effects, especially with more frequent use and at higher-than-ever THC levels.

A European study released in March 2019 in the psychiatry journal The Lancet Psychiatry found an even more alarming link: “People who smoked marijuana on a daily basis were three times more likely to be diagnosed with psychosis compared with people who never used the drug. For those who used high-potency marijuana daily, the risk jumped to nearly five times.”

In addition, a National Academy of Sciences report found:

Dangers for Youth and Children

Teenagers who become weekly marijuana users by age 18 have a 37 percent higher chance of depression as adults. Researchers in Australia found that, among teens in Australia and New Zealand, those who became daily cannabis users before age 17 were seven times as likely to commit suicide, eight times as likely to use other drugs in their 20s, and 60 percent less likely to finish high school. More research is needed to consider pre-existing conditions and the effects of marijuana combined with alcohol.

Federal decriminalization is just a stepping stone to full legalization. This will only lead to more users, more addicts, more employee candidates failing drug tests, more intoxicated drivers, more work place accidents, more disabilities, more homeless, more mental illness and more dependents on social welfare. Marijuana use among people 25 and under will increase dramatically — those whose brains are still developing and whose brains are most susceptible to the harms of marijuana use.

Illinois state lawmakers have already set a terrible example for our children and grandchildren by legalizing so-called “recreational marijuana” in Illinois. Federal lawmakers should not follow their poor example of failing to protect the citizenry. For the sake of our neighbors in the 39 states that have not legalized recreational marijuana use, we must speak out.

Learn more at Resources on the Truth and Consequences of Marijuana 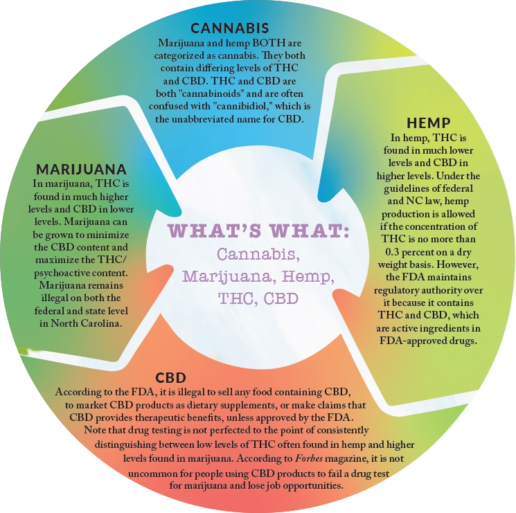