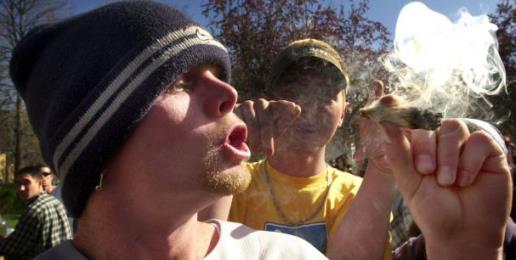 This bill will put more impaired drivers on the road,
more impaired employees in the workplace
and more children at risk.

Before the regular session ended on May 31st, State Representative Kelly Cassidy (D-Chicago) and State Senator Heather Steans (D-Chicago) were able to pass legislation to decriminalize marijuana. The bill passed in both the Illinois House and Senate. Any day this dubious bill (SB 2228) will be sent to Governor Bruce Rauner, who will then have 60 days to sign it into law or veto it.

SB 2288 reduces criminal penalties from possession of 10 grams or less of marijuana to a civil law violation of $100 to $200. There are no limits to the number of civil law violations a person can receive, plus their record will be expunged every January 1st and July 1st.

What these lawmakers have done is removed a deterrent to drug use and addiction. They are moving full steam ahead toward full legalization. “Medical” marijuana and incremental decriminalization are the first necessary steps.

“The key to it is medical access, because once you have hundreds of thousands of people using marijuana under medical supervision the whole scam is going to be bought. Once there’s medical access…then we will get full legalization.” Richard Cowan, former director of the National Organization for the Reform of Marijuana.

Take ACTION:  Click HERE to send an email or fax to Governor Rauner.  Please urge him to veto SB 2228. Also, please call his Springfield office at (217) 782-0244. A tally report is given to the governor at the end of each day. There is a huge liability issue at stake that the governor should be concerned about. Who will assume responsibility for the increase in road fatalities, psychotic incidents, youth addictions, not to mention employer liability?

Too many lawmakers have been erroneously led to believe that our prisons and judicial system are overrun with “petty” marijuana offenses.  This is NOT the truth.  Please read a former Will County and Cook County Assistant State Attorney as he exposes this myth in an article he wrote exclusively for Illinois Family Institute: Cannabis Myths Exposed

Contrary to one of the reasons lawmakers give for decriminalization, prisons are NOT overcrowded with marijuana users. Click Here and Here  and Here.

Marijuana is NOT Harmless. Cannabis Use is classified as a Disorder in the DSM-5 (Diagnostic and Statistical Manual of Mental Disorders).

The American Academy of Pediatrics opposes medical marijuana outside the regulatory process of the FDA and opposes legalization because of the potential harms to children and adolescents.

The American Academy of Child and Adolescent Psychiatry’s policy statement warns of the negative effects on children.

The American Academy of Neurology warns that medical marijuana legislation is not supported by medical research.

The American Society of Addiction Medicine recognizes “there are several potential medical and public health consequences of marijuana use that require further research.”

Fatal car crashes involving marijuana double after states legalize the drug. States that have relaxed their laws are seeing a 24.4% increase in car fatalities.

Children will be affected. As perceived risk decreases, use increases. Colorado has seen a jump in school drug cases.  Click Here and Here. Furthermore, a diminished IQ and cognitive performance and even brain abnormalities have been detected with “casual” use.

Drug use will become a big problem for employers.

With the state our state is in, why would lawmakers make it worse?