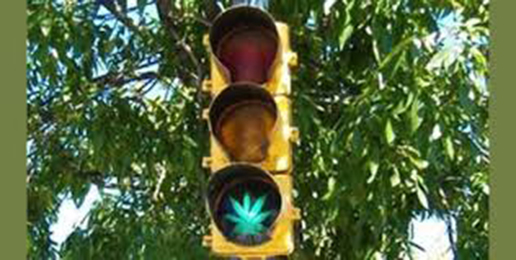 These Bills Will Put More Impaired Drivers on the Roads
Written By Kathy Valente   |   04.04.16
PRINT

Under HB 4357 and SB 2228 possessing more than 10 grams of marijuana (25 joints) carries a mere $100 to $200 fine and a Civil Law Violation. There is no limit to the number of Civil Law Violations a person can receive, and in addition, their records will be expunged every January 1 and July 1.

If passed, having in your possession 10 grams of marijuana will carry negligible risks and consequences. Marijuana is already the most popular drug in the United States, and the passage of this bill will likely increase the number of adults and children who use and deal marijuana.

According to the British Medical Journal, drivers who consume cannabis within 3 hours of driving are nearly twice as likely to cause a vehicle collision as those who are not under the influence.

When marijuana is smoked, THC moves through the blood rapidly and is deposited in fatty tissues and the liver to be metabolized. After 2 hours, there would only be a trace left, below 5 nanograms, which is HB 4357’s standard for determining a safe driving level.

With edibles, very little THC travels through the blood because it goes directly through the digestive system. Though it takes 1 to 5 hours for the THC level to peak, the THC level in the blood is very low compared to smoking, yet the same standard will apply.

An increase in marijuana use makes doing business in Illinois more costly and challenging because the pool of drug-free workers will be in decline, employees using marijuana will likely compromise safe working environments, and there will most likely be an increase in absences, tardiness, accidents, workers’ compensation claims, and job-turnover.

Take ACTION!  CLICK HERE to email both your state representative and state senator. Contact them today! Urge them to oppose HB 4357 and SB 2228.