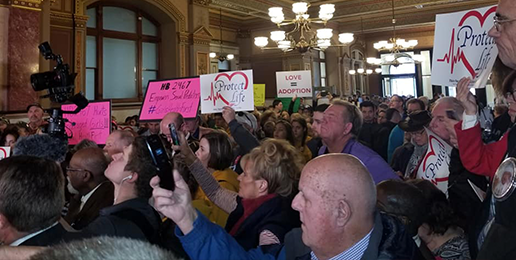 As the oldest teenage daughter of IFI’s executive director, I have had the privilege of visiting Springfield for a great number of events. But this past Wednesday was perhaps the most important event I’ve volunteered for as I witnessed over four thousand pro-life Illinoisans converge on our state capitol to oppose two extreme abortion bills currently pending in the General Assembly. 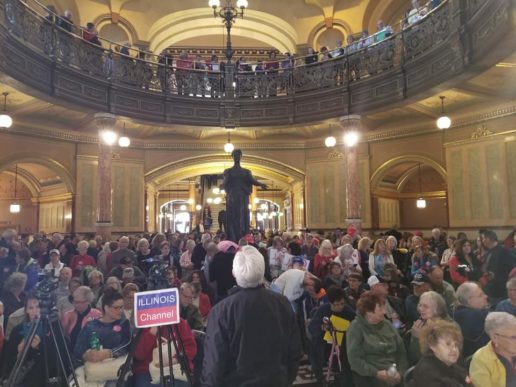 The capitol rotunda was jam packed with pro-lifers, the second and third story balconies were crowded with them, and outside the Capitol building were many dozens more, waiting to get inside and make their presence and their demands known to our state lawmakers. Buses filled with concerned citizens drove in from southern Illinois, the Moline area, Freeport, the northwest suburbs and the southwest suburbs.

The rally started with a stirring hymn in the capitol rotunda, where ironically, not three months ago our Secretary of State erected a Satanic monument just opposite the Capitol Nativity Scene. But Christ’s presence was made known as the rich, powerful words of the well known hymn Amazing Grace filled the halls, from the floor of the rotunda to the third story, causing people to pause, heads to turn and hopefully a few hearts as well.

It is not surprising to note that mainstream media outlets failed to accurately report the great number of “anti-abortion protesters” in attendance on Wednesday afternoon. The fact is, Capitol police had to shut the doors because so many citizens had filled the building to capacity. And that, I am told, is a very rare occurrence. 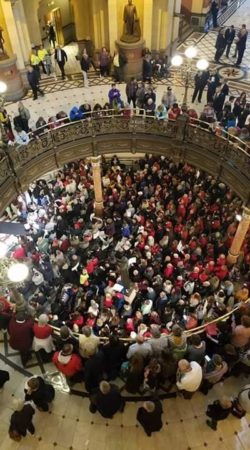 State Representatives Terri Bryant (R-Mt.Vernon), David Severin (R-Marion), Darren Bailey (R-Olney)and Amy Grant ((R-Wheaton) were joined by Bishop Thomas Paprocki of the Springfield Catholic Diocese and Rev. James Scudder, Jr., of Quentin Road Bible Church in Lake Zurich in addressing the pro-life multitude.  The crowd responded repeatedly with deafening roars of unanimous opposition to the extreme abortion legislation. I suspect that nearly everyone in the building heard the resounding chants of “No, No, No, No.”

Pro-life veterans were heartened by this response, and I have to believe that abortion proponents were made uncomfortable by the tsunami of pro-lifers that washed over Springfield that afternoon.

Yet we know all too well, the fight is not over. We must continue to apply pressure to our lawmakers and continue to speak for those who cannot speak for themselves, because the baby murder activists are certainly not going to let up any time soon.

Case in point; as I assisted in the take down of the information tables after the rally, I noticed a group of about fifteen to twenty people crowding around a woman, who was telling them it was time to drown out these women haters (a.k.a pro-lifers) and that this (the capitol) was their “house,” at which point they all began chanting: “Whose house? Our house!” followed by “Whose uterus? Our uterus!” 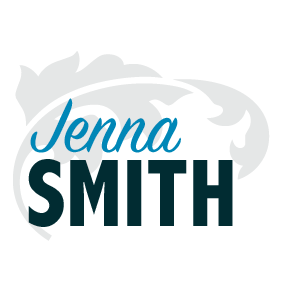 Jenna Smith
Jenna is a 19-year-old Christian homeschool graduate who is striving to make “all of Christ for all of life” her motto. She is an amateur writer, an ivory-tickling pianist, a book vortex, and a convicted consumer of podcasts such as Crosspolitic, the Plodcast, and WhatHaveYou. Aside from that, she is the daughter of IFI’s Dave Smith, so you can see there really is no nepotism in publishing her at all. You can follow Jenna on Instagram at @charming_undomiel....
Full bio and more from Jenna Smith
b
a
x
r