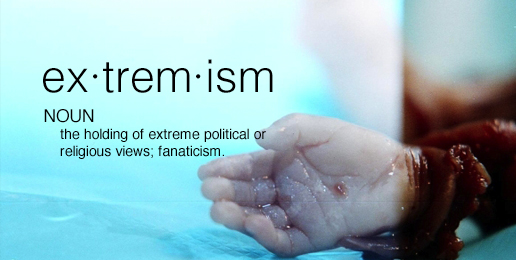 Planned Parenthood, the ACLU, and Personal PAC have joined forces, once again, to eradicate any and all limits on killing babies in Illinois, absurdly claiming that Illinois’ parental notice law is “dangerous” and “unnecessary.”

The push comes from Governor JB Pritzker’s office and has materialized in the form of two bills. In a press conference, State Representative Kelly Cassidy (D-Chicago), chief sponsor in the Illinois House for the grossly misnamed Reproductive Health Act (HB 2495), stated, “We know that there is a movement today to limit access to reproductive health care. We want to reflect our values in Illinois and trust women.”

Well, she got one thing tacitly right. Those who wield power in Illinois have barbaric “values” that include utter disregard for the bodily integrity, dignity and sanctity of humans in the womb.

In fear of Roe v. Wade being overturned, they will do everything in their power to preserve the non-existent moral “right” to slaughter inconvenient and imperfect humans in Illinois. According to speakers at the February 12th press conference, their bills will do the following:

State Representative Emanuel Chris Welch (D-Westchester) is the chief sponsor of the HB 2467, a proposal to repeal the Parental Notice of Abortion Act of 1995. This law only requires notification—not consent. But pro-abortion advocates don’t want anything—not even parents—to hinder a child’s ability to have her baby killed. Liz Higgins, Planned Parenthood Associate Medical Director, stated, “Planned Parenthood and our partners are not going to let this become a country where people can no longer access abortion.” This includes our daughters. The government is once again interfering in familial relationships in order to advance Leftist “values.”

This must be stopped. Planned Parenthood and the ACLU will stop at nothing to achieve their body-and soul-destroying goals. If we fail to do everything in our power to block the passage of these bills, we become complicit in the destruction of countless more innocent lives.

How much longer will God stay his wrath on this state for shedding innocent blood?