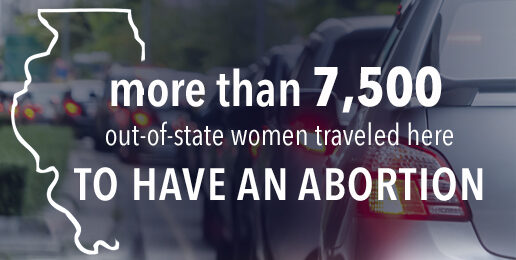 It’s hard to fathom that for some people, facilitating human slaughter is the animating purpose of their lives. For some, ensuring that women are legally free to slaughter their own offspring is what gives their lives meaning. And unfortunately, many of them live in Illinois, thereby ensuring that the Illinois swamp is filled with not just fetid excrement coming from Springfield and the governor’s mansion but also with the blood of human fetuses.

Illinois’ human dismemberment and disposal industry has moved into high gear in preparation for Roe v. Wade to be overturned, at which point, more states will pass regulations limiting or eliminating abortion accessibility. On Jan. 21, 2022, the Chicago Tribune reported that “Each year, thousands of women cross state lines to have an abortion in Illinois—and that number could grow exponentially as pending U.S. Supreme Court decisions and new laws in various states challenge reproductive rights across large swaths of the nation.”

In anticipation of possible new laws to protect the right of tiny humans not to be exterminated, Hope Clinic in Granite City, Illinois and Reproductive Health Services of Planned Parenthood of the St. Louis Region have colluded to create the Regional Logistics Center, which is housed in the Planned Parenthood slaughterhouse in Fairview Heights, Illinois.

The anodyne-sounding Regional Logistics Center connects pregnant women—also known as mothers—with “various resources to help with everything from paying for the procedure to travel costs to finding a place to stay overnight.” Leftists want Illinois streets stained with the blood of babies from around the country.

(It is notable that human slaughter-related facilities are never located in affluent left-leaning communities like Highland Park or Glencoe. While Fairview Heights has a median household income of $49, 131 and Granite City of $43,759, Highland Park’s is $100,967 and Glencoe’s is $193,571. You would think liberal towns and villages would be eager to demonstrate their support for the “fundamental right” of women to off their offspring by welcoming abattoirs into their communities.)

[W]omen traveling here to terminate a pregnancy will have a new resource designed to make the process easier.

If ever there were a “process” in need of ease, it has to be having one’s child killed. Grease up that “process” so no woman has time to listen to any inner voices telling her to stop.

How embarrassing for reporters to resort to using euphemistic phrases like “terminate a pregnancy.” Is there anyone over the age of twelve who doesn’t know that “terminating a pregnancy” means terminating the life of a fellow human being? 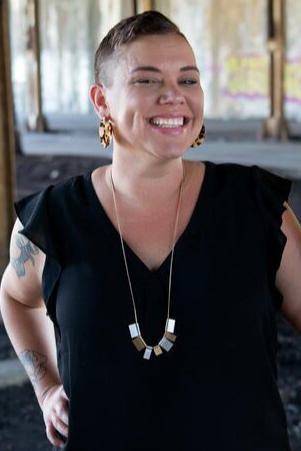 In an effort to ensure that Illinois remains the Midwest’s premier killing field, this month Pritzker put his money where his mouth is, donating “$100,000 from his campaign to the Personal PAC Independent Committee, whose purpose is preserving reproductive rights in Illinois ‘by making independent expenditures to elect pro-choice candidates to state and local office.’”

One of the resources to which the Regional Logistics Center will connect pregnant women is the Chicago Abortion Fund, whose executive director Megan Jeyifo has ordered the killing of more than one of her own offspring. Finally, she allowed two of her offspring to survive the treacherous waters of her womb and now says this about them:

I honor my abortions when I hug my children. My abortions made their life possible.

Jeyifo sees child sacrifice as a noble deed, one about which she offers this advice to women as they prepare to end the lives of their children:

Wear comfortable clothes. Plan out and look forward to a yummy meal after. Text your best friend. Know that you are making a decision for yourself that is powerful.

Jeyifo has a two-part mission. The first part consists of helping women have their children killed, and the second part is persuading others that killing humans is a noble cause:

What Jeyifo doesn’t say is that destigmatizing human slaughter necessarily entails stigmatizing opposition to human slaughter. Leftists don’t really oppose stigmas, shaming, and judging as they claim they do. Rather, they just want to ensure that moral truths and the people who express them are judged, stigmatized, and shamed.

The morally repugnant Jeyifo who was encumbered in her quests to end her former children’s lives by travel obstacles argues,

I think about what it took for me to travel. … I make really clear to the callers that the difficulty you face in accessing an abortion has nothing to do with the morality of an abortion. It’s a systemic failure in this country. Abortion is health care.

For the umpteenth time, abortion ends the life of an innocent human being. That’s science. Killing innocent humans is not health care. And in no moral universe is the intentional ending of an innocent human life morally defensible. The participation of political leaders, medical professionals, and Big Business in this barbaric practice is a systemic failure in this country.

Anyone hell-bent on keeping human slaughter legal, anyone so ignorant as to believe the Founding Fathers embedded in the Constitution a “right” of mothers to have their children slaughtered lacks both knowledge and wisdom. And anyone who ardently supports and facilitates human slaughter is evil.