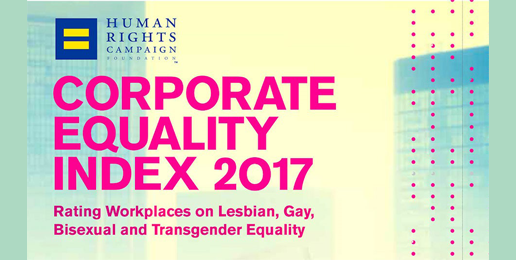 Unmasking The Human Rights Campaign: The Enemy Masquerading as an Angel of Light
Written By Tamara Cochran Louris   |   04.11.17
PRINT

And no wonder, for Satan himself masquerades as an angel of light.
~2 Corinthians 11:14~

The United States was founded by people of faith, people who espoused a biblical worldview. That worldview, bolstered by a conscience that yearns for justice, compelled the writing of the Declaration of Independence:

The Declaration defined the nature and source of human rights; the United States Constitution detailed those rights, protecting them from government transgress.

The Founders secured the very impetus for the colonies in America with the First Amendment to the Constitution:

Congress shall make no law respecting an establishment of religion, or prohibiting the free exercise thereof; or abridging the freedom of speech, or of the press; or the right of the people peaceably to assemble, and to petition the government for a redress of grievances.

Notice no reference to a wall of “separation of church and state?” Early settlers desired to live out their faith, to worship according to personal understanding of the scriptures, not by compulsion of a state run and controlled church akin to the Church of England. Government was seen as a necessary evil to provide for national defense and some infrastructure; the U.S. Constitution was clearly written to free the citizen and robustly constrain government.

Our history as an independent people, individually responsible for our own actions and consequences, but keenly aware of rights and justice infuses our national DNA. Rights and justice are not, in and of themselves, evil.

The key is WHO is the author of the rights?

The Founders believed the Bible and that the God of Abraham, Isaac, and Israel created men (ie. all men and all women) in His image. Life was precious, sacred, because the Lord God was its author.

But not all rights are true rights or even good. The idea of “human rights” sounds aspirational, lofty.

The Apostle Paul warned early followers of Jesus and the church at Corinth:

And no wonder, for Satan himself masquerades as an angel of light.

Masquerading as an angel of light, gay rights activist Stephen Robert “Steve” Endean founded the Human Rights Campaign (HRC) in 1980. The mission of the organization:

The Human Rights Campaign and the Human Rights Campaign Foundation together serve as America’s largest civil rights organization working to achieve LGBTQ equality. By inspiring and engaging individuals and communities, HRC strives to end discrimination against LGBTQ people and realize a world that achieves fundamental fairness and equality for all.

The Human Rights Campaign envisions a world where lesbian, gay, bisexual, transgender and queer people are ensured equality and embraced as full members of society at home, at work and in every community.

Ah ha! The crux of the matter is not “human rights” but rather “LGBTQ (lesbian, gay, bisexual, transgender, queer or questioning) rights.” Why the disguise (aka masquerade)?

That is until we compare the mission statement with the foundation of America, a biblical worldview which undergirds our founding documents. What does the Bible have to say about those lifestyles?

For although they knew God, they neither glorified him as God nor gave thanks to him, but their thinking became futile and their foolish hearts were darkened.

Therefore God gave them over in the sinful desires of their hearts to sexual impurity for the degrading of their bodies with one another. They exchanged the truth about God for a lie, and worshiped and served created things rather than the Creator—who is forever praised. Amen.

Because of this, God gave them over to shameful lusts. Even their women exchanged natural sexual relations for unnatural ones. In the same way the men also abandoned natural relations with women and were inflamed with lust for one another. Men committed shameful acts with other men, and received in themselves the due penalty for their error.

Now, having unmasked the true intent and nature of the “Human Rights Campaign,” it should come as no surprise that Endean’s unholy organization seeks to vilify those proclaiming truth and businesses not cowering to the HRC mandates. Since 2002, “HRC’s Corporate Equality Index report, released each fall, provides an in-depth analysis and rating of large U.S. employers and their policies and practices pertinent to lesbian, gay, bisexual and transgender employees. Businesses rated 100 percent are recognized in their ‘Best Places to Work’ list. All consumer-oriented businesses are included in their ‘Buying for Equality‘ guide.” [see below]

Businesses in America are rated according to their accommodation and celebration of “alternative lifestyles,” also known as sinful lifestyles. HRC President Chad Griffin writes:

In this 15th edition of the Corporate Equality Index we have seen the largest increase in top-rated businesses in the history of our survey with 517 employers earning perfect 100 percent scores. In addition, this year saw the CEI’s largest jump ever in businesses offering transgender-inclusive healthcare coverage — from 511 last year to 647 this year.

While there is much to do and many key civil rights fights ahead, thanks to these private sector leaders, the march towards greater equality is not slowing down. The LGBTQ community and the 887 businesses in the CEI will keep moving forward every day.

While this vicious brand of bigotry is currently finding little traction in the United States, public opinion in many other nations makes their words and work much more dangerous. In fact, their actions pose a fundamental threat to the safety of LGBT people around the world, and that threat is growing.

The Bible instructs us to be wise as serpents, harmless as doves. Comparing the Bible and its principles and commands to the Human Rights Campaign mission, Corporate Equality Index, and HRC’s Export of Hate report reveals an unavoidable conclusion. The HRC is an unbiblical and evil entity.

Woe unto them that call evil good, and good evil; that put darkness for light, and light for darkness; that put bitter for sweet, and sweet for bitter! — Isaiah 5:20

There could not be a more stark picture of that verse than the Human Rights Campaign, and believers in America must hold fast to biblical truth and wisdom and unmask ungodly evildoers “masquerading as angels of light.”

We now have IFI mobile app that enables us to deliver great content based on the the “Tracks” you choose, including timely alerts, cultural commentaries, upcoming event notifications, links to our podcasts, video reports, and even daily Bible verses to encourage you. This great app is available for Android and iPhones.