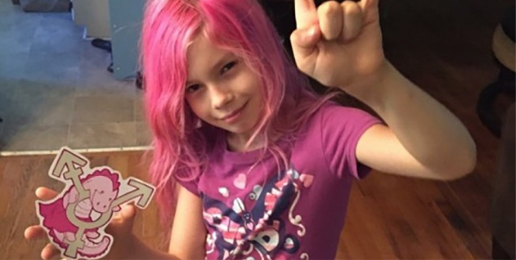 “At the length, the truth will out”

Illinois Republican governor Bruce Rauner campaigned on having “no social agenda.” To paraphrase Dr. Seuss, he said, and said, and said those words. He said them. But he lied them.

“No-Social-Agenda” Rauner believes justice demands that it be as easy-peasy for poor women to slaughter their babies as it is for wealthy women, and, therefore, taxpayers should pay for their abortions. Oh, and taxpayers should also pay for the deaths of state employees’ children though I’m not sure his reasons for that.

America, it seems, is hell-bent on destroying children. Adults are seeing to it that children who escape poisoning and dismemberment in the womb will not see adulthood in one piece—not emotionally, psychologically, spiritually, intellectually, or physically.

To add insult to often barbarous injury, deceitful and deceived adults obscenely call the destructive ideologies, policies, practices, and laws they promote humane, wise, and compassionate. And so the victimization of children grows. Their bodies are assaulted, and Leftists call these assaults humane affirmations of their dignity.

The epidemic of children and teens being diagnosed as “gender dysphoric” is exploding. The Guardian reported that “The Tavistock clinic, the only centre for children and adolescents in England, has seen referral increases of about 50% a year since 2010-11. In the past year it has had an unexpected and unprecedented increase of 100%, up from 697 to 1,398 referrals,” and that “Referrals of children and adolescents to the Sandyford clinic in Glasgow also doubled in a year, from 90 in 2014 to 178 in 2015.”

“Trans” cultists argue that this astonishing increase in gender dysphoria diagnoses is due to an increase in social acceptance and awareness that enable children to identify experiences they’ve long had but had no framework or language for expressing.

Others see the rise as a troubling result of the ideological corruption and politicization of the mental health community and an indicator of the suggestibility of children and teens who experience gender dysphoria for myriad reasons, including discomfort with the bodily changes of puberty; discomfort with opposite-sex attention that often attends puberty; discomfort from perceiving themselves as insufficiently male or female; abuse; family dysfunction; trauma; or chronic physical or mental illness. Children’s understanding or interpretation of their gender dysphoria is being distorted by the “trans” lens through which all of society is forced to view “gender.”

The emergence of what is being called “rapid onset gender dysphoria” suggests that social contagion exacerbated by social media also contributes to the meteoric rise in “trans” diagnoses.

At the same time, there is a burgeoning “detransitioning” movement. Detransitioners are men and women—often young adults—who, after spending some time “identifying” as “trans” and trying through chemical and/or surgical alterations to conceal their sex, decide to accept it. Tragically, some of the effects of cross-sex hormones—like voice changes; sterility; and in the cases of boys on estrogen, the development of breast tissue—as well as castrations and mastectomies are irreversible.

Further, some of the effects of long-term cross-sex hormone-doping are unknown. Medical professionals believe that cross-sex hormones may increase the risk of cardiovascular disease, diabetes, blood clots, and cancer. And they believe puberty-blockers, which are administered between ages 10-11 and delay the development of secondary sex characteristics, increase the risk of bone density loss.

A recent article on Lupron, one of the primary puberty-blockers prescribed to gender-dysphoric children, warns that it may cause serious, debilitating long-term health risks, including osteopenia, osteoporosis, and degenerative disc disease. Oddly, the article, appearing on the Kaiser Health News website in February 2017, mentioned only two conditions for which Lupron is used: to halt “precocious puberty” and to help children grow taller. The article never mentions that Lupron is one of the primary puberty-suppressing chemicals given to children diagnosed with gender dysphoria. UnitedHealthcare provides this information regarding the use of Lupron in treating gender dysphoria:

Lupron Depot is unproven and not medically necessary for puberty suppression in patients with gender identity disorder due to the lack of long-term safety data. Statistically robust randomized controlled trials are needed to address the issue of whether the benefits outweigh the substantial inherent clinical risk in its use…. Hayes compiled a Medical Technology Directory on hormone therapy for the treatment of gender dysphoria dated May 19, 2014. Hayes assigned a rating of D2, no proven benefit and/or not safe, for pubertal suppression therapy in adolescents.

Hayes Inc. analyzes and rates the “safety and efficacy” and “impact on health outcomes” of, among other things, drugs.

Parents of all political and philosophical stripes are grasping to find help for their children who suddenly announce they are “trans.” The professional mental health community is largely unhelpful and often even hostile to parents who resist filling their children’s bodies with risky puberty-blockers and cross-sex hormones. It appears the mental health community has fallen once again under the spell of a destructive fad like it did in the 1980’s and 1990’s with the “recovered memory syndrome.”

On websites like 4thWaveNow, Transgender Trend, and The Jung Soul, however, parents who are troubled by their children’s sudden claim to be “trans” are able to find information that the heavily politicized mental health community won’t provide:

It would behoove school administrators, faculty, and board members to think more deeply about the harm to children to which they may be contributing by allowing co-ed restrooms and locker rooms and mandating speech codes that require teachers to use incorrect pronouns. Anecdotal evidence suggests that “Teens with rapid onset gender dysphoria who have desisted from a trans identity seem to share at least a few of the following traits or experiences…”:

The “trans” ideology is not merely false, it’s also destructive and evil. It will eventually collapse from the weight of its incoherence. Theologian and church historian Carl Trueman writes that the “Transgender ideology depends upon a distinction between the male and female genders, even while denying the only grounds for maintaining that distinction: genetic and physiological difference.” Tragically, in the wake of this collapse will be left men and women with surgically mutilated and chemically sterilized bodies. When will Americans snap out of the intellectual and moral fog in which they’ve been wandering, leaving behind the crushed, poisoned bodies of children?