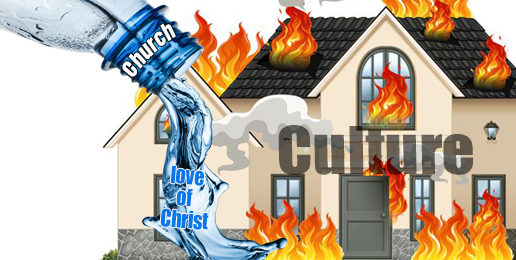 As a Christian pastor, I am seeing a dangerous trend among American Christians: There seems to be a philosophical and theological framework developing in reaction to a culture that is becoming increasingly hostile to a Christian worldview. In many cultural spaces, the Christian worldview is considered laughable and openly despised. The response of a large segment of evangelicals is to privatize faith and talk publicly only about issues that don’t ruffle cultural feathers.

This is most profoundly seen in the cultural conversations on sexuality. Every evangelical is ready to talk about clean water in Africa, but you will find very few who want to talk about the necessity of Christian sexual ethics as a cultural standard. The reason is crystal clear. Christian sexual ethics are despised in secular society. They are viewed as hateful and repressive. Younger evangelicals see the writing on the wall and want nothing to do with this—as they view it—embarrassing part of their faith. They might very well be traditional in their sexual ethics, but they have talked themselves into believing that no one else needs to know these biblical truths. Sadly, they couldn’t say why Christian sexual ethics are good for the culture anyway.

A new trend among evangelicals is a posture of apology: “we are so sorry that the Bible says this is not a good idea.” Then, they have “listening conversations,” in which they listen to how damaging these cultural ethics have been. Then, they apologize again. Through silence or apology, a large segment of Christians have removed themselves from the public square on the conversations of sex, desire and gender. They want to be relevant. Staying quiet on sex and gender seems to keep us acceptable to the powerful cancel culture.

This is the world in which we find ourselves. The legal right to marry someone of the same sex is now viewed as a constitutional right. The era of “gender fluidity” is here. Children can now get medicine and surgery to repress and conceal their embodied sexual development and become what their fallen hearts desire, whatever that might be.

Catastrophically, this is not all that this new sexual freedom wants. The goal of the new sexual-freedom culture is not just freedom to do what an individual desires but also to force everyone to celebrate every sexual expression. With fascist-like devotion, they are taking aim at our children.

In Illinois, a new law has been passed that requires the inclusion of LGBT “contributions” to United States history. But this is not about historical contributions; it is about ideological indoctrination. In Joy Pullman’s Federalist article on the new law, Brian Johnson, an LGBTQ advocate, reveals that they are using this law to teach our children to accept the lifestyles of the LGBTQ community as a positive good:

“Imagine a generation of Illinois students having learned the positive contributions of LGBTQ people to U.S., Illinois, world history. … I think it’s only going to have a positive effect on our society’s view of LGBTQ people.”

The angels weep as we sacrifice our children through silence to the new god of tolerance.

Christian silence brings a great human cost. By remaining silent, we are handing our culture a death sentence. This sounds alarmist but if what follows is true, then the alarm must be rung.

Harvard sociologist J.D. Unwin’s seminal work Sex and Culture makes the danger to our country and culture clear. Unwin, a secularist, performed a sociological survey of 80 societies, looking at their sexual ethics and the state of the culture. His work shows a direct link to the flourishing of a society and the sexual ethics they embrace.

There are four stages of civilization that have repeated themselves throughout human history. The first stage is “zoistic.” Zoistic societies “have no … political organization; usually their ‘chiefs’ are social elders or magicians,” and they are “sexually free.” These are primitive societies that cannot provide care to their inhabitants.

The second stage is “manistic.” Manistic cultures embrace “ancestral worship.” The dead are worshipped, placated or served. Manistic societies “compelled an irregular or occasional [sexual abstinence].” Such societies do little to harness this power for the good of its members.

The third society is termed “deistic.” Deistic societies erect temples to respond to the powers of the universe. Successful deistic cultures are “energetic.” Unwin shows how sexual restraint and this social energy are tied together, writing that “members of all the deistic societies demanded the tokens of virginity as proof that a girl was virgo intacta when she was married.” Such a society prescribed “pre-nuptial chastity” to restrain sexual energy. To the degree that the sexual energies were restrained, the society was proportionally energetic:

[T]he accomplishments of extremely energetic societies are territorial expansion, conquest, colonization and the foundation of a widely flung commerce.” Sexual restraint, chastity, and marriage cause a society to flourish.

The fourth stage is termed “rationalistic.” Rationalistic cultures develop the arts and sciences and have intellectual advancements, and are also best positioned to care for all segments of society. In short, a rationalistic society is the kind of society where humans can truly flourish.

Western society is at the rationalistic stage, the apex of societal development. Yet according to Unwin, we are in a precarious place. Unwin’s demonstrates that when sexuality is properly constrained, the energies of that restrained sexuality is [sic] used for the good of society. But when a culture begins to expand “sexual freedom. … the society will begin to display less energy” and display “human entropy.” Such entropy is a decline into disorder. If left unchecked, the society will decline and be overtaken by others.

Surely, we have much to defend and protect. Arguably, Western civilization is the greatest society that has existed in human history. Built upon the foundation of the Hebrew tradition and the teachings of Jesus, the great fruit of Western civilization is representative democracy. No other modern government has done more good for human flourishing than the one we are a part of today. It is built upon the blood, sweat and tears of nameless citizens, saints and soldiers through the ages. The common good of our fellow humans around the world is dependent upon its survival and its ideas taking hold.

But it is time to sound the alarm. We are in danger of an extinction-level event, societally speaking. The house is on fire. We have expanded our sexual freedoms. We are losing all sexual restraint and the future is clear: a declining society that very well might be swallowed up by powers that can no longer be held at bay. If your neighbor’s house is on fire and they are asleep, you do not stop yelling to wake them up even if it annoys the whole block. Better to be annoyingly loud than watch your neighbors burn.

How might we be annoyingly loud on sexual ethics in a culture that is on fire? First, we need to remember what it means to be human. In Genesis 1:26-28, we see important ideas about humans that have been foundational to modern Western society. The first important idea that the Bible has given Western society is that every man and woman bears the image of God. Notice that biological sex is foundational to image-bearing and not an expression of personal choice. Our sex is what we are, not what we choose or how we feel. We can’t allow this pillar of civilization to be thrown out because a few post-modern intellectuals have decided biological sex doesn’t matter. It matters. and we must say so. Society’s future is at stake.

Second, the Genesis text teaches that each person is of immeasurable value. This value should be tended to, defended and cultivated. In Western culture, this means constraining sex to marriage because it is in a committed relationship that one man and one woman can honor and serve the image of God in one another. From this, the sexual ethics of Judaism and Christianity find their foundation. Sexual boundaries protect the beauty of God’s image in humanity. According to Unwin, this boundary enables society to flourish. Without it, there will be hell to pay.

The third biblical idea is this: “be fruitful and multiply.” In Christian theology, this is referred to as the creation mandate. If the image of God in humanity is where each person finds his or her identity and worth, then the creation mandate gives the purpose of human sexuality. In Western society, the family is the foundation. The human family is to be a womb of love, creation and protection. In the love of a father and a mother, a child matures in the stability of a life-long commitment. This purpose gives an aim for sex. Pleasure alone provides no restraint. Procreation and restrained pleasure in marriage enables society to flourish.

It is these ideas that have formed the basis of human advancement and human flourishing since the age of the enlightenment in Western society. It is the highest level of hubris to think we are above this pattern of sexual restraint and social energy. We ignore Unwin at our peril.

It is the task of those who believe this is true and care about the future of human good to articulate and speak out for the good of the Judeo-Christian sexual ethic. It’s time to be annoyingly loud. In every area of life—with family, friends, colleagues, church, and in the public square and politics—we must be apologists for the common good. Make no mistake: those who believe in the new sexual ethic and destructive “gender” theories are not going to stay quiet. They are loud. If left unchallenged, a Christian worldview will be relegated to the trash dump of history. And if Unwin is right—and the research is sadly compelling—this new age of sexual freedom will propel our culture into destruction.

I have heard so many Christians speak ill of Western civilization or claim it doesn’t matter that Christians defend it. This demonstrates that they have no idea what comes next if we remain silent. According to Unwin, a culture that moves into our stage of sexual permissiveness has one generation to restore essential sexual restraints before the culture begins to diminish.

There is still time, but Christians cannot stay quiet. We know what is good and right. The house is on fire, and the occupants are sound asleep. If we love our neighbors, then we must engage. Gentleness and meekness have their place, but this moment demands something more. It demands courage to be annoyingly loud. It demands that we not be silenced by the crowds. It demands a willingness to be persecuted. We should do this because human flourishing is at stake. So, wake up, dear Christians. There is a fire to extinguish. 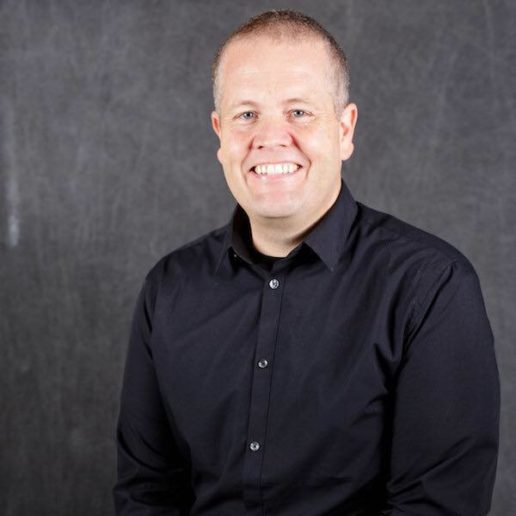 Ron Citlau
Ron Citlau and his wife have been married for 15 years, have four boys and serve at Calvary Church in Orland Park. He is an ordained minister in the Reformed Church in America and has a Masters of Divinity from Western Seminary.  Ron has co-wrote, Compassion without Compromise: how to love your gay friends without losing the truth; and recently wrote, Hope for the Same-Sex Attracted. Follow him on Twitter @citlau...
Full bio and more from Ron Citlau
b
a
x
r