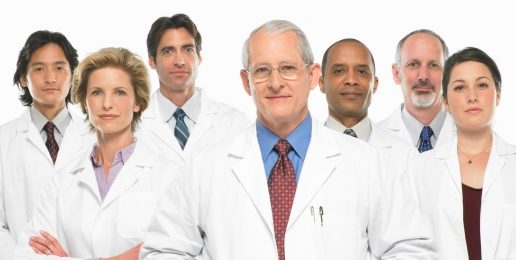 Freedom of conscience is at risk, and the attack upon it has officially enveloped the field of medicine.

Remember the 11,588,500 word bill passed by Congress in 2010, accompanied by the hopeful promise of easy-access healthcare? The bill that continues to cause the closure of small businesses and price hikes in the insurance market? That’s right, the Affordable Care Act (aka “Obamacare”) strikes again. Pointing back to Title VI of the Civil Rights Act of 1964, Title IX of the Education Amendments of 1972, Section 504 of the Rehabilitation Act of 1973 and the Age Discrimination Act of 1975, the Department of Health and Human Services (HHS) is now using Obamacare to target the right to liberty of conscience.

Reminiscent of the rainbow colors projected on the White House after Obergefell v. Hodges, the HHS is doing everything it can to solidify its celebration and special treatment for those struggling with their sexuality. Pursuant to a final rule to become effective July 18th entitled “Nondiscrimination in Health Programs and Activities,” every medical practice treating any patient who participates in HHS administered or funded health programs or in the health insurance marketplaces will be required to comply with Obamacare’s new “nondiscrimination protections”.

According to HHS, unlawful “discrimination” based on “sex” is not limited to choosing to operate on a female instead of a male simply because she’s a female and he’s a male; the new definition includes refusing to provide sex-reassignment surgery because you disagree with it as a matter of medical or moral judgment. The rule thus mandates that medical institutions provide sex reassignment surgeries to patients regardless of the religious interests of the institution or physician. Possible penalties for violating the rule include civil suits, fines, and criminal investigations.

It doesn’t stop with transgender conundrums, however; the new rule also includes those requesting abortions to the list of protected classes. Although the HHS declares that the rule (section 1557) does not replace the federal Religious Freedom Restoration Act or other provisions pertaining to religion, it fails to articulate any means of seeking relief under religious exemptions and is silent as to which provisions would be lifted and which would be stayed, should any relief be requested. The rule simply states, “[i]nsofar as the application of any requirement under this part would violate applicable Federal statutory protections for religious freedom and conscience, such application shall not be required.” No other mention of religious exemption is provided, leaving further procedural steps in limbo to be determined on a case-by-case basis with no uniform application.

Regulations will typically lay out a section detailing which providers are exempt under which circumstances because not doing so produces nebulous interpretations of the law. The practice is more than a courtesy, and omitting such a provision is a telling action indeed.

In addition to breaking down the freedom of conscience and religion, the rule erodes doctors’ professional judgment regarding which procedures are necessary, effective, and plausible for their patients. It’s another case of micromanagement that will have additional economic and moral ramifications for the medical field.

In the end, it’s clear that the rule is a ruse. While the federal government brandishes the colorful flag of the downtrodden class of sexual revolutionaries in its hand, it tramples on the ashes of truth, proudly proclaiming its fidelity to the cause of the deceived. Ironically and tragically, the very thing that can cause healing, that can provide some long overdue stability to struggling families, is the very thing the government continues to deride: the truth.

This article was originally posted at the FamilyFoundation.org blog.