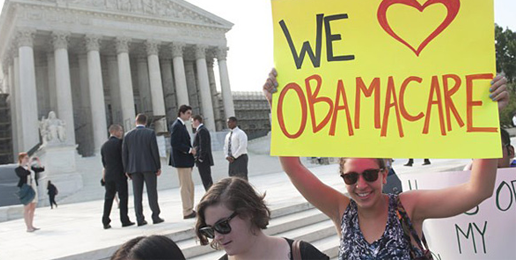 Last week many news story headlines made it sound as if the U.S. Supreme Court upheld the Affordable Care Act, also known as Obamacare. In reality, this moderate court again avoided taking a strong stand on a politically charged issue, and simply ruled that the Plaintiffs had no standing to bring the case. You could call this a dodge on a technicality, and it was, but even Justice Clarence Thomas, a critic of Obamacare, who criticized the court for not following through logically with past decisions, particularly on the individual mandate, agreed with the lack of standing.

President Joe Biden used the opportunity to mischaracterize the ruling as a sweeping affirmation of the terrible program and called for its expansion. “Today’s U.S. Supreme Court decision is a major victory for all Americans benefitting from this groundbreaking and life-changing law,” Biden’s handlers wrote in a statement for him.

Are Americans really benefiting from the Affordable Care Act? Not according to a new state-by-state study. Many Americans are paying a lot more, with fewer choices, than they were before the politicians “fixed” health care for us.  (Democrat leaders, specifically own this failure, as no Republican voted for the ACA – 34 Democrats also voted against it.)

The horrifically misnamed “Affordable Care Act” is one of the biggest frauds ever committed against the American people. In Indiana, Hoosiers, are now paying twice the amount for individual health insurance than they paid before Obamacare was passed.  As the Heritage Foundation notes, “Hoosiers paid an average $484 a month for coverage in 2019. That is $243 more than what they paid in 2013, the last year before Obamacare took effect. Additionally, Indiana has 8 fewer health insurers offering Obamacare exchange plans in 2021 than offered individual market plans in 2013.”

Hoosiers have fewer choices and higher costs, (and probably less coverage with higher deductibles) but in a weird way, it could be even worse.  Nationally, the average monthly premium paid by consumers in 2019 was 129 percent higher than before Obamacare took effect. Indiana has seen only a 101 percent increase in insurance costs.

On at least 15 different occasions, President Barak Obama claimed that premiums would go down. He specifically said that the average savings would be $2500 a year for a family. Rather than decreasing $200 a month as promised, Hoosiers have paid that much more each month.

This reminds me of what economist Milton Friedman who once said, “The government’s solution to a problem is usually as bad as the problem.”