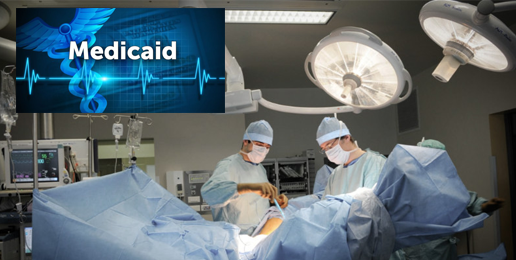 The Judge misleadingly concluded that “there is now a consensus within the medical profession that gender dysphoria is a serious medical condition, which if left untreated or inadequately treated can cause adverse symptoms, such as anxiety, depression, serious mental distress, self-harm and suicidal ideation.” He added that insurance companies now “acknowledge that gender-confirming hormone and surgical treatments for gender dysphoria can be medically necessary.”

Wisconsin estimates that as many as 5,000 enrollees in its Medicaid program may have some form of gender confusion and that treating them could cost as much $2.1 million. The state contends that, contrary to the Judge’s ruling, there is no proven benefit to “transsexual surgery,” and that the scientific literature indicates that supporting gender confusion causes significant emotional harm in patients, up to and including attempted suicide.

A study published by the National Institutes of Health entitled “Transsexual attractions and sexual reassignment surgery: Risks and Potential Risks” states that “Physicians and mental-health professionals have a professional responsibility to know and communicate the serious risks, in particular risk of suicide, that are associated with SRS (sexual reassignment surgery).” The study notes that transsexual attractions in youth often resolve themselves on their own, and/or may be successfully treated through counseling.

The study warns that the idea that one’s sex is fluid and a matter of choice has taken on “cult-like” status:

“It is doing much damage to families, adolescents, and children and should be confronted as an opinion without biological foundation wherever it emerges.”

“despite the “lack of contravening evidence that SRS conveyed any benefits compared with any unoperated-upon control groups, the practice of SRS has continued and has been extended into younger age groups.”

Sadly, there is a growing movement of former transsexuals who have learned the hard way that one’s sex is immutable. They have experienced “sex change regret” and have “de-transitioned” back to their true sex. One former transsexual relates the painful surgical process of repairing the damage done to his body: “I still have scars on my chest, reminders of the gender detour that cost me 13 years of my life. I am on a hormone regimen to try to regulate a system that is permanently altered.” Providentially, this man was able to experience love and marriage as God intended: “Eventually, I met a wonderful woman who didn’t care about the changes to my body, and we’ve been married for 21 years.”

Unfortunately, in his ruling, Judge Conley chose to ignore the existence of regretful former transsexuals as well as evidence demonstrating the dangers of attempting to change one’s sex.  By so doing, he is causing great harm to young people and others who are suffering from temporary and treatable gender confusion.