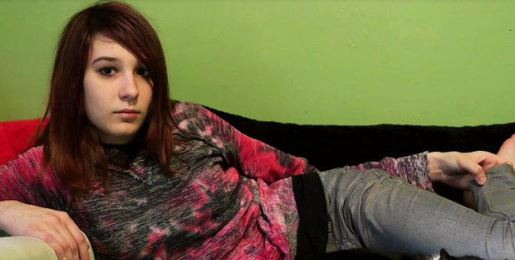 Through their foolishness, selfishness, and arrogance, “progressives” are responsible for the harm being done to children, teens, the family, the church, the First Amendment, and what’s left of American culture.

Through our ignorance, selfishness, cowardice, and passivity (if not apathy), we Christians are complicit in this harm.

The tragic story of a teenage boy—a senior in high school—who just two months ago underwent a grotesque amputation of his genitalia, illustrates the egregious and obscene nature of the evil that too many Christians have facilitated.

Caden Boone, who has changed his name to “Katherine,” underwent what the New York Times stupidly calls an “operation that had changed her, in the most intimate part of her body, from a biological male into a female.”

Any scientist with the courage to speak truth in a public square dominated by anti-science ideologues would explain that no human can change from a biological male into a female.

It’s excruciating to say this, but charlatan doctors are changing teenage boys, not into girls, but into de facto eunuchs.

According to the Times, Caden Boone never demonstrated the usual childhood signs of gender dysphoria:

Kat Boone did not fit the stereotype of a girl trapped in a boy’s body.

As a child, she dressed in jeans and shirts, like all the other boys, and her best friend was a boy. She liked to play with cars and slash bad guys in the Legend of Zelda video games. She still shuns dresses, preferring skinny jeans and band T-shirts.

But as a freshman in high school in Cazenovia, N.Y., she became depressed and withdrawn. “I knew that the changes going on with puberty were not me,” Kat said. “I started to really hate my life, myself. I was uncomfortable with my body, my voice, and I just felt like I was really a girl.”

When she discovered the transgender world on the Internet, she had a flash of recognition. “I was reading through some symptoms, not really symptoms, but some of the attributes of it did click,”

Boone, whose father moved out when he was in fifth grade and who had never demonstrated discomfort with his sex, became depressed during his freshman year in high school and had his penis amputated before he graduated three years later.

The Times reporter acknowledges that “there are no proven biological markers for what is known as gender dysphoria.”

The Left is really getting tied up in intellectual knots as their doctrinaire assumptions about race, homosexuality, biological sex, “gender,” and “identity” come home to roost. In their lowered consciousness, “progressives” are doing what roosting chickens do: excrete excrement. Unfortunately, they’re also tracking their doo-doo all over the lives of young people.

We’ve been told that the binary categories of male and female are arbitrary and socially constructed, shaped by societal conventions and expectations. But then why do so many “transwomen” insist that their desire to dress like caricatures of 1950’s pin-up girls is evidence of their “female brains”?

And if there exist no substantive and real differences between men and women, why do homosexuals claim they’re attracted only to those of their same sex?

Who’s being compelled to lie?

Syndicated columnist Clarence Page, who both is and “identifies” as black, compares Bruce Jenner’s gynophilia to the “negrophilia” of Rachel Dolezal, the white woman who identifies as black:

Dolezal…says she wants to look the way she feels inside. That’s her right, as long as she’s honest about it. Jenner made news by “living his truth,” as many in the transgender community say. Dolezal lived a lie.

What about less famous “transpeople” who are hormone-doping, lopping off body parts, stitching on other body parts, changing birth certificates, driver’s licenses, and falsely claiming to be the opposite sex? Do they have an obligation to tell everyone what Jenner because of his fame will never have to tell (i.e., that he is in reality a man)? Does the obligation not to tell a Dolezal-like whopper require all “transpeople” to fess up to their real sex? Are men who are passing as women living a lie? “LGBT activists claim that “transpeople” are not living a lie, because they are living the truth of their “gender identity.” But there’s also the pesky phenomenon of biological sex. Many believe that subjective desire is subordinate in importance to objective reality.

Connection between love and truth

“Progressives” talk endlessly about “identity,” squishing their definition into whatever shape suits their libidinous appetite for morally untethered sexuality. My generation (referred to by a waggish millennial pastor friend of mine as the “worst generation”) advocated free love. We’ve all been duped. The costs are incalculable, and in order to know which acts (including speech “acts”) are loving requires first a knowledge of truth.

So, for example, if homoeroticism is neither ontologically nor morally equivalent to heterosexual activity, then affirming it as such is not loving.

If homoerotic desire and activity are not ontologically equivalent to race, then affirming them as equivalent is either foolish ignorance or evil.

If homoerotic activity is, in reality, immoral, it is feckless and unloving to assert that it is moral.

If biological sex (i.e., being male or female) is an immutable, profoundly meaningful, and objectively good ontological reality, proclaiming it mutable or subordinate to disordered desire is at best ignorant, at worst evil.

If love sometimes requires that humans tell their friends or family members that they ought not act on a powerful, persistent desire, then it is deeply dishonest to assert that society must affirm homoerotic activity and relationships simply because homoerotic desire is powerful and persistent.

Identity according to “progressives”

The Left created and exploits a deformed conceptualization of identity because it serves their lust for sexual autonomy.

Identity may signify the aggregate of all personal phenomena. These phenomena can be roughly and simplistically divided into categories:

Alternatively, identity can refer to aggregate of unchosen feelings and freely chosen values and beliefs that individuals affirm as good and upon which they think it’s morally legitimate to act.

“Progressives” seek to confuse people by demanding that society treat all categories as ontologically identical, which in turn serves their social and political ends. In their twisted world, if it’s wicked to judge a particular eye color as wrong or inferior, then it’s wicked to judge someone’s freely chosen actions (well, primarily actions related to sexuality) as wrong.

Anyone who claims to find their identity in Christ has an obligation to expose the unfruitful deeds of darkness and to try to protect children. Most Christians—including our religious leaders—have failed and continue to fail.

We have failed because of our own selfish desire to live outside God’s stipulations for sexuality, marriage, and divorce.

We have failed because of our own intellectual, moral, and spiritual sloth.

We have failed because of our cowardly refusal to suffer for Christ and His Kingdom.

In the current cacophonous din borne in damning darkness, our children are hearing that turning Caden Boone into a eunuch is a sign of love.  And still we say nothing.

Pride Really is Nothing to Boast About

Which “Trans” Reality Matters? Biological or Phantasmical
b
a
x
r