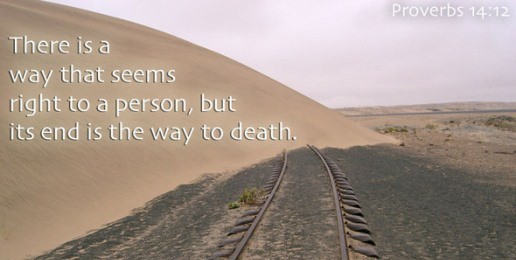 Tragically, three days after Christmas, 17-year-old Joshua Alcorn committed suicide by stepping into the path of a tractor-trailer. Josh suffered from both gender dysphoria and depression. He left behind a suicide note that lays the blame for his pain on those in society who reject the assumptions of the Left about gender confusion, including his Christian parents.

Josh was particularly upset that his parents did not support his decision to start “transitioning,” which is yet another deceitful Leftist term because it suggests that one can transition from one sex to the opposite sex—a claim the Left implicitly acknowledges is impossible. Their implicit acknowledgement comes in the form of changing the name of the surgical procedure that mutilates healthy bodies from “sex reassignment” surgery to “gender confirmation” surgery. Though such surgery does, indeed, provide confirmation of the presence of a serious delusion or disordered desire, it does not confirm any objective existential reality.

But perhaps Josh was wrong. Perhaps his parents, motivated by love, were right in standing firm for the truth that he was in reality a boy. Perhaps they had read  in The Guardian that “There is no conclusive evidence that sex change operations improve the lives of transsexuals, with many people remaining severely distressed and even suicidal after the operation, according to a medical review….of more than 100 international medical studies of post-operative transsexuals by the University of Birmingham’s aggressive research intelligence facility.”

Perhaps they had read about the study of 324 “sex-reassigned” men and women published in 2011 which found that they “have considerably higher risks for mortality, suicidal behaviour, and psychiatric morbidity than the general population.”

Or perhaps Josh’s parents had heard about the deep regret some men and women experience following their sex “reassignment” butchery.

Perhaps the depression and suicidal ideation that gender-confused teens, post-op “transsexuals,” and homosexuals experience results in part from societal disapproval,* but perhaps their anguish results at least in part from apprehension of the truth that God has written on their hearts regarding homoerotic activity, cross-dressing, and bodily mutilation.

Or perhaps both depression and disordered desires related to sexuality are symptoms of other underlying problems.

Unfortunately, homosexual and “trans”activists are making it impossible to explore such possibilities. They vehemently oppose such exploration even if it may result in less suffering for those who experience same-sex attraction or gender confusion.

Homosexual and “trans” activists are not interested in finding ways to mitigate suffering unless such ways include promoting their assumptions about homoerotic activity and gender confusion. They will tolerate no discussion of theories regarding causation that may undermine their social and political goals of compulsory affirmation of their non-factual beliefs. The promotion of their self-serving sexuality ideology supersedes everything, including the welfare of others.

Since the Left dominates academia, the arts, and the mainstream press, we all know what they believe about homoerotic attraction, gender dysphoria, and the depression that often accompanies both, but here are some other ideas that are worthy of consideration:

Acknowledging the profound suffering of Josh Alcorn should not lead other parents of similarly suffering teens to affirm their desires or to blindly accept that Josh’s posthumously published words reflect the real cause of his suffering. Most teens at some point or many points blame their parents for their suffering in matters great and small.

With nothing but the words of a deeply depressed, confused, and despairing teen for evidence, the vicious, foolish, and supremely arrogant homosexual activist and bully extraordinaire Dan Savage heaped more pain upon grieving parents by writing that Josh’s “parents threw ‘her’ in front of that truck. They should be ashamed—but 1st they need to be shamed. Charges should be brought.”

Apparently homosexual and “transgender” activists like Savage hold the peculiar view that in order to properly love teens, parents must affirm all of their beliefs, feelings, and volitional acts. But wiser minds understand that parental love for children who experience unchosen same-sex attraction or gender confusion is not demonstrated through affirmation of disordered desires.  Genuine love is inseparable from truth. Parents of children who experience same-sex attraction or gender dysphoria must learn how to communicate their love while always affirming truth about sexuality, gender, embodiment, and human flourishing.

If Christians hope to alleviate the suffering of children and adults who experience same-sex attraction or gender dysphoria, they must guard against the lies that now devour them. Don’t believe the lie that speaking truth in love causes death. And don’t believe the false accusations of those who do not know truth.

Instead, remember these words from Jesus who accuses rightly:  “You are of your father the devil, and your will is to do your father’s desires. He was a murderer from the beginning, and does not stand in the truth, because there is no truth in him. When he lies, he speaks out of his own character, for he is a liar and the father of lies” (John 8:44). It is the Father of Lies who deceived Josh and then falsely accuses all those who follow Christ for Josh’s suffering.

Alliance to Censor Speech on the Internet