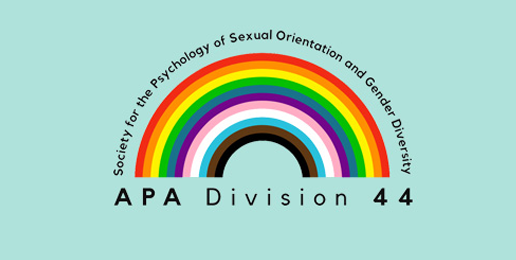 “Impedimenta: objects, as provisions or baggage, that impede or encumber”

No one with an iota of integrity, a morsel of morality, or a pittance of professionalism should ever cite the American Psychological Association (APA) again. Why not, you may be wondering. Well, the APA has a special area called Division 44 (kind of like Nevada’s Area 51). Division 44 is also called “The Society for the Psychology of Sexual Orientation and Gender Diversity (SPSOGD).” Division 44 was founded “in 1985 by a group of pioneering LGB psychologists and their allies,” and one of its primary purposes is to “promote the development and delivery of affirmative psychological services to lesbian, gay, bisexual, and transgender and gender nonconforming and queer people.” In the service of this purpose, last year Division 44

formed a task force on consensual non-monogamy (CNM), in recognition of relationship diversity, which intersects with sexual/gender identities in interesting ways.

“Consensual non-monogamy” is a euphemism for adultery, sexual infidelity, or polyamory. Leftists must paint sexual immorality with a glossy finish if they’re going to deceive people and advance their socially destructive ideology.

And make no mistake, the CNM Task Force is hell-bent on advancing their ideology using precisely the same tactics that homo-activists and “trans”-activists use. They are portraying polyamorists and other sexually unfaithful persons as victims and cultural disapproval as an unmitigated evil, known in the dystopian “progressive” world as “discrimination”:

[T]here is clearly a stigma attached to practicing consensual non-monogamies. Forthcoming research by Ryan Witherspoon, PhD, a project lead of the CNM task force, indicates that more than half of CNM-identified individuals have experienced anti-CNM discrimination in some form, despite frequently concealing their CNM practices.

To Leftists, there is nothing shameful but shame itself—oh, and conservative moral positions on sexuality. Those are totally shameworthy and to be stowed away in closets.

According to the APA,

Division 44’s Consensual Non-Monogamy Task Force promotes awareness and inclusivity about consensual non-monogamy and diverse expressions of intimate relationships. These include but are not limited to: people who practice polyamory, open relationships, swinging, relationship anarchy and other types of ethical non-monogamous relationships.

The Consensual Non-Monogamy Task Force is co-chaired by perversion advocate and University of California, Berkeley licensed counseling psychologist Heath Schechinger and perversion advocate Amy Moors, who is an associate professor of psychology at Chapman University where she “examines diverse expressions of sexuality, including how stigma affects well-being among sexual minorities and people engaged in consensually non-monogamous relationships.”

She and Schechinger are both connected to the Kinsey Institute, she as a research fellow and Schechinger as an advisor to the Kinsey Institute’s Kenneth R. Haslam Collection on Polyamory, named after Dr. Kenneth Haslam who self-identifies as a “Golden Age polyamory activist. Long retired anesthesiologist. Gadfly. Troublemaker. Heretic. Single but not alone. Sex positive. Unitarian Universalist.”

Schechinger is particularly excited about a letter he co-wrote asking the task force to “be inclusive of non-monogamy and kink.” In the letter, there is a link to a petition which includes a request to  include “consensual non-monogamy as a protected class.” (No one can honestly say they weren’t warned about the dangers of adding “sexual orientation” to anti-discrimination policies and laws.)

The Consensual Non-Monogamy Task Force’s Advisory Board includes the following:

Kind of an ideologically non-diverse task force, wouldn’t you say? I guess ideological diversity would fly in the faces of devotees of diversity. Can’t have that, say the tolerant among us.

We should expect nothing other than ideological uniformity, confirmation bias, and moral vacuity from this task force.

In the Great Awokening that really got churning in the late 20th Century, woke people increasingly abandoned Scripture, common sense, and even hard science as arbiters of morality, truth, and reality. Village wokesters filled the knowledge gap with ideological impedimenta from the pseudosciences, also known as the soft sciences.

“Progressives,” impelled by a self-centered obsession with sexual autonomy and absent a commitment to objective truth or the notion of a public good, have long abused the woefully unstable social sciences to advance their libertine goals. They will exploit methodologically flawed pseudoscience and hijack mental health organizations to defend and promulgate their subversive sexual philosophy. When exploited research is exposed as deeply flawed, the foolish but powerful among us just move on knowing that Americans have short memories and atrophying powers of coherent thinking, and that the mainstream media are loathe to expose anything that undermines the continuing sexual revolution.

The American Psychological Association’s sexual bias and ignorance are showing. The APA is a tool for sexual deviance advocacy. Time for the morally and intellectually slumbering masses who’ve been massively duped by wokesters to wake up.