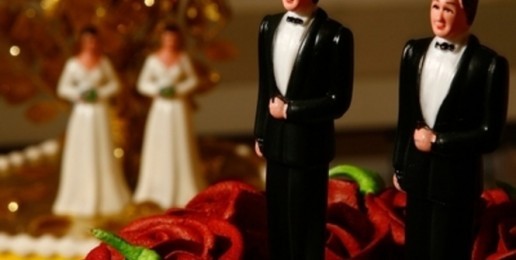 Homosexual activists abandonded their push for gay so-called “marriage” to focus on the less offensive name of “civil unions.”

ACTION: This bill will be heard in the House Youth and Family Committte this Thursday. Please call the following members of this committee and ask them to VOTE ‘NO’ on HB 2234. (We need 4 ‘NO’ votes to stop this bill.) Springfield needs to hear from you right away:

MORE ACTION: If you believe in keeping marriage from being radically redefined and devolving into something it is not, please send your most generous contribution to Illinois Family Institute today by clicking HERE.

While the momentum nationwide to protect marriage from homosexual pressure groups is encouraging, homosexual activists decided that the word “marriage” may be too much to ask for at this time. So they have pushing this “compromise” bill that is only different in name.

Make no mistake: government-sanctioned “civil unions” or “domestic partnerships” would undermine our culture, faith, values and traditions just as quickly as legalizing homosexual “marriage.” We must not settle for any counterfeit that would legitimize immoral homosexual relationships, no matter what it is called.

Your secure online donation today will enable us to dig our heels in and protect marriage in the State of Illinois. We will not back down. We will not rest. But we need your contribution to work against this attack on the family.

If liberal lawmakers and homosexual activists have their way in Illinois, the consequences to families and religious liberties as we know it will be devastating. We will not back down now… we cannot.

Is Illinois Going to Be the Last State to Fully Protect Marriage?
Help IFI Stand Up to Homosexual Agenda’s Push for Homosexual “Civil Unions” in Illinois

If you believe in keeping marriage from being radically redefined by homosexual activists, please send your most generous contribution to Illinois Family Institute today. We are supported by voluntary donations from individuals like you across the state of Illinois. Donations to IFI are tax deductible.