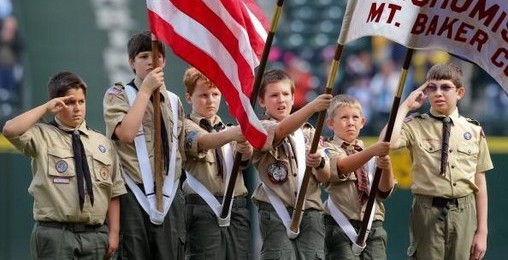 “We promote an environment of diversity and inclusion,” says UPS spokeswoman Kristen Petrella. “UPS is a company that does the right things for the right reason.”  Ironically, failure to exclude morally flawed leaders may cost the Boy Scouts millions of dollars in lawsuits because of past abuses by homosexual scoutmasters.

Peter LaBarbera, President of Americans for Truth About Homosexuality, says that the company’s definition of “diversity” amounts to discrimination of its own.  “They call it non-discrimination, but what they mean is they intend to discriminate against and punish organizations which abide by a moral code or a faith creed.”

Deron Smith, public relations director for the Boy Scouts of America, says the decision will negatively impact the youth of the nation.

“These types of contributions go directly to serving young people in local councils. We have 110,000 units across the country who benefit from corporate grants like these.”

Homosexual activists have been badgering the Boy Scouts of America to abandon their policy on homosexuality, which is strongly supported by those active in Scouting and by the parents of Boy Scouts.

UPS is a strong supporter of the homosexual rights movement. The UPS Foundation provided a recent grant of $100,000 to the Human Rights Campaign (HRC), the nation’s leading homosexual advocacy organization — an organization that has a $40+ million dollar annual budget.  The HRC keeps track of LGBT-friendly companies and has consistently given UPS a score of 100 percent. UPS has even bragged about the score. The Human Rights Campaign frequently labels people and organizations like IFI “homophobes” and “bigots” if they believe God’s definition of marriage should not be redefined.