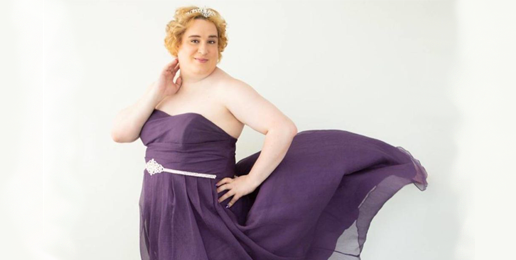 The “trans” cult argues that biological sex is unimportant and always, in every context and activity, subordinate to “gender identity,” which is constituted by subjective, internal feelings about one’s “maleness” or “femaleness.” In the “trans” mythology, “gender identity” has nothing to do with biological sex. Therefore, a human with XY chromosomes and a natal penis can be a woman if he so conceives himself to be. If he dreams it, he is she. No need to get rid of any appendages because women can have penises.

One of these mythological women–“Jessica” Yaniv (sometimes Jonathan) emailed esthetician Marcia da Silva, owner of a home-based salon in Canada who provides Brazilian waxes for real women. The mythological woman–complete with the anatomical accouterments of real men–requested a Brazilian wax around said accouterments. The owner of the salon refused because she was neither comfortable depilating nor trained to depilate hirsute dojiggers. You probably know what happened next.

Yaniv, the mythological woman, pirouetted right down to the Human Rights Tribunal in his stilettos to file a complaint against this woman for discriminating against him based on “gender identity.” This is the 16th female esthetician–“almost all of whom come from minority backgrounds”–against whom he has filed a complaint. He managed to extort $2,500 from one young, single mother who paid him to have the complaint dropped.  According to the Post Millennial, “Fighting JY’s discrimination complaint all the way through to a hearing would cost each esthetician between $20,000-30,000 or more.” But isn’t it sexual assault when a man forces a woman against her will to touch his dojigger? What does the #MeToo movement think about this?

But there’s more. The perverse Yaniv who fancies himself a woman and wants to force women against their will to wax his private parts also wants to help minor girls with their menstrual pads and tampons and wants to rent a public pool for a topless pool party for “LGBTQ” persons between the ages of 12-24. His request to appear before a Township Council asks for,

permission for LGBTQ2s+ organizations to be allowed to host an ‘All-Bodies Swim’ at… civic pools… for all people aged 12+ where these events will be restricted to LGBTQ2S, and individuals will be permitted to be topless (at their leisure), in compliance with the laws of Canada and where parents and caretakers will be prohibited from attending these events as it’s considered safe and inclusive.

Wait, the event is “inclusive,” but he wants to exclude parents? Hmmm…

As Dr. Robert A. J. Gagnon has written about Yaniv’s complaint, “This will be compulsory in the U.S. if the “Equality Act” (so-called) is signed into law.” The Equality Act would change the definition of “sex” in the Civil Rights Act of 1964 to include “gender identity,” thereby legally prohibiting recognition of sex differences anywhere and everywhere. Further, it explicitly nullifies religious liberty protections.