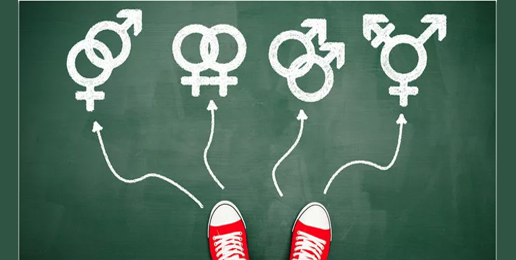 The recently released policy statement from the American Academy of Pediatrics (AAP) in support of chemical and surgical interventions for children and teens who experience gender dysphoria, or who falsely believe they are the sex they are not, or who wish they were the sex they are not is being trumpeted far and wide by “progressives” and “progressive” organizations. That document, dripping with leftist, politically-constructed language, is titled, “Ensuring Comprehensive Care and Support for Transgender and Gender-Diverse [TGD] Children and Adolescents.”

1.) The policy was created by only 28 medical doctors, 2 psychologists, 1 nurse practitioner, 1 social worker, and 1 person with a PhD in behavioral sciences. At least 4 of those involved in creating the policy are not members of the AAP.

2.) In addition to the 33 people listed as writers, contributors, or liasons at the conclusion of the policy, only about another dozen members of a board would have voted on it.

3.) The policy was not presented to all 67,000 members of the AAP for a vote, nor are minority reports solicited. In fact, most of the 67,000 AAP members would not have seen the policy before it was released to the public.

So, all we know is that fewer than 60 members of the 67,000-member AAP created and voted for the new policy affirming the chemical sterilization and surgical mutilation of minors. One would think the mainstream press would include this salient information when reporting on the destructive and politicized policy.

You can read the AAP recommendations here, but a plain-speaking summary should suffice. According to the AAP,

Note what the AAP doesn’t recommend.

Maybe the 33 AAP members could explain why adolescents who experience incongruence between their anatomical wholeness and their internal sense of themselves as amputees (i.e., those with Body Integrity Identity Disorder) should not be permitted surgical intervention to achieve a sense of congruence. Why is it justifiable to amputate the healthy breasts or testicles of those who identify as “gender diverse” or “trans” but not justifiable to amputate a leg below the knee in order to alleviate the feelings of incongruence that those with Body Integrity Identity Disorder experience? Why shouldn’t we allow “amputee wannabes” to socially transition at school even without surgery by being permitted use of wheel chairs and handicapped parking, and allowed more time for passing periods? Why shouldn’t school forms be required by law to falsely identify bodily whole students as having orthopedic impairments?

The 33 AAP members cite the non-medical, highly political Gay, Lesbian, and Straight Education Network (GLSEN) whose sole reason for existence is to exploit government schools in its quest to normalize homosexuality and the “trans” ideology. GLSEN’s non-medical, non-objective claim cited by the AAP is that schools that prohibit co-ed restrooms are guilty of having “antibullying policies” that don’t provide “specific protections for gender expression.” Never mind that sex-segregated restrooms provide specific protections based on biological sex. That doesn’t matter to either GLSEN activists or the 55 people who devised and voted for this boneheaded AAP policy.

While wandering through the thicket of citations carefully selected by the 33 AAP members, I made an interesting discovery. The AAP policy statement cited an article titled “Gender Variance and Dysphoria in Children and Adolescents,” which in turn cited an AAP document titled, “Childhood Gender Nonconformity: A Risk Indicator for Childhood Abuse and Posttraumatic Stress in Youth,” which examines the prevalence of abuse among “gender nonconforming” children. That AAP article states this:

Our study cannot determine the causal relationship between abuse and gender nonconformity; in other words, the extent to which nonconformity is a risk factor for abuse versus an indicator of abuse. (emphasis added)

One of the contributors to the AAP pro-sterilization/pro-mutilation policy is Dr. Robert Garofalo. He is the openly homosexual, HIV-positive doctor who is the Division Head of Adolescent Medicine at Ann & Robert H. Lurie Children’s Hospital of Chicago. In a May 2015 Chicago Magazine profile of him titled “The Change Agent,” Garofalo admits that he “has had patients as young as 15 undergo top surgery.” That was then… this is now, and now double-mastectomies are ravaging the healthy bodies of girls as young as 13.

Another contributor to the new AAP policy and chief architect of the first policy is Dr. Ellen Perrin. A Tufts University profile of Perrin reports that for her, “pediatrics is more than just medicine; it’s a vehicle for social change.” A 2006 Boston Globe profile of Perrin says, “Politics, specifically politics with a progressive tincture, is in Dr. Ellen Perrin’s blood.” Further Perrin, who was “chair of Pro Family Pediatricians—a group of pediatricians opposed to the Federal Marriage Amendment,” shared that “[a]dvocacy is one of the things I do.”

Fortunately for children, there’s another medical organization that has sprung up precisely because of the radical positions taken by the AAP: the American College of Pediatricians (ACPeds). You may have heard of ACPeds because the very name sends shivers of revulsion (or is it fear) up the spines of “progressives” everywhere. Why? As I asked a year ago, is it because ACPeds is composed of charlatans and snake oil salespersons who received their medical degrees from Rufus T. Firefly’s University of Freedonia?

ACPeds is ridiculed because it holds different positions on the treatment of gender-dysphoric minors. Leftists are reluctant to discredit ACPeds based solely on disagreement about treatment protocols because that argument becomes circular: “You can’t trust ACPeds because it doesn’t support ‘gender affirmative’ protocols, and we all know ‘gender affirmative’ protocols are right.”

So, how do liberals attempt to discredit ACPeds which was founded just sixteen years ago? They do so by citing the fact that the number of members is lower than the number of AAP members—which was founded 87 years ago. That’s still a fallacious argument (i.e., appeal to popularity), but it works as a soundbite and it works for the  ignorant among us of which there are many.

Meanwhile the AAP continues to provide reasons for pediatricians to join ACPEDS. In September 2016, the AAP discredited itself as an impartial, unbiased medical organization when it announced that henceforth it would be partnering with the nation’s largest pro-homosexual/pro-“trans” activist organization, the radical Human Rights Campaign (HRC). I wonder how many of the 67,000 AAP members voted to partner with the HRC.

Here are some HRC recommendations  from its guide for schools:

Leftists assume that hard science provides all the answers to our ethical questions, and, therefore, we need only defer to our objective scientific organizations to point the way to sexual Shangri-La. But science does not provide answers to moral questions, and our scientific organizations are not objective. When in ten or twenty years the medical community and public at large are faced with the enormity of the harm done to children and teens by the “trans” ideology, I hope feckless doctors, school administrators, teachers, and “progressive” pundits are still around to answer for the damage they facilitated.

Science-Y Fiction on Masking
b
a
x
r