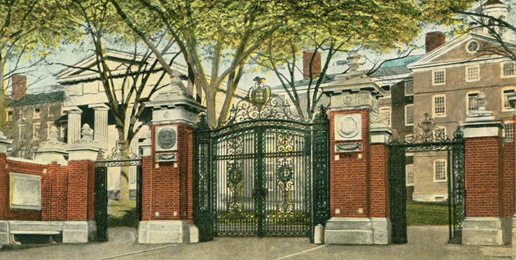 Brown University Caves to Cross-Dressers and Their Collaborators
Written By Laurie Higgins   |   08.30.18
PRINT

On August 20, 2018, in an article on foolish public school administrators and board members who are permitting co-ed restrooms, I referred to a recently published study by Dr. Lisa Littman, physician and associate professor of the practice of behavioral sciences at radical Ivy League Brown University. Her study is on “Rapid Onset Gender Dysphoria” (ROGD) among mostly female “adolescent and young adult” (AYA) children, a relatively new phenomenon discussed by concerned parents in online forums. Dr. Littman describes this phenomenon and urges further study:

In recent years, a number of parents have been reporting in online discussion groups… that their adolescent and young adult (AYA) children, who have had no histories of childhood gender identity issues, experienced a rapid onset of gender dysphoria. Parents have described clusters of gender dysphoria outbreaks occurring in pre-existing friend groups with multiple or even all members of a friend group becoming gender dysphoric and transgender-identified in a pattern that seems statistically unlikely based on previous research. Parents describe a process of immersion in social media, such as “binge-watching” Youtube transition videos and excessive use of Tumblr, immediately preceding their child becoming gender dysphoric. These descriptions… raise the question of whether social influences may be contributing to or even driving these occurrences of gender dysphoria in some populations of adolescents and young adults.

On August 22, 2018, Brown University crossed the Leftist line and published a news story about Dr. Littman’s study and hoo boy did Brown feel the wrath of men in dresses with flowing tresses and bearded women in dungarees. Five days later, Brown took down the offending article and invented a rationalization to mask their censorship. First, they claimed concern about Littman’s study design:

In light of questions raised about research design and data collection related to the study on “rapid onset gender dysphoria,” the University determined that removing the article from news distribution is the most responsible course of action.

Even as “LGBTQQAP” activists have touted these deeply flawed studies everywhere for years, how often have Leftist academicians criticized them for convenience sampling, confirmation bias, small sample size, non-replicated conclusions, and self-reported responses?

The University and School have always affirmed the importance of academic freedom and the value of rigorous debate informed by research. The merits of all research should be debated vigorously, because that is the process by which knowledge ultimately advances, often through tentative findings that are often overridden or corrected in subsequent higher quality research. The spirit of free inquiry and scholarly debate is central to academic excellence.

But their de facto apology to Big Brother (who now identifies as Big Sister and uses the pronoun “ze”) exposed what’s really going on and contravenes their claim to be committed to “academic freedom” and “rigorous debate”:

At the same time, we believe firmly that it is also incumbent on public health researchers to listen to multiple perspectives…. This process includes acknowledging and considering the perspectives of those who criticize our research methods and conclusions…. There is an added obligation for vigilance in research design and analysis any time there are implications for the health of the communities at the center of research and study.

The School’s commitment to studying and supporting the health and well-being of sexual and gender minority populations is unwavering. Our faculty and students are on the cutting edge of research on transgender populations domestically and globally. The commitment of the School to diversity and inclusion is central to our mission, and we pride ourselves on building a community that fully recognizes and affirms the full diversity of gender and sexual identity in its members. These commitments are an unshakable part of our core values as a community. (emphasis added)

If I may be so presumptuous as to translate sophistry into plain English, Brown is saying that the feelings of “trans”-activists trump all other considerations. No matter how well a study is designed and executed, if trannies don’t like the findings, “progressive” universities will not draw attention to it even if the study is conducted by their own faculty.

How could the health of “trans”-identifying persons be put at risk by studying whether there may be environmental causes for feelings of bodily alienation, the examination of which may result in the dissipation of gender dysphoria without social “transitioning,” surgery, or lifelong cross-sex hormone-doping?

To fully grasp how troubling this censorship effort is, it’s important to know a bit about what Littman’s study found:

The description of cluster outbreaks of gender dysphoria occurring in pre-existing groups of friends and increased exposure to social media/internet preceding a child’s announcement of a transgender identity raises the possibility of social and peer contagion. Social contagion is the spread of affect or behaviors through a population. Peer contagion, in particular, is the process where an individual and peer mutually influence each other in a way that promotes emotions and behaviors that can potentially undermine their own development or harm others. Peer contagion has been associated with depressive symptoms, disordered eating, aggression, bullying, and drug use.

It is plausible that online content may encourage vulnerable individuals to believe that nonspecific symptoms and vague feelings should be interpreted as gender dysphoria stemming from a transgender condition. Recently, leading international academic and clinical commentators have raised the question about the role of social media and online content in the development of gender dysphoria. Concern has been raised that adolescents may come to believe that transition is the only solution to their individual situations, that exposure to internet content that is uncritically positive about transition may intensify these beliefs, and that those teens may pressure doctors for immediate medical treatment.

According to Littman, parents report that their children “had many comorbidities and vulnerabilities predating the onset of their gender dysphoria, including psychiatric disorders, neurodevelopmental disabilities, trauma, non-suicidal self-injury (NSSI), and difficulties coping with strong or negative emotions.” Here are three of the case studies Littman summarizes to illustrate some possible causes of ROGD, including social contagion and trauma:

This effort to quash dissemination of the study exposes again the hypocrisy of “progressives.” Remember the oft-recited argument for all sorts of policies, practices, and laws, “If we could save one life…” Well, don’t expect sexual anarchists to apply it consistently. If one or one hundred teens could be spared chemical sterilization and surgical mutilation by examining reasons other than body misplacement for feelings of bodily dissatisfaction, don’t expect the “trans” community to support it. No sireee, their doctrinaire dogma must be defended at all costs, even the cost of children’s bodily integrity and psychological health, and academic freedom.

All of America’s essential and historically most treasured principles, like speech rights, association rights, religious liberty, and sound pedagogy, are being devoured and vomited out by sexual deviants with inordinate amounts of cultural power, and most conservatives do exactly what Brown University did: We hold their barf bag.