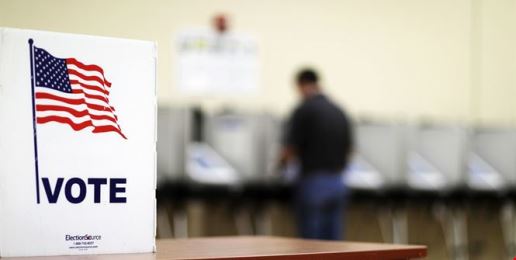 The Presidential Advisory Commission on Election Integrity has held only two public meetings so far, but it’s already netted a haul of eye-opening data.

At last Tuesday’s meeting in New Hampshire, Ken Block, a data mining expert and former adjunct professor of technology and business at the University of Rhode Island, presented a summary of a 36-page study, “America the Vulnerable: The Problem of Duplicate Voting.”

Compiled by the Government Accountability Institute partnered with Simpatico Software Systems and Virtual DBS, Inc., the reportconcludes that state election systems are shockingly vulnerable to fraud because of faulty voter roll maintenance.

By the way, voting twice is a felony, punishable by up to five years in prison and up to a $5,000 fine.

Scoffers might say that 8,471 is small potatoes in a nation where 130 million people voted in the November election in 2016.  But it’s only one of many ways to make vote fraud easier, and lots of elections are decided by slim margins. George W. Bush won the presidency in 2000 by a 537-vote margin in Florida, where 5,825,043 votes were cast.

In the 2016 presidential election in Florida, about 2,200 duplicate voters cast a ballot — four times Bush’s margin of victory in the state in 2000.

Democrat Al Franken unseated incumbent Republican U.S. Sen. Norm Coleman in Minnesota in 2008 with a final recount victory of 312 votes, sealing the 60th vote in the Senate for passage of Obamacare. It was later learned that more than 1,000 ineligible felon voters – an overwhelmingly Democratic constituency – cast ballots in the Minnesota race.

In New Hampshire, Republican U.S. Sen. Kelly Ayotte lost her seat by 1,017 votes to Democrat Maggie Hassan in November 2016 out of 739,140 cast. More than 5,500 same-day registrant voters with out-of-state driver’s licenses claimed residency but did not bother later to obtain New Hampshire licenses.

In Virginia, Democrat Mark Herring defeated Republican Mark Obenshain in the attorney general’s race by only 165 votes out of more than 2.2 million cast in 2013.

It’s clear that a few votes can swing an election, which is why voter registration rolls around the nation are long overdue for the kind of scrutiny they are finally receiving.

They tried to get them from other states, but some charge a king’s ransom, and others have sloppy records. For instance, more than 700,000 votes in New York’s dataset are labeled “General Election,” but no year is given.

Massachusetts makes it virtually impossible for anyone other than law enforcement agencies and political parties. You can get the data – if you go individually through all 351 cities and towns, which is prohibitive in time and cost. The Help America Vote Act of 2002 requires every state to maintain a centralized registration database, but, “in effect, Massachusetts and other states withhold this data from the public,” the report says.

Some quite elderly voters turned up, with 45,880 votes cast in 2016 by people whose birthdates were more than 115 years ago. The report notes that some states indicate a missing birthdate by using filler dates, such as 01/01/1900.

This might help explain some eye-opening data revealed in July in federal court in Broward County, Florida. The American Civil Rights Union (ACRU) is suing election officials over the county’s inflated rolls, in which 103 percent of eligible citizens are registered. Thousands of voters over 100 years old are listed, some as old as 130.

Last year, an ACRU volunteer researcher turned up 176 active voters 110 or older who voted in 2012 in three Pennsylvania counties. To put this in perspective, the 2010 United States Census found only 330 “supercentenarians,” that is, people 110 or older, in the entire nation.

As progressives howl that the election integrity commission should be disbanded despite already proving its worth, it will be fascinating to see the lengths to which the naysayers will go.

They just might wake Americans up to their real agenda.

As Evidence of Election Fraud Emerges, the Media Wants to Keep You in the Dark

What Have Liberals Got to Hide?
b
a
x
r