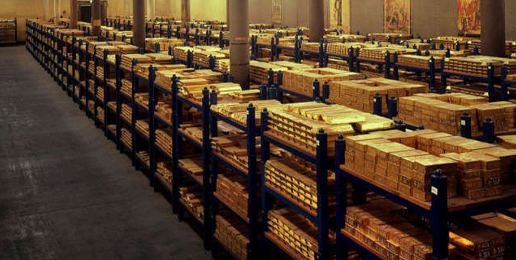 ‘Trillions of Dollars Are at Stake’: It is a Battle Over ‘The Future Wealth of the United States’
Written By John Biver   |   11.04.17
PRINT

Is that headline dramatic enough for you?

Since writing the four part series focusing on trade and manufacturing jobs (one, two, three, four), Jim Dicks at American Thinker added some interesting political information to the mix.

epic confrontation between the multinational corporations on one side (and their congressional politicians, to whom they have lavishly contributed) and the newly emerging Republican Party of the Little People on the other — the forgotten working class, championed by Donald Trump in his successful presidential run.

It is a crucial struggle, where, as stated best by Sundance of The Conservative Treehouse, “trillions of dollars are at stake.” It is a battle that will determine who controls the future wealth of the United States, where the manufacturing sector and portions of the service industry sector of the U.S. economy have been eroded, stripped from the United States and moved to cheap-labor countries, leaving behind a massive loss of jobs and wealth.

The goal of the Trump agenda is simply to “generate an economic renaissance with a dramatic infusion of wealth for middle-class workers,” Dicks wrote. President Trump “rejects the notion that the demise of U.S. manufacturing is inevitable and irreversible.”

Bannon believes that if we are to revitalize our moribund Obama economy and safeguard our future against the implications of profound technological advancements coming over the horizon, this economic and political reformation is essential. Corruption through bribery of our political class by multinationals must be stopped. Macro-level decisions concerning our national wealth must include the workers who build it and whose very future is at stake.

Bannon asked what’s more powerful: “the money of the corporatists or the muscle of the people”? His bet is on the people.

In part four, in my article I hyperlinked the words “creative destruction” to a definition of it at the website of the Library of Economics and Liberty. I’ve bolded the text on a key passage:

[Creative destruction] has become the centerpiece for modern thinking on how economies evolve.

[Economists who adopt the summary] of the free market’s ceaseless churning echo capitalism’s critics in acknowledging that lost jobs, ruined companies, and vanishing industries are inherent parts of the growth system. The saving grace comes from recognizing the good that comes from the turmoil. Over time, societies that allow creative destruction to operate grow more productive and richer; their citizens see the benefits of new and better products, shorter work weeks, better jobs, and higher living standards.

Herein lies the paradox of progress. A society cannot reap the rewards of creative destruction without accepting that some individuals might be worse off, not just in the short term, but perhaps forever. At the same time, attempts to soften the harsher aspects of creative destruction by trying to preserve jobs or protect industries will lead to stagnation and decline, short-circuiting the march of progress. … The process of creating new industries does not go forward without sweeping away the preexisting order.

It seems to me that the question of how many people will be permanently worse off is key. The page goes on to give helpful examples of how progress did away with jobs as technology evolved.

In a nutshell, cars wrecked the horse and buggy industry, planes lowered the number of people travelling by train, and “all this creation did not come without destruction.”

“Each new mode of transportation took a toll on existing jobs and industries”:

What occurred in the transportation sector has been repeated in one industry after another—in many cases, several times in the same industry. Creative destruction recognizes change as the one constant in capitalism. Sawyers, masons, and miners were among the top thirty American occupations in 1900. A century later, they no longer rank among the top thirty; they have been replaced by medical technicians, engineers, computer scientists, and others.

Technology roils job markets, as Schumpeter conveyed in coining the phrase “technological unemployment” E-mail, word processors, answering machines, and other modern office technology have cut the number of secretaries but raised the ranks of programmers. The birth of the Internet spawned a need for hundreds of thousands of webmasters, an occupation that did not exist as recently as 1990. LASIK surgery often lets consumers throw away their glasses, reducing visits to optometrists and opticians but increasing the need for ophthalmologists. Digital cameras translate to fewer photo clerks.

Companies show the same pattern of destruction and rebirth. Only five of today’s hundred largest public companies were among the top hundred in 1917. Half of the top hundred of 1970 had been replaced in the rankings by 2000.

Change is happening faster and faster — technology no longer creeps forward, it leaps, leaving many behind. We all know and live that. But many of those manufacturing jobs lost over the past few decades weren’t lost due to technology or progress. Many were just shipped overseas.

It is a fundamental fact: manufacturing is an important aspect of a nation’s wealth. Equally important is the fact that our nation’s policies should be geared towards benefiting our nation’s people. Like it or not, there is a segment of the population who will never write computer code or start a small business. What do we do about them? I don’t pretend to have the answer. The search for that answer is why the Illinois Family Institute decided to bring attention to John Westberg’s proposal. It is also why IFI provides this list of articles for anyone who wants to learn more on the topic.

As noted, click here for the rest of the articles on Trade and Manufacturing that I easily collected for about two years. Depending upon the value of anything new that I see, I will add links to the list.